A bullseye for North Morris Local 198 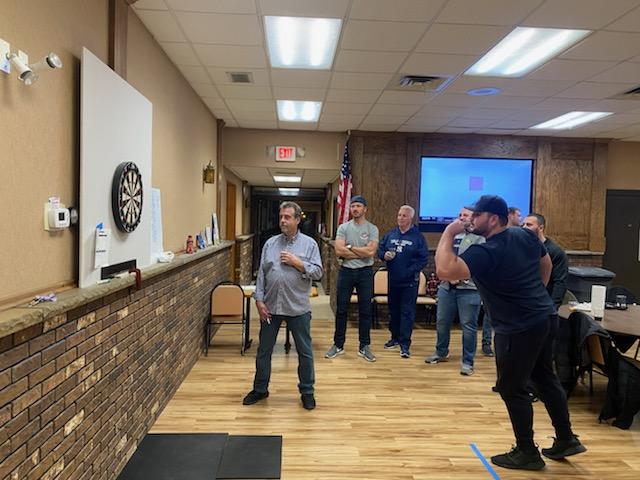 Bullseye. That’s what you’re aiming for when you play darts. And that’s exactly what North Morris Local 198 members hit with their recent fundraiser.

You may ask, why darts? Local 198 State Delegate Kyle Fontanazza would tell you that darts has become a hobby for his department and the others nearby.

“And once we put it out there, it turns out a lot of other departments had guys that did this kind of stuff, too,” he added.

The tournament was composed of 20 teams of two players who were charged $50 each. Spectators were invited to attend for $20, with all proceeds benefiting the Local 198 members from the Butler Police Department who participate in the Police Unity Tour.

Fontanazza knows the impact of this event. He has done the Unity Tour four times, and he’s not alone on his journey.

“The first two years I did it myself, last year I had someone else ride it with me and our Chief is planning to join us this year,” Fontanazza said.

As most know, the Unity Tour is no easy feat. And what motivated Local 198 to host such a unique event is to support the families of the fallen through the Tour, as well as the other events of National Police Week.

“Doing the ride itself is super special, but last year I was able to make it to the candlelight vigil, which was a total game changer,” Fontanazza
added. “I don’t think there’s a point in my life where I won’t go down.”

Local 198 raised $2,240 from the darts night, and members say they plan to host another one next year.