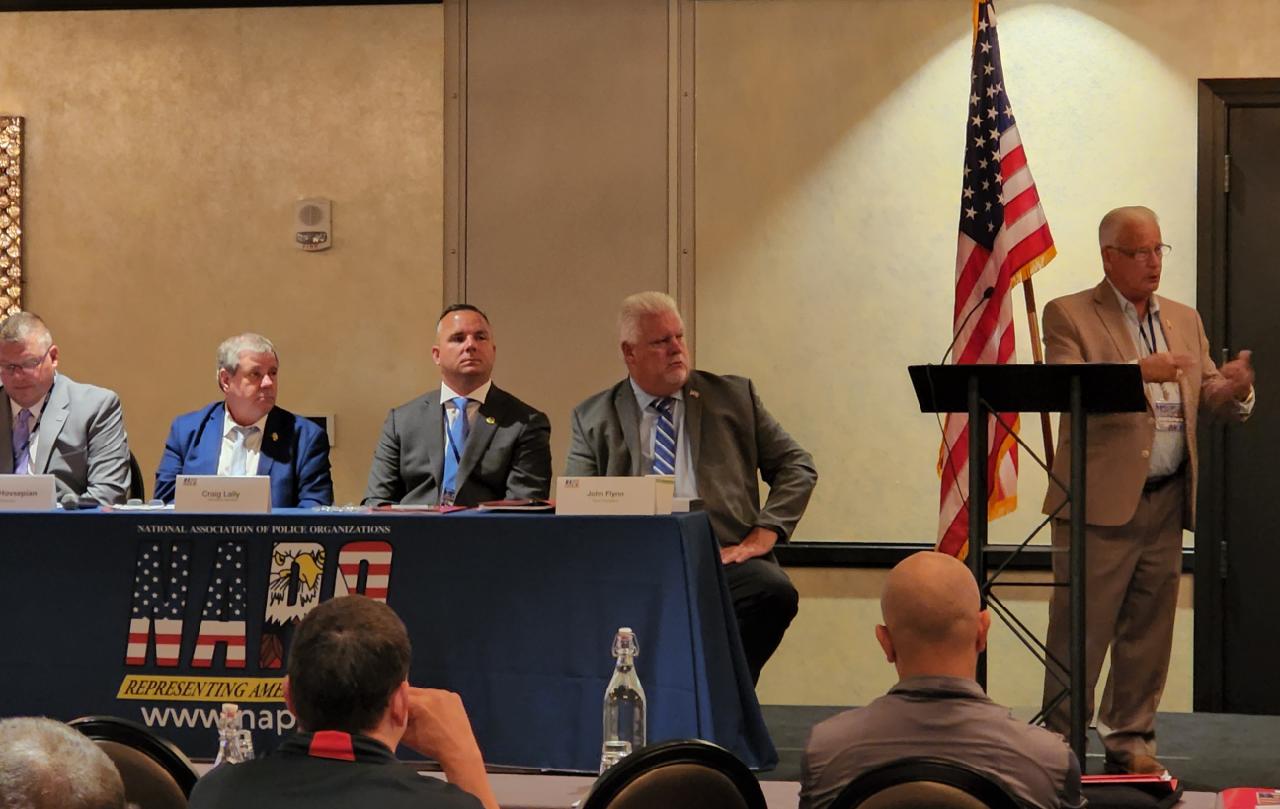 Keith Curry takes his position on the NAPO board between Vice President John Flynn, right, and Executive Secretary Craig Lally.

What makes Keith Curry, the Vernon Township Local 285 State Delegate, the perfect choice to step into the prestigious position of sergeant-at-arms for the National Association of Police Organizations (NAPO)?

What do you think, NJSPBA President Pat Colligan?

“He has been out there a few times and has interacted with a lot of those NAPO members,” Colligan answers. “It was important to have somebody that had some knowledge of it to begin with, which Keith did. So, it was a natural fit to move him up to Marc [Kovar]’s spot.”

At the NAPO meeting at the end of October, Curry, who had been representing the PBA as a regional vice president, was sworn in and stepped into the position left open when PBA Executive Vice President Marc Kovar retired. Kovar had also been filling the role of NAPO sergeant-at-arms for eight years.

Colligan noted Curry’s propensity to make decisions without any worries and said he has the ability to catch on quickly. Curry seemed to be the right leader in line to take the job and represent members with his expertise on the state PBA.

“We vote on a fair amount of issues,” Colligan emphasized. “Sometimes I’m not in the room. I know that Keith has a good working knowledge of how the state PBA works. Pete, Marc and I think that it was a no-brainer to just elevate him to Marc’s sergeant-at-arms spot.”

Kovar agrees with Colligan and pushed for Curry. He seems to be the perfect candidate in the eyes of Kovar, who describes him as a good listener, someone who has a way with politicians and skills in business. Kovar confirms that Curry has the appropriate experience with NAPO, which will enable him to stick up for the organization.

“He will be a fresh voice for the members,” he said. “He always has his ears to the ground.” 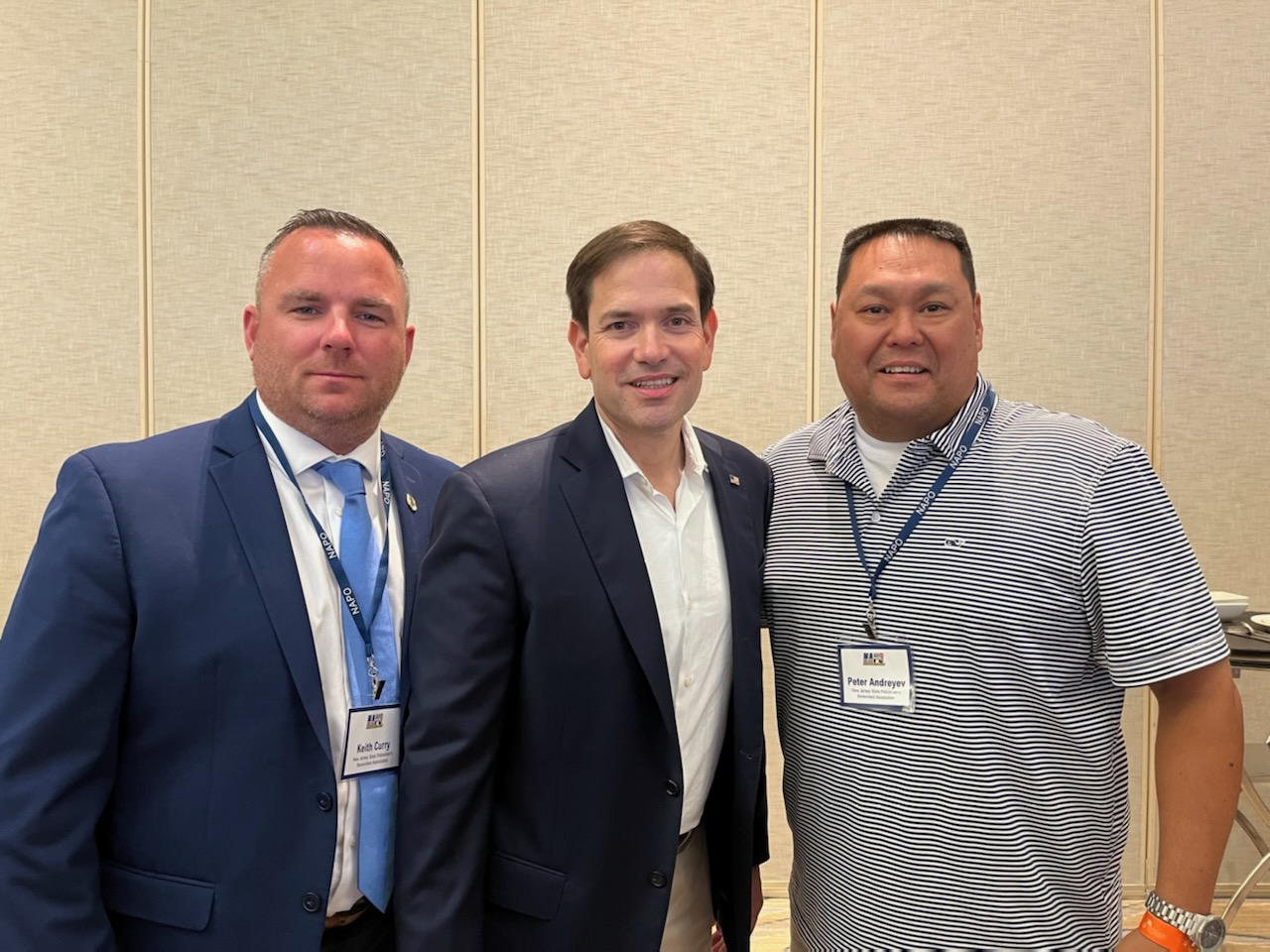 Curry confesses that he has observed Kovar representing the PBA as a NAPO executive board member. He believes he has gained much from keeping his eyes and ears open, rather than his mouth.

He has seen progress with the involvement with NAPO, especially with meetings and conferences. Representing the PBA as one of the largest groups in NAPO is a crucial responsibility for him.

Curry says that NAPO leans on the NJSPBA because of the way it runs, and how it does a great job of being involved politically, which benefits both organizations. As a longtime member, Curry has forged a good relationship with NAPO.

Relationships are key to Curry, whether it’s with politicians or business leaders, good or bad.

“I mean, you look at how Florida’s involved with their politicians, and everybody has a different type of relationship,” he said. “You have some politicians that are more pro-law enforcement than others, and you can see how they have to develop the relationships that those groups developed.”

Besides the need to have to pack more suits when attending every NAPO meeting, Curry is excited to be on board to learn a lot. He is intrigued to talk to all types of groups in different states with various issues and get a different perspective on how they deal with them politically.

Taking a position that he considers “timing of luck” and receiving an enormous amount of respect from Colligan and Kovar, Curry wants to work on the hot topics that will come up along the way. Especially how they affect the organization’s lobbying efforts with elected officials in Washington, D.C.

“I think the most important goal or objective is lobbying in Washington,” he said. “That’s our voice there. And NAPO is very involved in some national issues that affect law enforcement as a whole.” 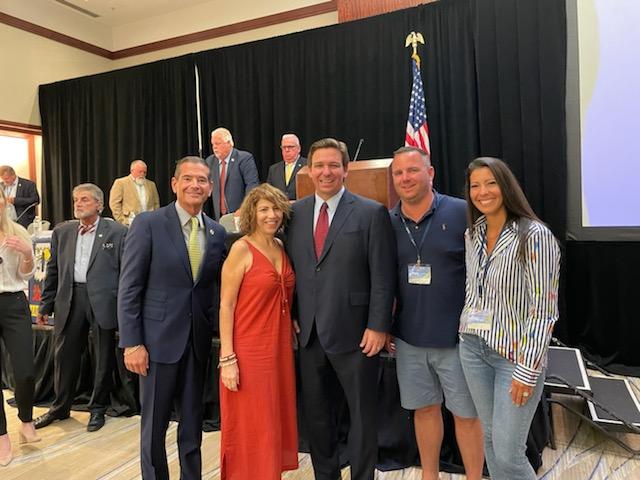 Curry also mentioned that NAPO and the NJSPBA worked with Representative Josh Gottheimer from New Jersey, who played a major role in defeating the Justice in Policing Act. Those efforts helped block that legislation from being passed and helped law enforcement tremendously.

NAPO’s coalition of law enforcement organizations from across the country has had numerous legislative accomplishments that directly benefit officers. Some of the achievements that NAPO has unlocked include restoration of state and local law enforcement’s access to surplus military equipment through the U.S. Department of Defense’s 1033 Program and various Department of Justice and Homeland Security grant programs. Currently, NAPO is working toward increased punishment for crimes against officers and increased officer protections for all law enforcement.

“NAPO is very involved in some national issues that affect law enforcement as whole,” Curry added. “They are involved with the Department of Justice of issues. They have a ton of knowledge of how everything in Washington operates.”