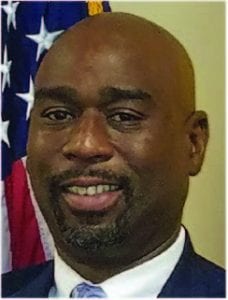 P.L. 2010, c.105 amended the interest arbitration law that limited salary increases awarded through arbitration to 2 percent above the previous year. Until the “hard cap” expired in 2018, arbitrators did not have to give much weight to the 16g criteria required by law prior to Governor Christie’s Police and Fire Public Interest Arbitration Reform Act. They were required to decline awarding increases above 2 percent by using statements like “Even if such data exceeded the salary cap, the data would be irrelevant because it could not support an award that exceeds the salary cap.”

In short, arbitrators were faced with many situations where most of the eight criteria could have been enough for a larger salary increase, but they were constrained by law to give most weight to #1, the interests and welfare of the public, and #5, the lawful authority of the employer (and limits imposed) according to the amended law.

There have not been many arbitration awards since the expiration of the hard cap, but most did not significantly increase salaries above 2 percent. Discussion of the criteria still gave considerable weight to #1, as it should, but two very significant changes in the law enforcement environment have given rise to the possibility of more weight being shifted to two forgotten criteria.

The supply chain that broke during the early days of the pandemic continues to drive up the price of goods, causing inflation numbers not seen since 1982. Amazingly, intermittent rolling blackouts in China limit the production of magnesium, which is a key component of aluminum cans used in the U.S. Everyone staying home during the lockdown last year spurred an increased price for natural gas, which is mixed with nitrogen to create fertilizer that grows vegetables in this country. The result is limited supply in the fall crop that is still an issue. There are dozens of reasons that inflation has occurred, but for the first time in many years, it needs to be considered with more weight in arbitration.

N.J.S.A.34:13A-16g(7) describes the cost of living criterion. The Consumer Price Index (CPI) is a measure of the average change, over time, in the prices paid by consumers for a market basket of consumer goods and services. Goods and services measured by the CPI include food and beverages, housing, apparel, transportation, recreation, education, communication and all other goods and services. The CPI is the most widely used measure of inflation.

The Consumer Price Index for All Urban Consumers (CPI-U) increased 0.5 percent in December 2021 on a seasonally adjusted basis after rising 0.8 percent in November, according to the U.S. Bureau of Labor Statistics. The index for all items rose 7 percent for the 12 months ending December 2021, the largest 12-month increase since the period ending June 1982. The All Items Less Food and Energy Index rose 5.5 percent, the largest 12-month change since the period ending February 1991. The energy index rose 29.3 percent over the last year, and the food index increased 6.3 percent.

An annual cost of living adjustment (COLA) is authorized under the Budget Cap Law, N.J.S.A. 40A:4-45.1.a. Under the Budget Cap Law, the Department of Local Government Services (DLGS) announces the COLA. The DCA announced that COLA for calendar year 2022 budgets is 2.5 percent. In addition, the CPI is often used to adjust consumers’ income payments — for example, Social Security — to adjust income eligibility levels for government assistance and to automatically provide cost of living wage adjustments to millions of American workers. Social Security and Supplemental Security Income (SSI) benefits for approximately 70 million Americans will increase 5.9 percent in 2022. Unfortunately, we probably won’t be able to get raises that keep up with such a high cost of living increase since there still exists a “soft cap.” The automatic increase to the 1977 cap law base is 2.5 percent, which is the statutory maximum. The governing body may pass a COLA ordinance, increasing the cap base by 3.5 percent.

Also, the inability to attract and retain quality police officers by many departments brings the final criterion back into play. N.J.S.A. 34:13A-16g(8) provides for consideration of

It is still true that a voluntary settlement is preferable to an arbitration award that is, by definition, arbitrary. However, under the concept of preparing for negotiations by preparing for arbitration, a local negotiator should stress these concepts while at the table. The interests and welfare of the public are very well served by little to no turnover in a police department. The training costs are not recouped until at least five years into a new cop’s career. If that officer is good, she will have little choice but to leave the department that invested in her originally for a department that pays more money.

I believe this is the best job in the world, but it is a job. We go to work every day in order to provide for our families. The compensation package should be a major factor in deciding where we do this valuable work. Some mayors and administrators say that they will always be able to find someone to take the job. That is true because the job is attractive, but we also know that this job is not for everyone. We must remain selective in determining who is going to protect and serve the public. It is in their best interest to only have the best and brightest.