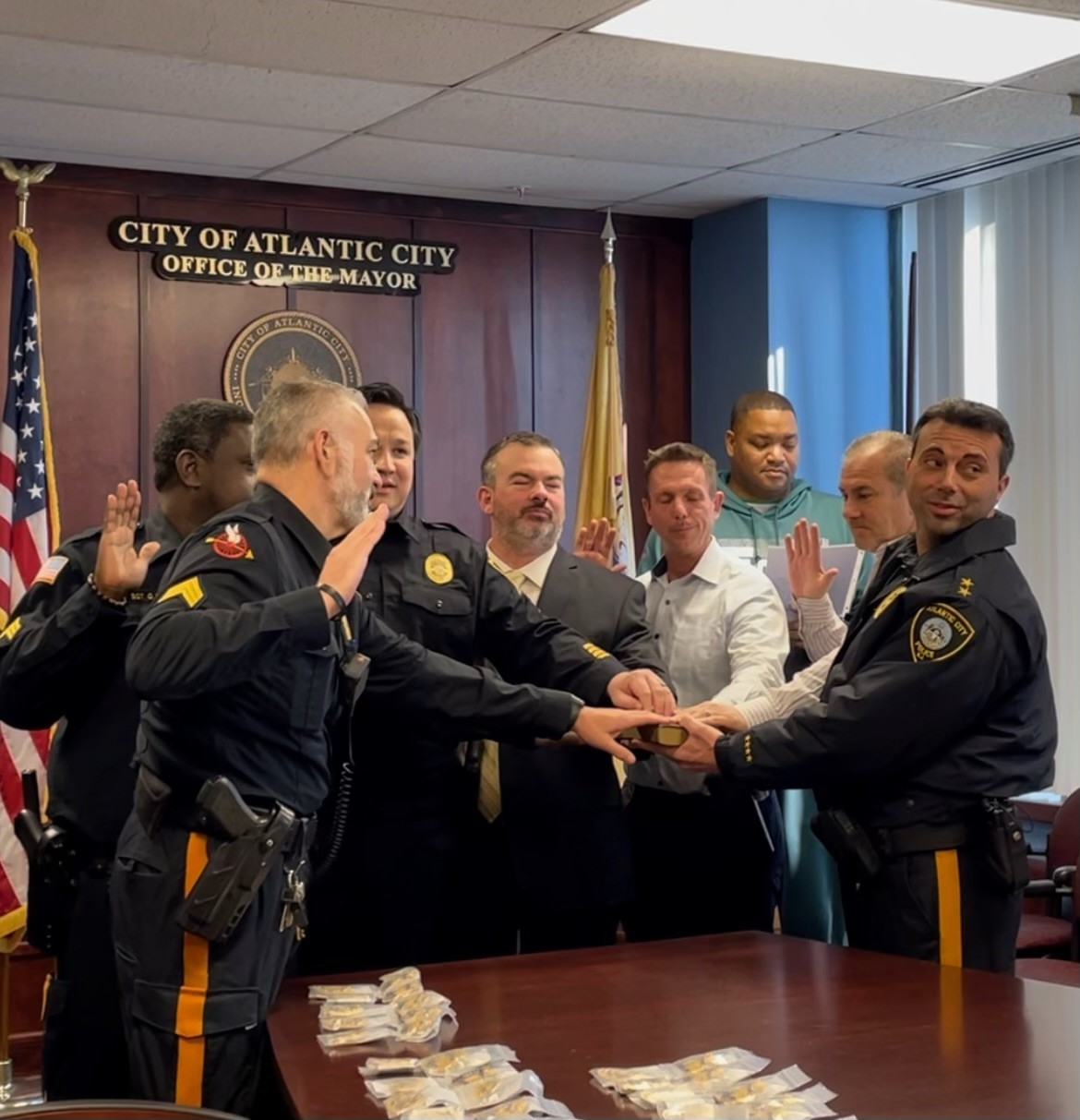 After the long-awaited return to Civil Service that Atlantic City Local 24 and the NJSPBA battled six years for, AC officers celebrated a plethora of promotions on Dec. 28, 2022.

“Where we’ve been working for frontline supervisors, lieutenants, captains and deputy chiefs, finally we got them,” Atlantic City Local 24 State Delegate Matt Rogers declared. “They went right down the list and didn’t skip anyone. A lot of those guys I know personally. They are
my friends from the academy. And it was great to see them finally get their wellearned stripes.”

In 2016, when the state assumed control over Atlantic City in an attempt to stabilize the city’s finances, Civil Service status was not allowed. As a result, unionized public workers were not allowed to address grievances over working conditions, increased workloads or benefits. And promotions were nonexistent during that time.

“Atlantic City has been dealing with a lot,” Rogers affirmed. “When they took away Civil Service, they did it quietly and sneakily under the guise of a form that was thrown in a folder like, 18 pages deep. So we didn’t know about it until it was too late.”

With this significant number of promotions, Local 24 has built its leadership back.

“We’re continuing to grow back to where we need to be,” Rogers related. “They cut the number way lower than any expert ever said it should have been. So we have the supervisors and the commanders back in place, the units are starting to build back up, and we are starting to get the numbers on the street that we need to.”

Rogers expressed confidence in these sergeants, lieutenants and captains having the experience and knowledge necessary to help Local 24 get back on its feet and continue persevering.

“We have a lot of good officers, and the leadership and sergeant levels are going to be able to guide them,” Rogers added. “We have a very young department, and we’ve hired a couple hundred in the last five years. They need a lot of guidance, and they need a lot of help. So, these are the guys to do it. And I think Atlantic City is on the path to recovery.”