“‘Hey, how about riding our police bikes to Washington, D.C.?’” Police Unity Tour Executive Director Harry Phillips of West Orange recalls Unity Tour founder Pat Montoure, who rode bike duty as part of his community policing assignment, saying to him over the phone nearly 25 years ago.

“‘What, are you crazy?’” Phillips responded. And he hung up the phone.

Then Phillips paused. A bike ride that would offer fallen officers the fanfare they deserve? Four days of braving the unpredictable and occasionally dangerous elements from Florham Park to the National Law Enforcement Officers Memorial in Washington, D.C.? More than 200 miles of chafing, aches and pains?

“Sounds impossible — count me in,” he said.

The initial spark of a goosebump-inducing legacy riding for those who died was ignited. 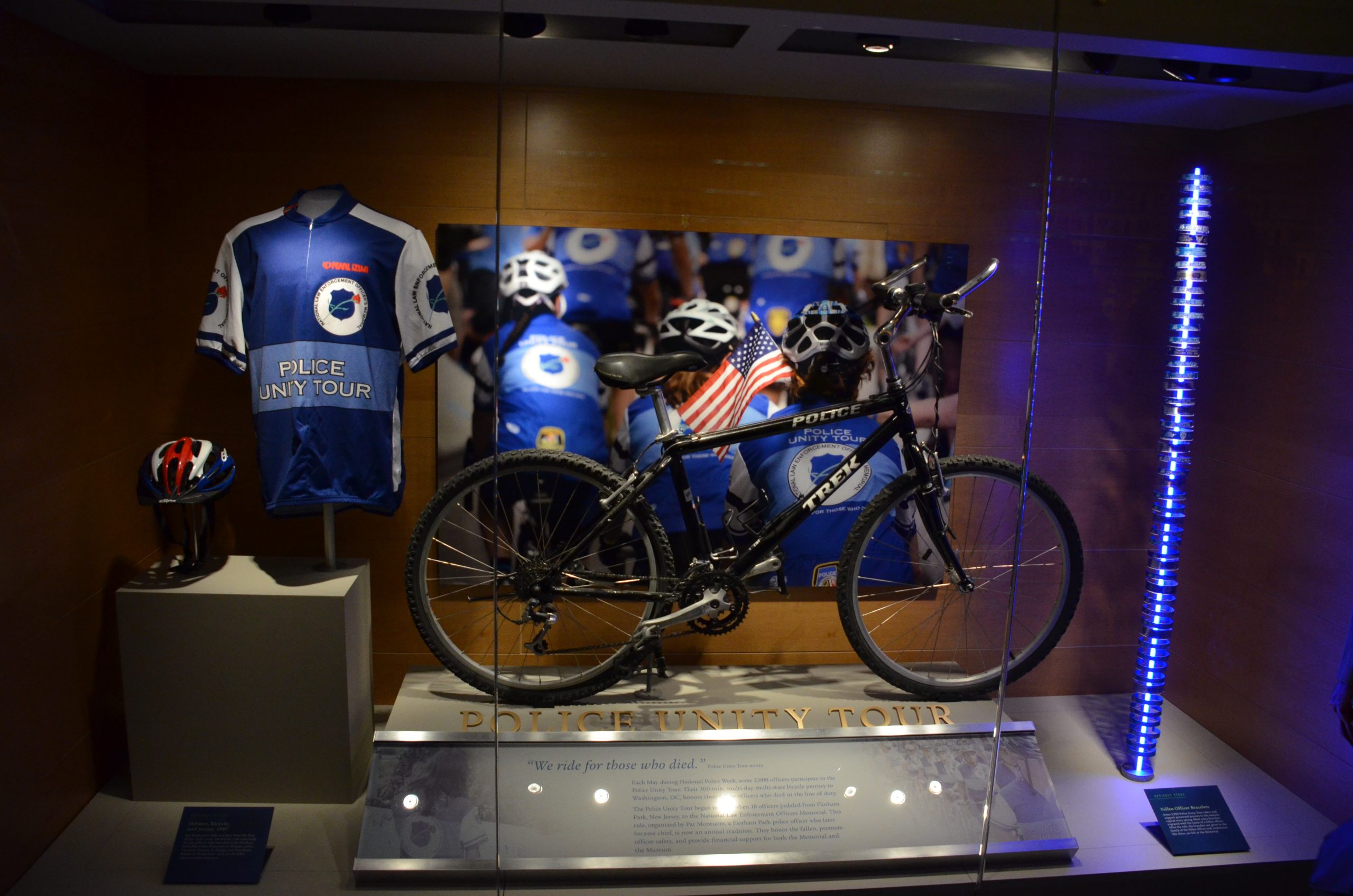 “We’re all in the thought process of community policing at this time, there was a lot of stuff that was going on around us in the world. You know, how do we reach people?” Montoure shared about the early years of the tour and handling the social climate in 1997. “I just wanted to make a real change and say that there’s no rank when it’s deaths. It’s unbiased. I wanted to be involved in doing something.”

Montoure went to work trying to convince people that the finale — arriving at the memorial with the power of the thin blue line — would be worth the struggle. He went on a tour to agencies around the state with self-addressed envelopes explaining the cause. He assured officers that they had insurance for the trip.

He put together a packet of graphs and maps, all in color, detailing the ride. He went to West Orange and Millburn trying to gather participants. He sent out 150 letters in New Jersey, New York, Philadelphia and Connecticut.

He even got in his vehicle, balanced a camcorder on his shoulder — “it was the size of a Buick,” he joked — and drove the entire route down to Washington, D.C., to capture where the bicyclists would travel.

After months of Montoure’s tireless efforts, he had amassed 22 law enforcement officers for the original trip. Eighteen showed up ready to ride on the first day of the event in 1997. Montoure had heard all the naysayers: You can’t do it. They’re going to throw you off the road. What are you thinking?

His tenacity and determination wouldn’t let him back down. He knew that anybody could drive a car and drop off a check to the National Law Enforcement Officers Memorial. But it would take exceptionally selfless people — law enforcement officers — to bike more than 200 miles to deliver the tribute, as well as the donation.

“I would say, ‘I’m going to ride this bicycle with others that are going to show support, and it’s going to be silent support and solidarity,’” Montoure explained. “There’s not going to be any type of chanting or any type of signs or anything else other than showing our heart, our remembrance. For every mile that we do, we represent one of our fallen.”

With that initial group of 18 officers, the Police Unity Tour was born. They left from Florham Park in May 1997, having raised $18,000 — as with every tour since, riders raise $1,000 to participate — and wholly unprepared for the trials ahead. 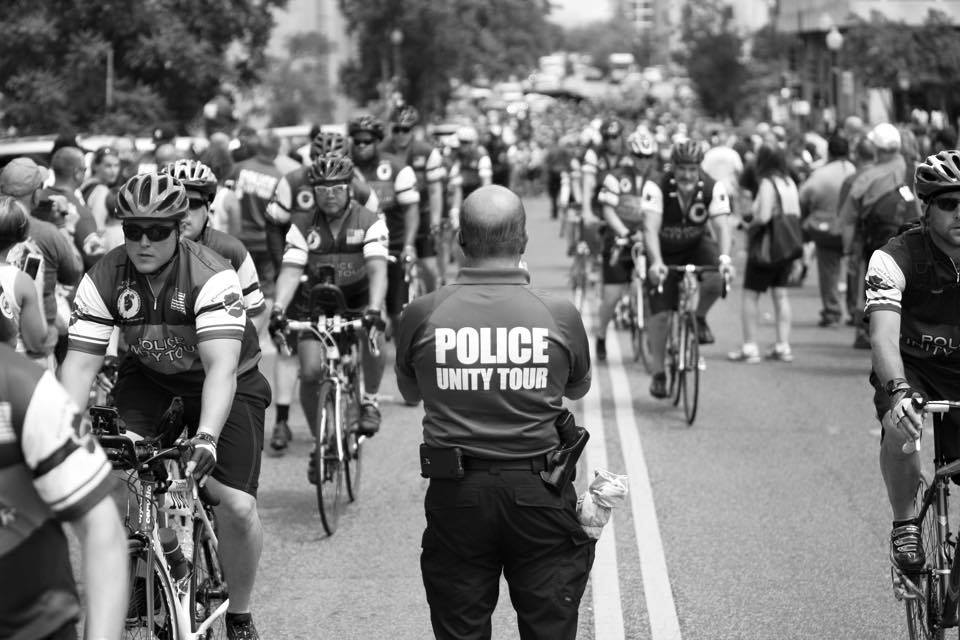 The entire route was literally an uphill battle. The riders traveled over endless rocky terrain in a basic line to Washington, D.C. If one biker got hungry, he would find a place to stop and pay for his own meal, then catch up to the group after he was finished. Sometimes, he wouldn’t be able to reunite with the others until hours later.

Riders took turns driving the support vehicle. Phillips dried himself with an increasingly dirty wash cloth for most of the trip. The group stayed at the cheapest one-nighter motels they could find along the route.

“We didn’t have any support or anything,” Phillips explained about the first-ever tour. “You just rode at your own pace and met up at the end of the day.”

Hernandez Thomas, a now-retired bike patrol officer from Newark, was one of those first 18 bikers who rode the arduous trek. Before coming on the job as part of the bike patrol unit in Newark, he had been a cyclist, and he knew he could handle the challenge. Thomas has completed every Unity Tour since 1997, making sure to always pack extra Biofreeze.

“It seemed like everything ended up running smooth,” he recalled about making history as one of the original riders. “But during it, I didn’t know how it was going to work out or what was what.” 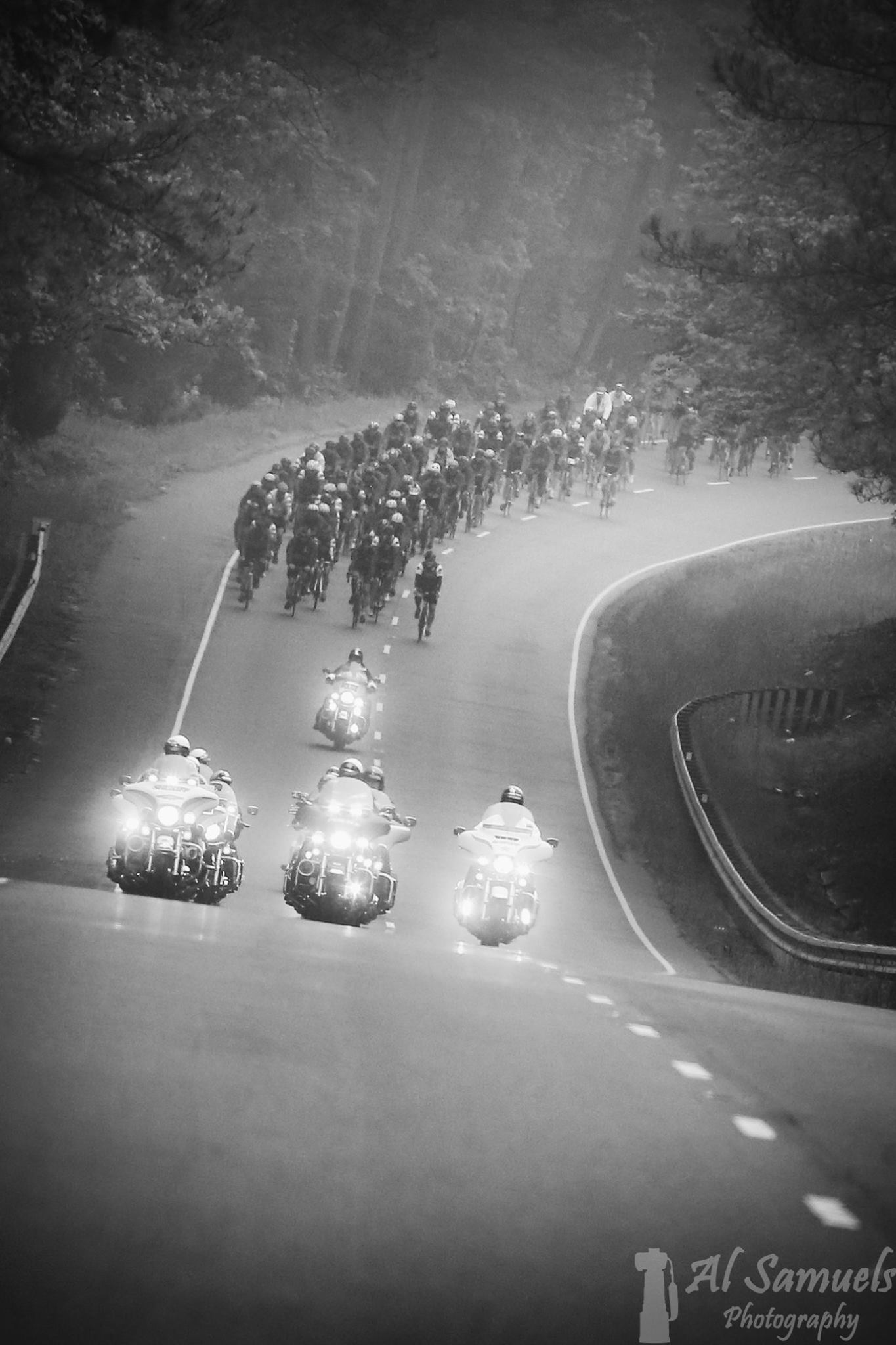 The group kept riding. Four days after their departure, the 18 officers, wearing mismatched bike clothes instead of sleek matching uniforms and holding garbage bags over their heads to shield from the rain, rolled up to the National Law Enforcement Officers Memorial in Washington, D.C.

And for just a moment, the aches, pains and grumbles melted away. With one turn of a bicycle wheel and a glance at the 12,000 names inscribed on the memorial walls at the time, every question surrounding this inspired initiative was answered.

“I’m not a religious guy,” Phillips expressed. “And when you ride to that wall, you get such a powerful feeling. The first time I rode through there, it was like the names were saying, ‘Where have you been?’”

The group rode around in the pouring rain. Nobody said a word to each other. Nobody even looked around to see the tears welling up in all the other guys’ eyes.

Now unified under this cause, they still expected the tour to be a one-time event. At some point during the four days, they had even quipped that when they got down to the memorial, they would lose each other’s phone numbers. They would look back on the trip fondly and never endure those conditions again.

But after arriving at the memorial, some still slowly pedaling and some now standing with their bikes, every officer there had the same overwhelming feeling: This is the greatest thing I’ve ever done in my life.

They didn’t stay for long. The officers parted ways to go back to their families and personal lives. But most of them couldn’t shake the feeling that the tour shouldn’t end there.

Montoure headed home in his vehicle. When he passed the sign that says, “Welcome to New Jersey,” with the governor’s name under it, he felt unspeakable joy. He might have even shed a small tear.

“I said to myself, There’s one time in law enforcement that everybody could feel proud,” he recalled. “There was no bias that we’ve done something so pure, so clean, so wonderful — this opportunity is just so rare. And just looking at that sign — ‘Welcome to New Jersey’ — we took people from our state, from all over the place, to Washington, D.C., to have one thing done, and that’s to recognize our fallen. How greater a joy could that be?”

Months passed after that first ride, with the original group returning to normal life. But in January 1998, Phillips called Montoure.

“‘Only if I get help,’” Montoure responded. 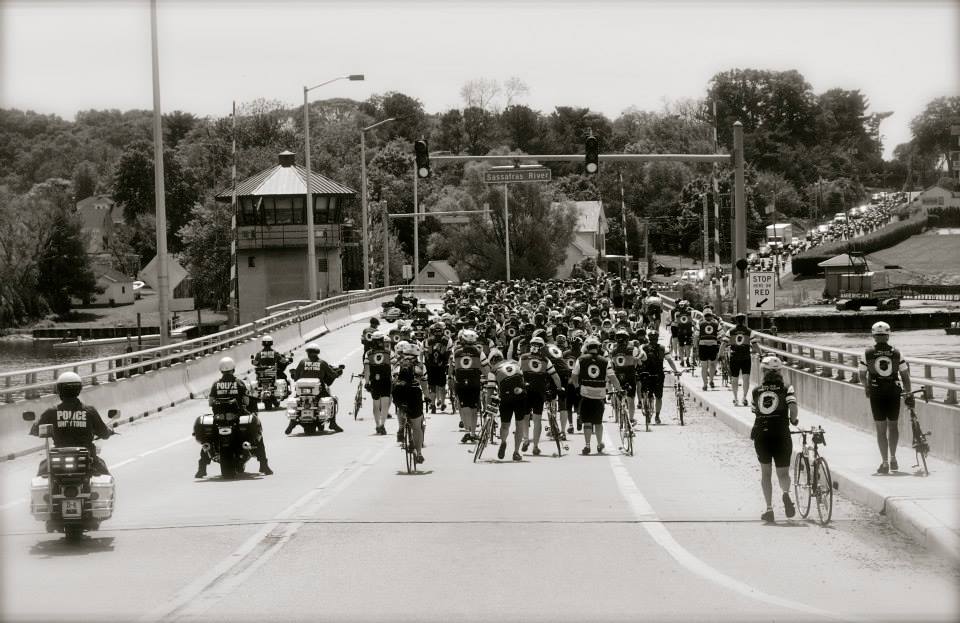 The officers had no money to help sponsor the trip, so they began selling Unity Tour cards to raise funds and keep it going. They decided that the initiative needed to be bigger, so they went to then NJ State PBA President Michael Madonna and Executive Vice President Anthony Wieners to ask for a partnership.

After a brief meeting, the second round of what had been supposed to be a one-time Police Unity Tour was born.

“We just started talking to people from all over, all good cops, who were doing it for the right reason,” Phillips explained about the early years. “And really, it just grew from there.”

The mission of that original ride has held true for participants. Thomas, who has ridden every single tour since being part of the initial group of 18 riders, feels that the power of the event has kept him returning for more than two decades.

“Every time you do it, it seems like something new all over again,” Thomas affirmed. “Even though you know the routine of it, you still see something new. People will ask me, ‘Hey, old man, how do you do this all these years?’ I just say, ‘It’s a great cause. You can’t get nothing better than this.’ And then you have all law enforcement coming together. It’s amazing.”

So as this year marks 25 years of the Police Unity Tour, over the next few months, ride along to chronicle the past 25 years and honor those who ride for those who died.