Are you ready for some…collective bargaining?

Annual seminar pushed back to August, so get a head start here 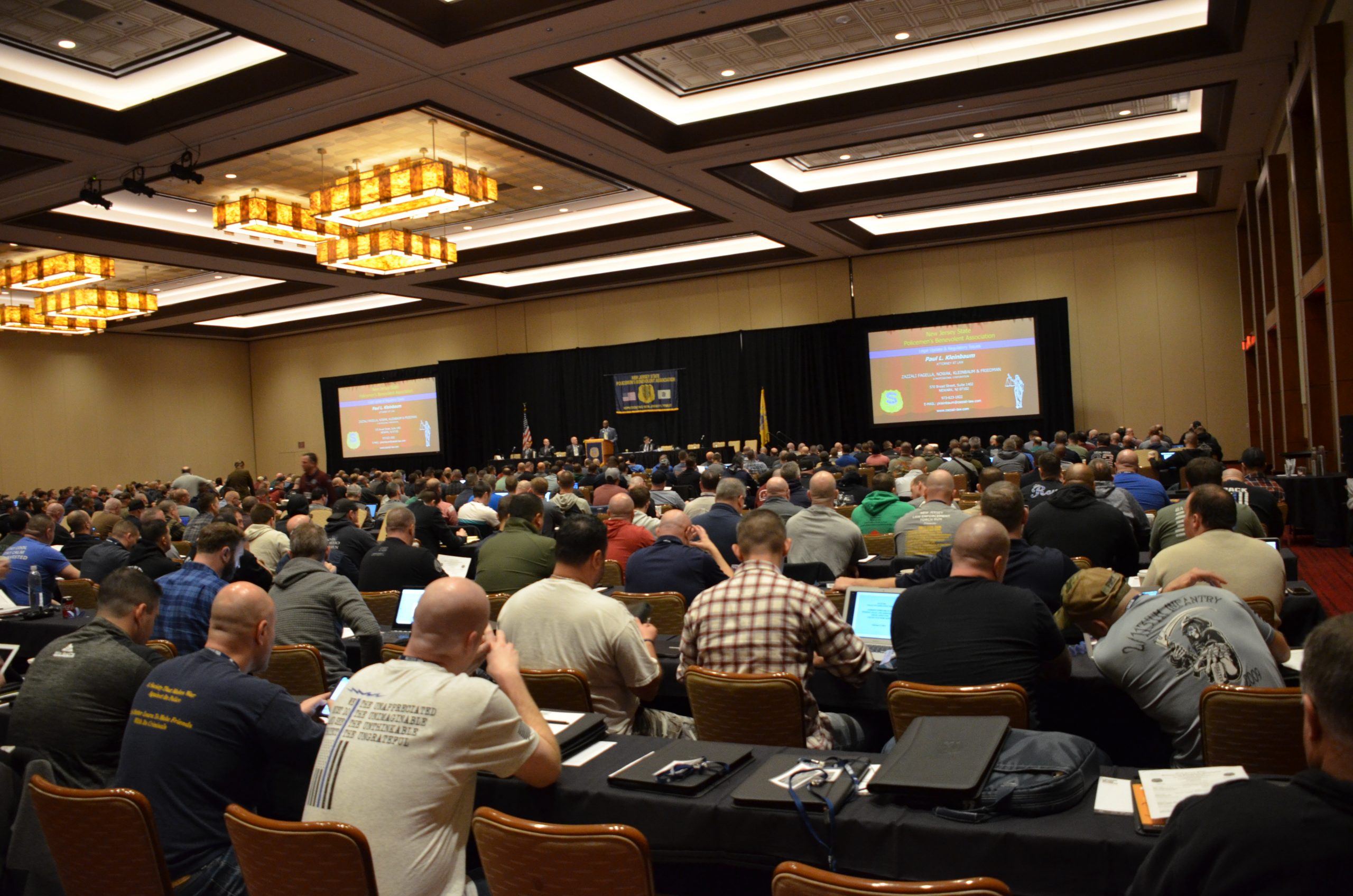 Following Super Bowl Sunday, the next big event comes to Atlantic City in the middle of February. Members gather at Harrah’s for the NJSPBA Collective Bargaining Seminar, a true buffet of information that can help Locals achieve the best wages, benefits and knowledge to navigate so many labor matters.

For three days, more than 500 attendees feast on the intricacies of worker’s compensation law, how to negotiate down Chapter 78 contributions, preparing for contract negotiations, protecting officers’ rights, dissecting grievance arbitrations, how to read a municipal budget, the requisites of qualifying for a disability pension and the path to increase compensation for members through health benefits contribution reductions. The pandemic has shifted the 34th annual seminar to late August.

And although the best way to digest all this exclusive knowledge is to attend the seminar, collective bargaining negotiations are continuing, officers are being more scrutinized for disciplinary action and the pandemic continues to forge labor challenges. To bridge the gap, NJSPBA Labor Relations Coordinator Michael Freeman offers a collective bargaining briefing.

This Reader’s Digest version of the seminar will emphasize why members should go for the Full Monty in August. Freeman, after all, studies this material more than Tom Brady studies game film. He does have the skinny about how the pandemic will not hit municipal budgets as hard as many thought in 2021, and a whole lot more. So let the briefing begin:

About the state of municipal budgets in the pandemic…

Reports of budget demise appeared to have been greatly exaggerated. Well, maybe not greatly, but a couple of towns apparently panicked prematurely.

“The biggest thing that affected us was the lack of motor vehicle enforcement, so the courts weren’t making any money,” Freeman explains. “The normal traffic enforcement makes some money for the town but because of the restrictions, and because of the way we stopped doing close contact police work, the money was down.”

Many 2020 budgets were already set prior to the pandemic, so the impact remains to be seen.

“As they’re putting the budget together for fiscal 2021, we’ll be able to see where we stand,” Freeman continues. “So far I haven’t seen anybody going overboard with fear. The raises are coming in. They’re pretty good.”

In 2020, Locals negotiated an average raise of 2.52 percent statewide, which Freeman rates as very good. In some counties, Locals did even better. Gloucester County hit 3.84 percent. Passaic County reached 4.01 percent.

“The system is working,” Freeman reports. “A big problem coming out of the interest arbitration cap, and there’s still talk about it in the legislature, was that the salaries were going to skyrocket. The one thing that we’ve been able to prove is that that’s not true. I’ve said it all along, the PBA always goes to the table with the knowledge of what’s happening inside the municipality, what’s happening inside the police department and what’s happening in the state. We don’t make outrageous demands. I think we need to get the word out at the seminar to stay reasonable. But there are some interesting ways to get some raises.”

About how to get the raises… 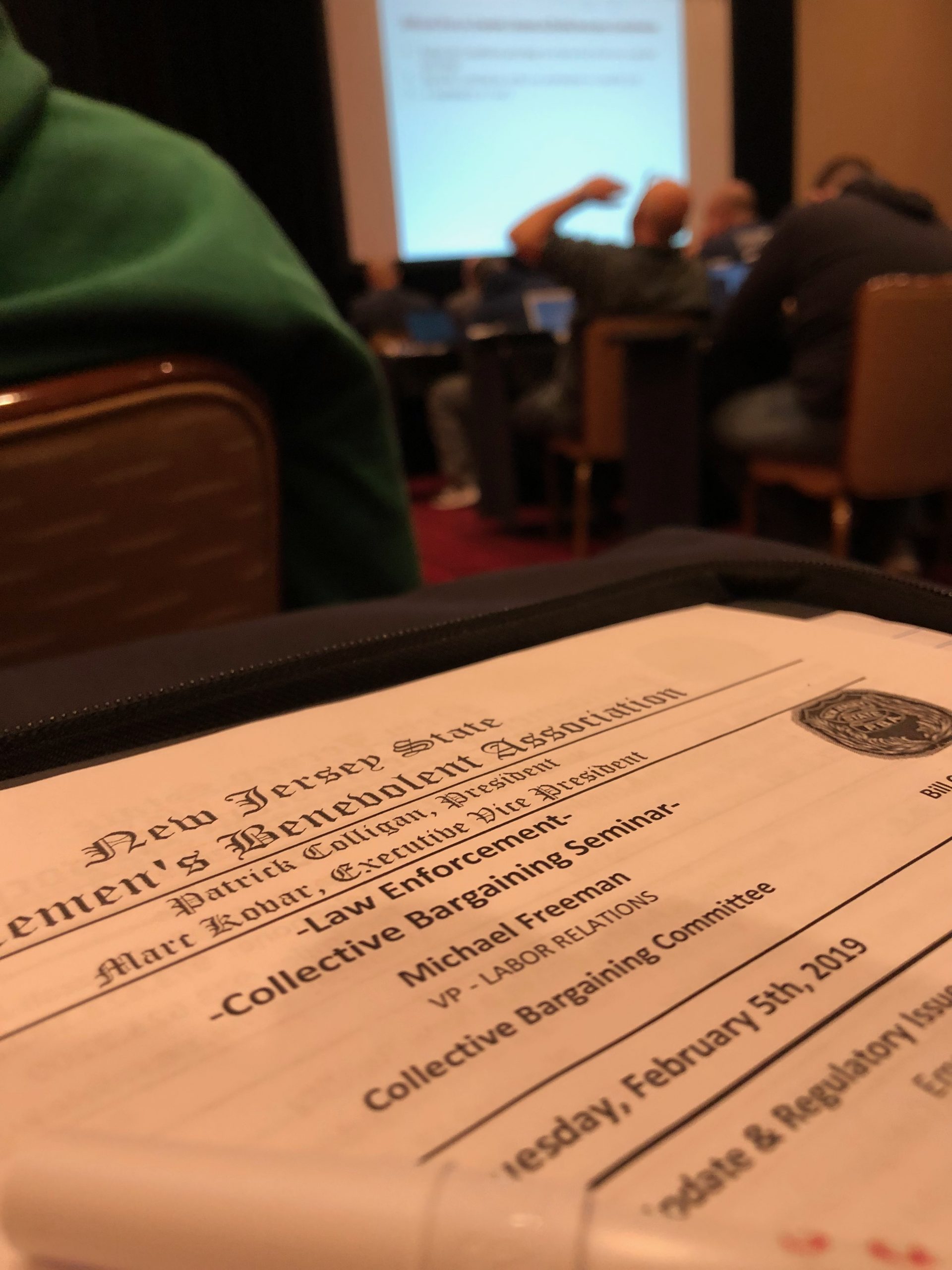 Freeman shares about a conversation he recently had with a Local. The employer offered a zero-percent raise, hoping to wait out the damage COVID might do to this fiscal year. But the offer included reducing medical contributions to the minimum 1.5 percent of salary.

Conventional wisdom would advise against zero because of the long-term impact. But paying 1.5 percent instead of 35 percent of an uncontrolled premium is money in members’ pockets.

This might not be a great strategy for a younger department where members are low in the steps and not worried about medical. But for an older department, it could be very fruitful.

“Even with increases year-over-year, 35 percent is always going to be more,” Freeman confirms.

“So [with the 1.5 percent] we’re talking about a raise that could equate to 5, 6, 7 percent depending on the premium cost. These are the interesting things that we want to get out to our membership that you need to be able to evaluate for each individual Local.”

About how to determine what the municipality can afford…

Freeman advocates the strategy that numbers don’t lie. Using numbers, you can sit at the table and know if the municipality is trying to BS you.

“If you’re looking at actual numbers, and the employer’s presenting you with something that’s different, you can say, ‘This is exactly where you are with the budget this year from last year, this is the money that’s available and this is what we’re asking for to make sure that we stay inside these constraints,’” he elaborates. “That’s a point that can’t be argued. And from what I’ve seen, the employers do appreciate that. I think it’s not about the flash or the used car salesman tactics. It’s about seeing the actual numbers. You add them up and they will never lie.”

About negotiating other benefits…

Uniform allowances are still coming as supplementary income, running between $1,000 and $1,500 per year because of maintenance costs, the need for multiple uniforms and rising prices.

But many contracts are starting to come in with education incentives. Some are for criminal justice degrees only but given the need for more professionalism in law enforcing, that shouldn’t be the standard.

“I’ve been arguing for quite a while now that it should be any degree because if you have any degree, it helps you as a police officer,” Freeman articulates. “You come in a more mature officer, a more educated officer and that only helps the police department. The stipends, depending on how many credits you get and tuition reimbursement, are all now included in a lot of contracts, and I think it’s a good thing because we want it to be a true profession. Like doctors and lawyers, we have a specialty, and the more educated the officers, the better off we are. And they should be compensated for it.”

About the collective bargaining seminar…

“COVID-permitting” is the asterisk on the seminar right now because the PBA wants to make sure that attendance to this signature event is not restricted. Some thought had been given to manicuring around the pandemic with perhaps a split seminar or doing something virtually.

“We want to have a full house so everybody hears exactly what is being discussed, everybody has a chance to ask questions, offer some insights and keep everybody on the same page,” Freeman suggests. “We want to make sure that our members are out socializing afterward, sitting in the restaurant, in the lounge or wherever, having a cigar, discussing what they just learned, comparing notes, telling war stories [COVID-premitting].”

In addition to interactive sessions on grievance arbitrations, IA investigations and a mock trial that have been featured the past few years, Freeman notes that there will be a lot of discussion about the impact of COVID on labor relations. Members have experienced worker’s comp issues and have had to file unfair labor practices in the wake of the pandemic, so those will come up in multiple sessions.

“It’s an opportunity to have face-to-face interaction with an attorney who’s there basically to explain everything you possibly can ask about the situation,” Freeman accentuates. “The seminar is designed to get everybody on the same page. That’s my thing, my motto: The rising tide lifts all boats.”