Be an Organ Donor 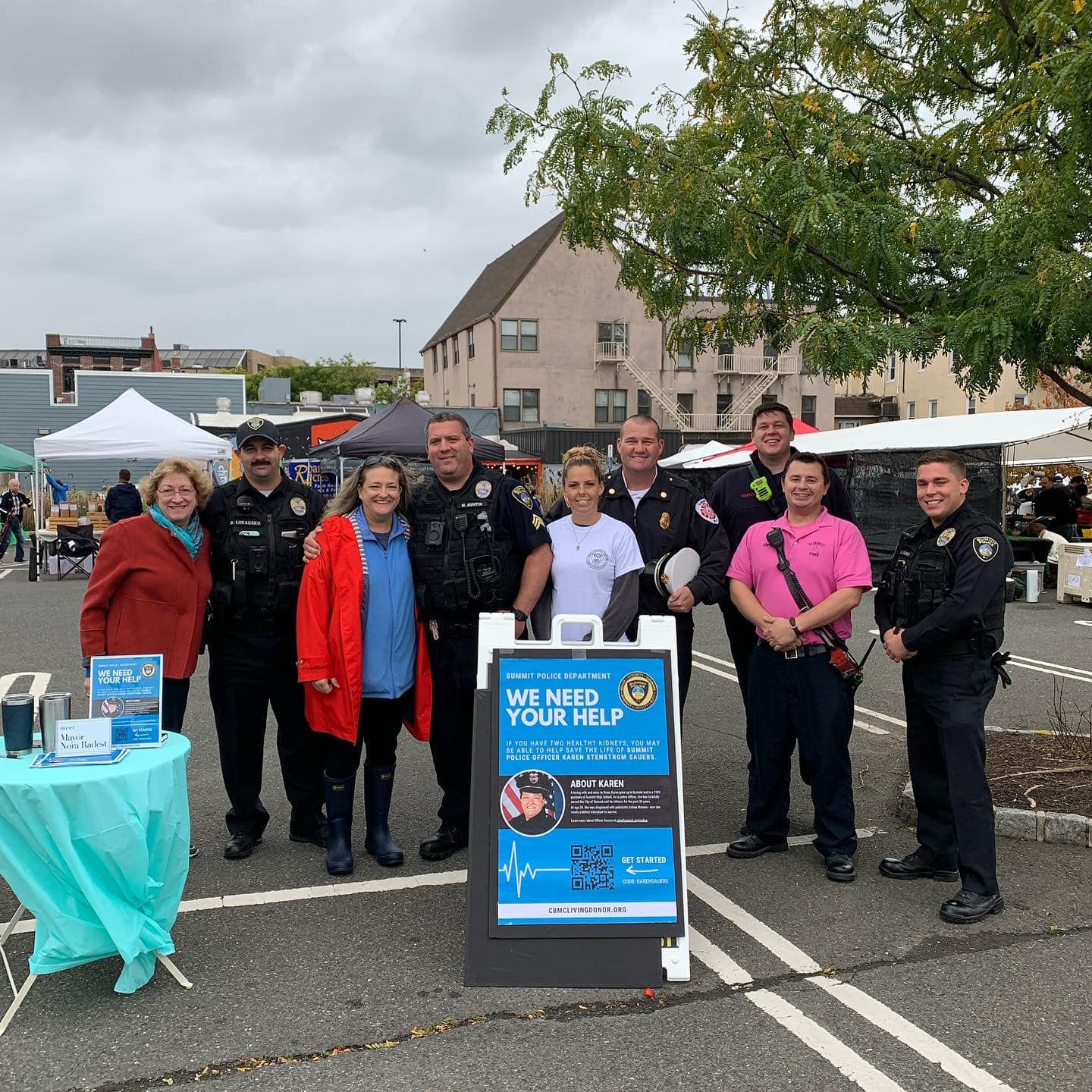 Summit Local 55 members join city leaders at a farmer’s market to raise awareness for and help find a kidney donor for Karen Sauers.

Summit Local 55 member and mother of three Karen Sauers has been on the job for 20 years, serving and protecting the community. And now she needs your help.

When she was first diagnosed at 24 years old, she knew transplant was a possibility.

“It was one of those things that I knew was coming and it was overwhelming to know that it was finally here,” Sauers says. “I was nervous to tell my chief and I didn’t really want to have to tell anybody. As a police officer, we’re used to helping people and not asking for help. And especially asking someone to be giving an organ — that has been the toughest thing for me.”

Since speaking with her chief and Summit Local 55 State Delegate Mike Freeman, Sauers has been flooded with support from her law enforcement family. It has been a humbling experience, to say the least.

“She came to me and said, ‘Can you, you know, spread the word?” Freeman says. “It wasn’t her just asking for help for herself. She was asking for people to understand that this is a need in this country.”

Freeman has known Sauers since she first came on the job. They used to work nights together. He has seen the multitude of ways she has become involved since day one and knows why the Local didn’t hesitate to help her, including holding several fundraisers to help Sauers.

“From the beginning, she was caring and thoughtful,” Freeman notes. “She was interested in being a problem solver. She’s not the strong law enforcement type. She’s like, ‘Let’s find out what people need.’ She just really enjoys being on the job.”

Sauers was born and raised in Summit. Before coming on the job, she served as a Newark public school teacher and volunteer with the Summit First Aid Squad. Freeman says he never knew she was dealing with this kidney disease. And this was something close to his heart, as his brother works with the New Jersey Sharing Network, an organization that finds organ donors.

“She handled her situation the way she handles every situation, with dignity and pride,” Freeman adds. “She just kept her head up and kept going until time came when she needed to reach out and say, ‘I need something.’”

Since learning of Sauers’s need for a transplant, Freeman has reached out to multiple Locals to see if anyone is a match and has encouraged members to get tested. And he reassured Sauers that everyone would do everything they could to help.

“Everyone in my department has been amazing with their support,” Sauers says. “It’s incredible to have this family behind me, the brotherhood and sisterhood. They’re a built-in family that just rallies around you and supports you and lifts you up.”

Sauers has also experienced uplifting support from the city leaders, who have hosted various events to raise awareness. From gathering at the farmer’s market and town concerts to hand out flyers to posting on social media, the support has been endless.

Sauers is currently a patient at Cooperman Barnabas Medical Center with the Living Donor Institute, a program that enables her to receive a kidney transplant from a living or deceased donor as soon as possible.

A living kidney transplant could save Sauers’s life. And that’s why she needs you.

“I truly believe in my heart that this is going to work, and I have faith,” Sauers says. “I believe people are good and that we’ll find the match. And I really do believe I have more to do on this earth and more good to put out there, so that I can continue to serve the community.” 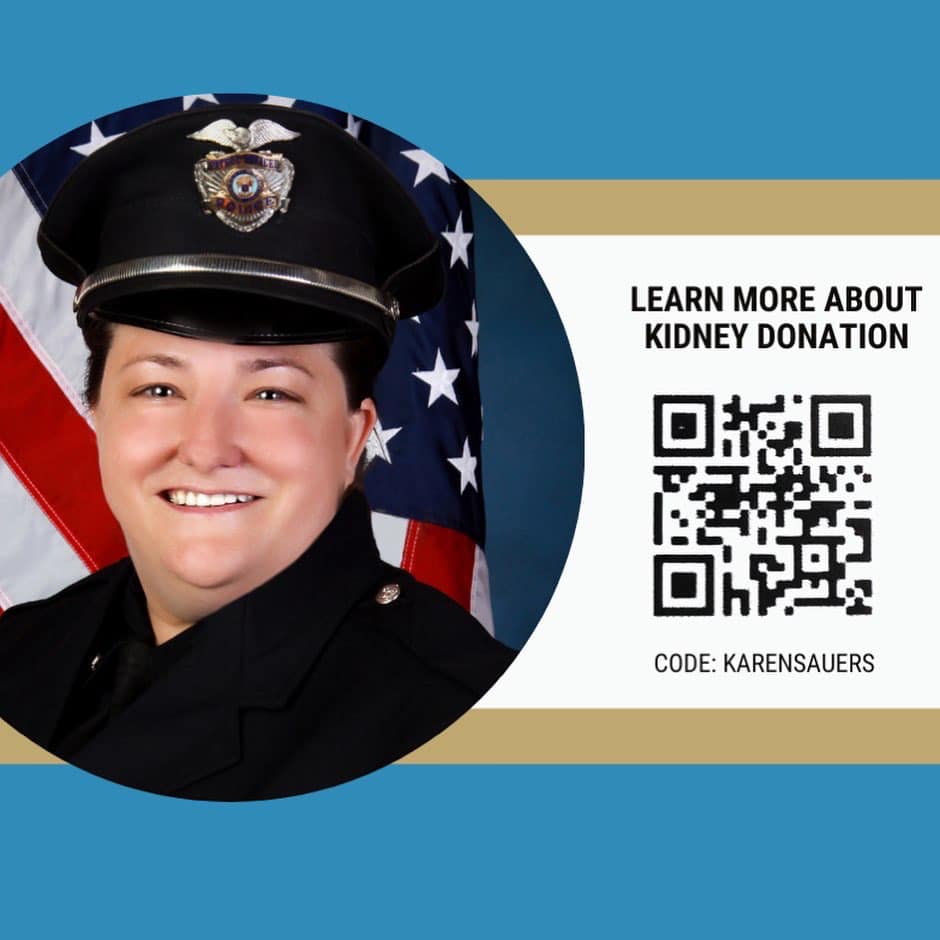 To see if you are a potential match, scan the QR code and use the code KARENSAUERS when answering the questionnaire. for more information, contact Nikki Griffiths at 908-277-9472.