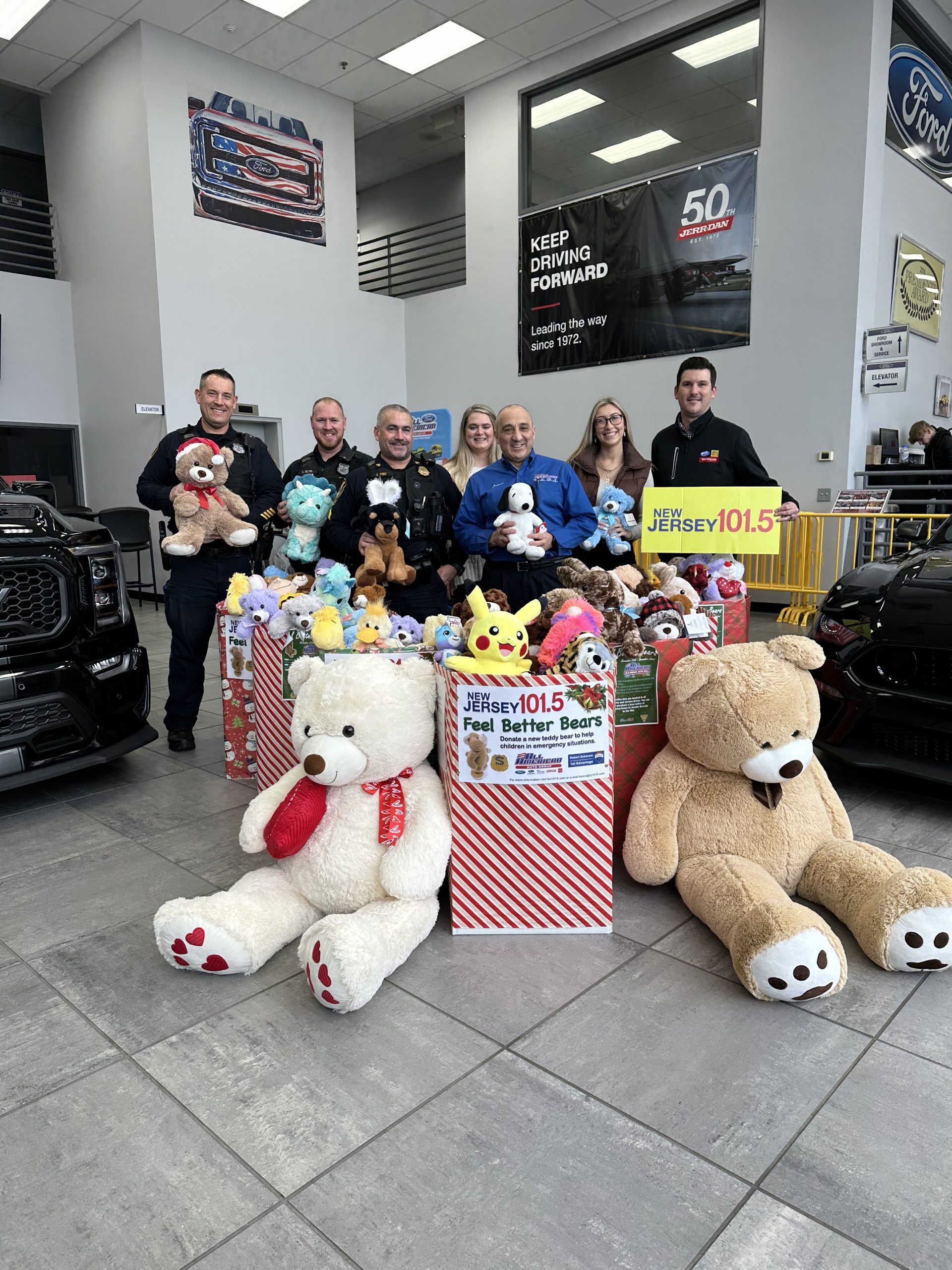 In 2019, Perth Amboy Local 13 State Delegate Danny Gonzalez witnessed the magic of a Feel Better Bear. After responding to a domestic violence call involving a child, Gonzalez presented a teddy bear to a young boy who was taken away from his mother. Immediately, the child’s eyes lit up, and he clutched the bear tightly.

The bears had such an impactful response among Local 13 members that eventually, the department was overrun with donations of teddy bears as part of the now-renowned Feel Better Bears initiative. Started in 2019, the program, run in conjunction with New Jersey 101.5, has enabled members to respond with a warm embrace at a moment’s notice.

Fast forward to 2023, and the response has only grown among the many Locals that often tell NJSPBA President Pat Colligan, “We’re out of bears. Can we get more?”

“This is a special thing that we do, and it’s meaningful,” explained Anne Gress, director of content for NJ 101.5. “Teddy bears, kids and
supporting the New Jersey State PBA, the whole thing makes sense on a lot of different levels. Everyone wants to help, and it’s a way for people to give back all at the same time.”

Feel Better Bears are back and better than ever. During the holiday season, 101.5 listeners across the state donated more than 1,100 teddy bears. The bears are still rolling in and are available in bags for members to pick up at the PBA office in Woodbridge to stock patrol vehicles.

Around the 2019 holiday season, Gress began Feel Better Bears to enable officers to give a child a teddy bear in a moment of extreme crisis. When her team members at the radio station announced the idea to Colligan, it gained traction right away.

“New Jersey 101.5 has always been a supporter of NJ law enforcement,” Gress related. “When I found out New Jersey 101.5 really stands with the blue, I wanted to bring this concept to them. Thankfully, we found such a friendly partner in Pat Colligan to help us make this happen.”

Since then, more than 10,000 teddy bears have been donated to the PBA, and Feel Better Bears has become an annual event.

After Thanksgiving each year, New Jersey 101.5 begins collecting bear donations. Members of local communities across New Jersey have found ways to participate. Local teachers have brought in donations from their students, and healthcare workers have collected them at hospitals.

“It’s such a sweet concept that a police officer can hand them that bear and have that moment with them to reassure them that everything’s going to be OK,” Gress remarked. “Everyone loves that idea. So it’s great people do the collecting for us.”

At the January State PBA meeting, Colligan expressed to members just how impactful a simple bear can be. Members who haven’t picked up bags of teddy bears should do so, because you never know how much of a difference one bear hug can truly make. 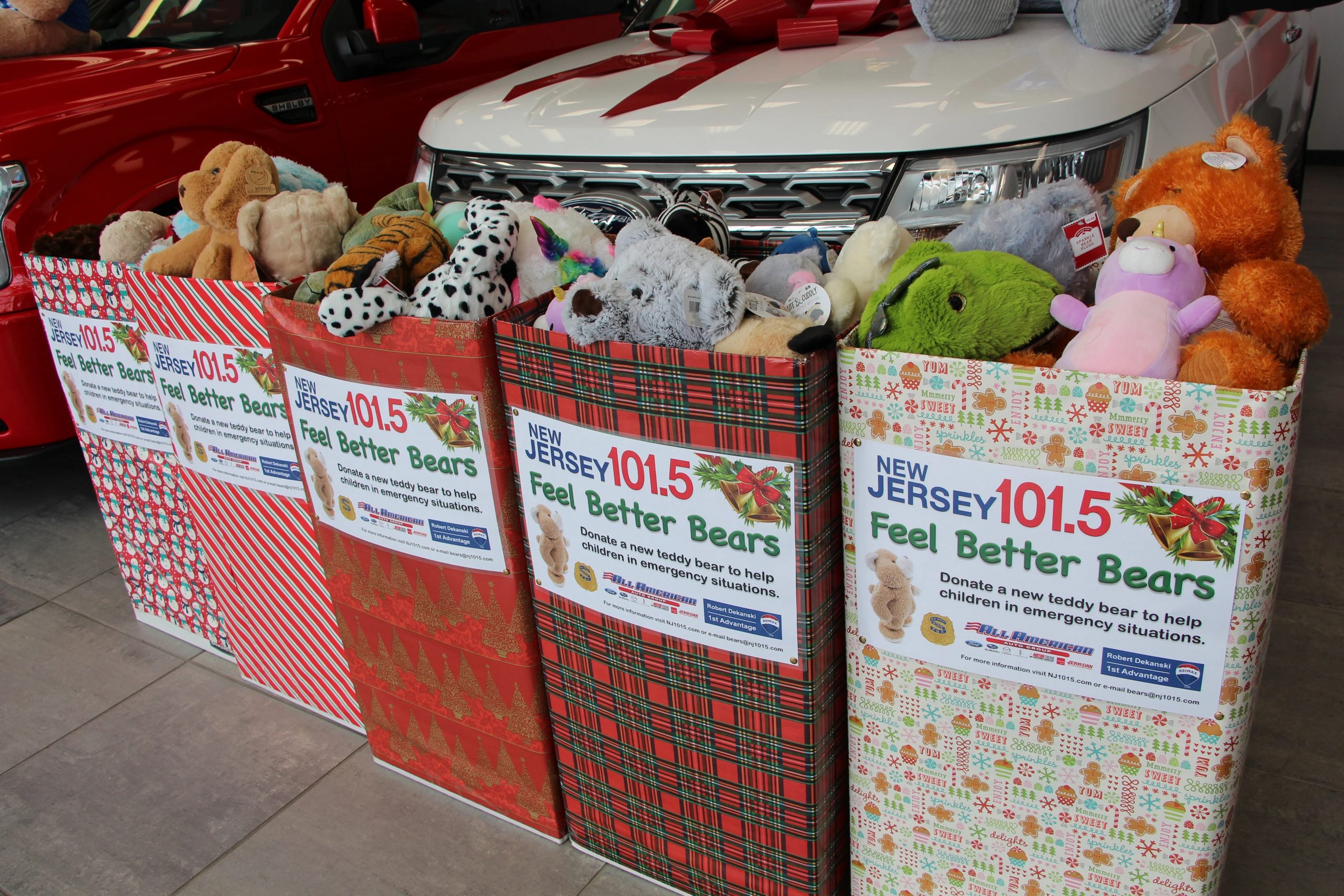 During a shift on Oct. 14, 2021, Montclair Local 53 Alternate State Delegate Kevin Ortiz responded to a call that came over the radio. A baby was choking. When he arrived at the house, Ortiz was immediately able to perform CPR for the baby.

A few weeks later, Ortiz returned to the home with a teddy bear for the baby boy. And perhaps that bear offered the kind of comfort that truly makes kids in crisis feel better.

“Ultimately, this is a win for the state and for the kids,” Gress added. “And what makes it work is the police and what they’re doing.”