“It’s the first time that we got together as officers to experience the 5K,” said Steve Warren, Local 176 State Delegate. “I would definitely do it again.” 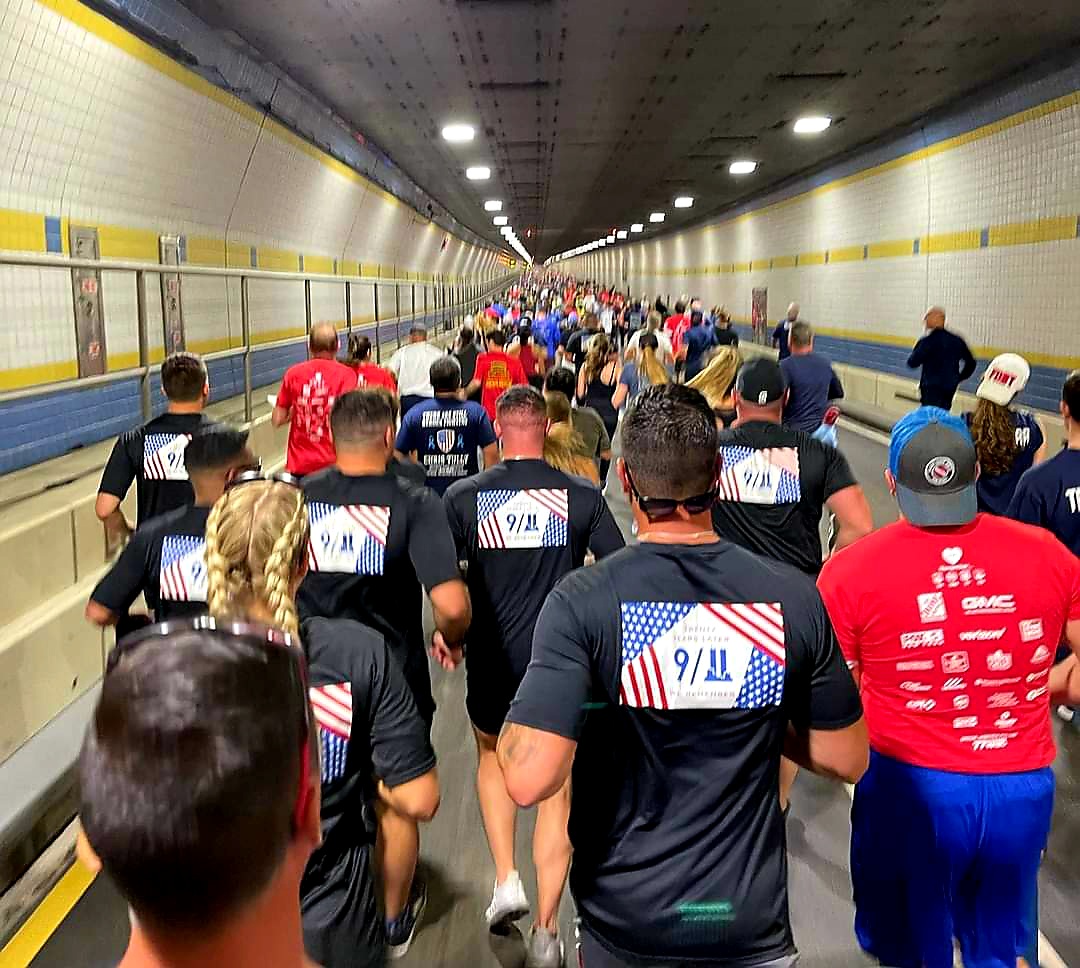 The Tunnel to Towers Foundation honors the sacrifice of Stephen Siller, a firefighter who perished during the Sept. 11, 2001 attacks. The event follows his final footsteps from Battery Tunnel to the Twin Towers and pays tribute to those who lost their lives during the attacks.

“You’re running through the steps that he took,” Warren explained. “We’re taking it in as a humbling experience and proud to be a part of it.”

Local 176 member Ryan DelCampo had previously participated in the 5K and floated the idea of arranging a group to run together. Members and their families boarded a bus at 5:30 a.m. in New Jersey to arrive in Brooklyn for the 5K. And while he has seen several races before, Warren said this was a 5K like no other.

“The pace wasn’t let’s go as fast as you can,” Warren described. “This is unlike other 5Ks where some people want to run for time. This is for the experience.”

While the group stayed together at the start of the race, it didn’t take long for them to get separated in the sea of tens of thousands of participants.

“We tried to stay together,” Warren revealed. “But not everyone is as good of a runner as others. But we got back together at the end.”

The group approached the last stretch of the race at the Battery Tunnel, officially the Hugh L. Carey Tunnel. As they reached the end of the tunnel, they saw the light, in the form of first responders.

“When you come out of the tunnel, firefighters are lined up on the side of the road,” Warren recalled. “They have pictures of a firefighter who died [during the 9/11 attacks].”

Warren looked at every photo of the firefighters as he completed the 5K. He said seeing the posters of the fallen made the magnitude of the Sept. 11 attacks sink in. 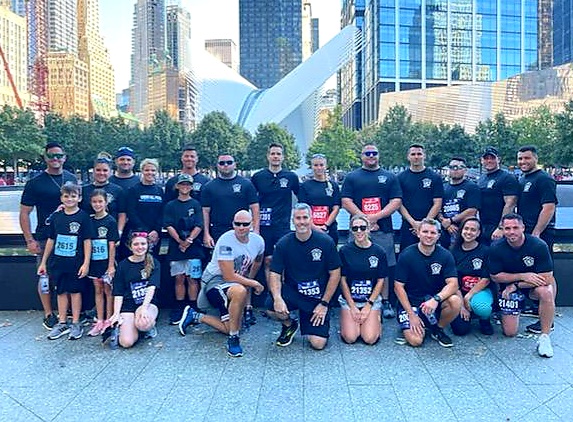 “You see the number on paper, but seeing people holding pictures of those who died is just something else,” Warren confided. “It makes you put everything into perspective as far as what happened that day and how many lost their lives.”

As it turned out, one of the firefighters welcoming the runners was a friend of Warren’s from high school. Marc Dore, from FDNY Engine 46 Ladder 27, held a photo of fallen firefighter Michael Brennan. Warren stopped for a moment to catch up with his old friend before rejoining his group to head to the 9/11 Memorial Pools and reflect on the reason for the run.

“It’s so humbling to run the route with the back story to it,” Warren expressed. “And definitely proud to experience it with people you work with.”