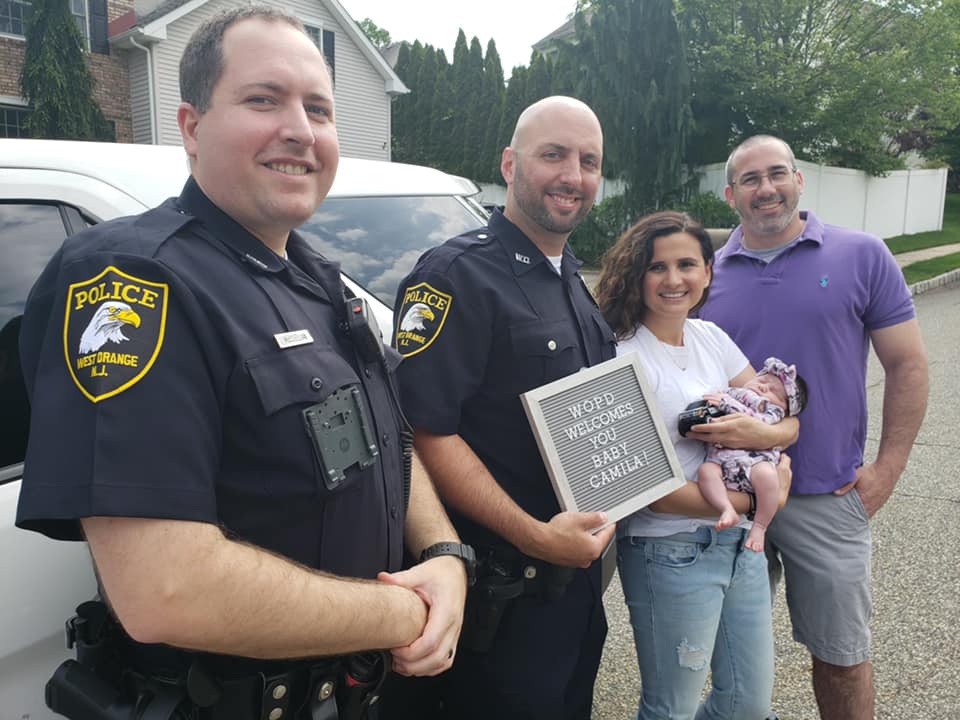 West Orange Local 25 State Delegate Andrew Scioscia was training member Michael McClellan, a new officer, when they received a call about a woman who was in labor in her driveway at 4 a.m. on May 20.

Jordana Silverman and her husband, Lyle, were trying to head to the hospital after her water broke. They got in their car and were ready to hit the road when her contractions became stronger and more frequent. Once they realized they would never make it to the hospital in time, they called 911.

Fortunately, Scioscia and McClellan were just a few blocks away. They were the first to arrive on scene and found Jordana in the passenger seat, Lyle behind the wheel and their 2-year-old son in the back.

“We were trying to get her to hold on,” Scioscia remembered. “And she couldn’t hold the baby anymore. It literally just popped out.”

Before the officers could clean baby Camila off, they noticed she was choking on amniotic fluid. That’s when McClellan, who was fresh out of the academy, put his training to use.

McClellan asked for a baby birthing kit and clamps, which were unavailable. The best Lyle could do was to retrieve a suction bulb and some clean towels.

So McClellan went to work. He carefully suctioned the amniotic fluid out of the newborn baby’s throat.

“[McClellan] actually took control of the situation,” Scioscia noted. “He was even better versed in everything than I was.” 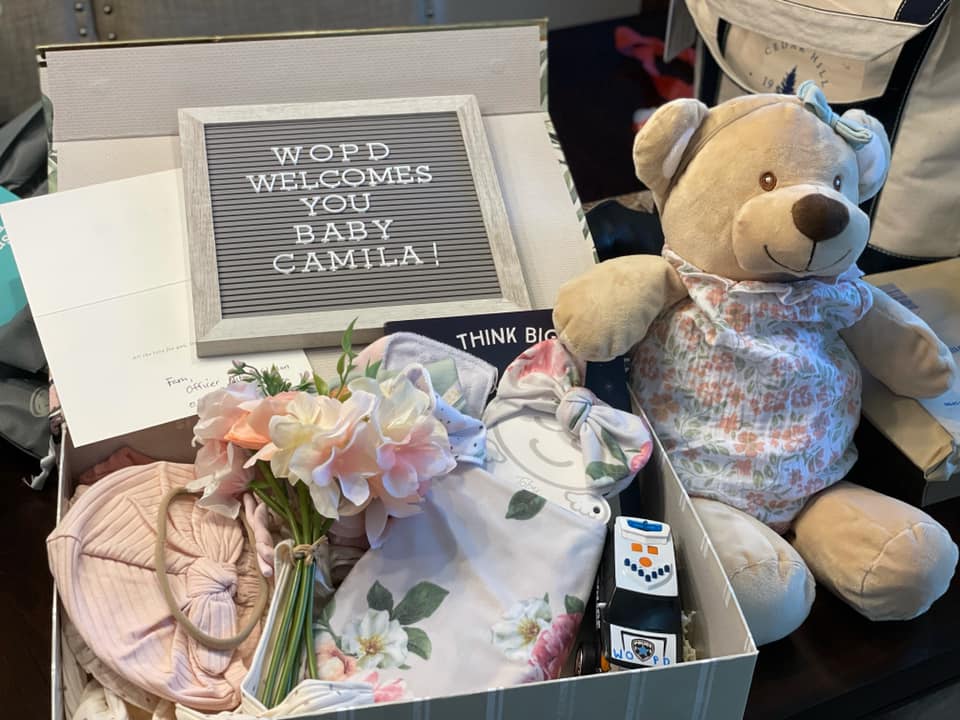 Scioscia and McClellan cleaned the baby with towels, wrapped her in a blanket and handed her back to the elated mother. The fire department and paramedics arrived on scene shortly after the birth and took the family to Saint Barnabas Medical Center.

While McClellan had the opportunity to assist in a birth in the first two months on the job, this was Scioscia’s first time witnessing a birth in his 15 years of being a law enforcement officer.

“I’ve been on other calls where I just showed up and the woman was standing there holding a baby with the umbilical cord still attached,” Scioscia revealed. “But I haven’t actually witnessed it before. We were very lucky everything went well with it.”

Although it was both members’ first time responding to this type of call, they knew exactly what to do. Scioscia realized their instincts kicked in due to the training they had received, both in the academy and on the job.

“It’s very important to be highly trained,” Scioscia mentioned. “Because being a police officer, you never know what your next call is going to be.”

Three weeks after assisting Jordana in the birth, Scioscia and McClellan went to visit Camila, who was healthy and doing well. They brought her a gift box with a teddy bear, books, baby clothes, a toy police car, a welcome home sign and a card signed by Local members.

“The officers couldn’t have been kinder,” Jordana wrote on her Facebook page on June 11. “To come back to visit yesterday with gifts for us all.”