‘All about the glitz’ 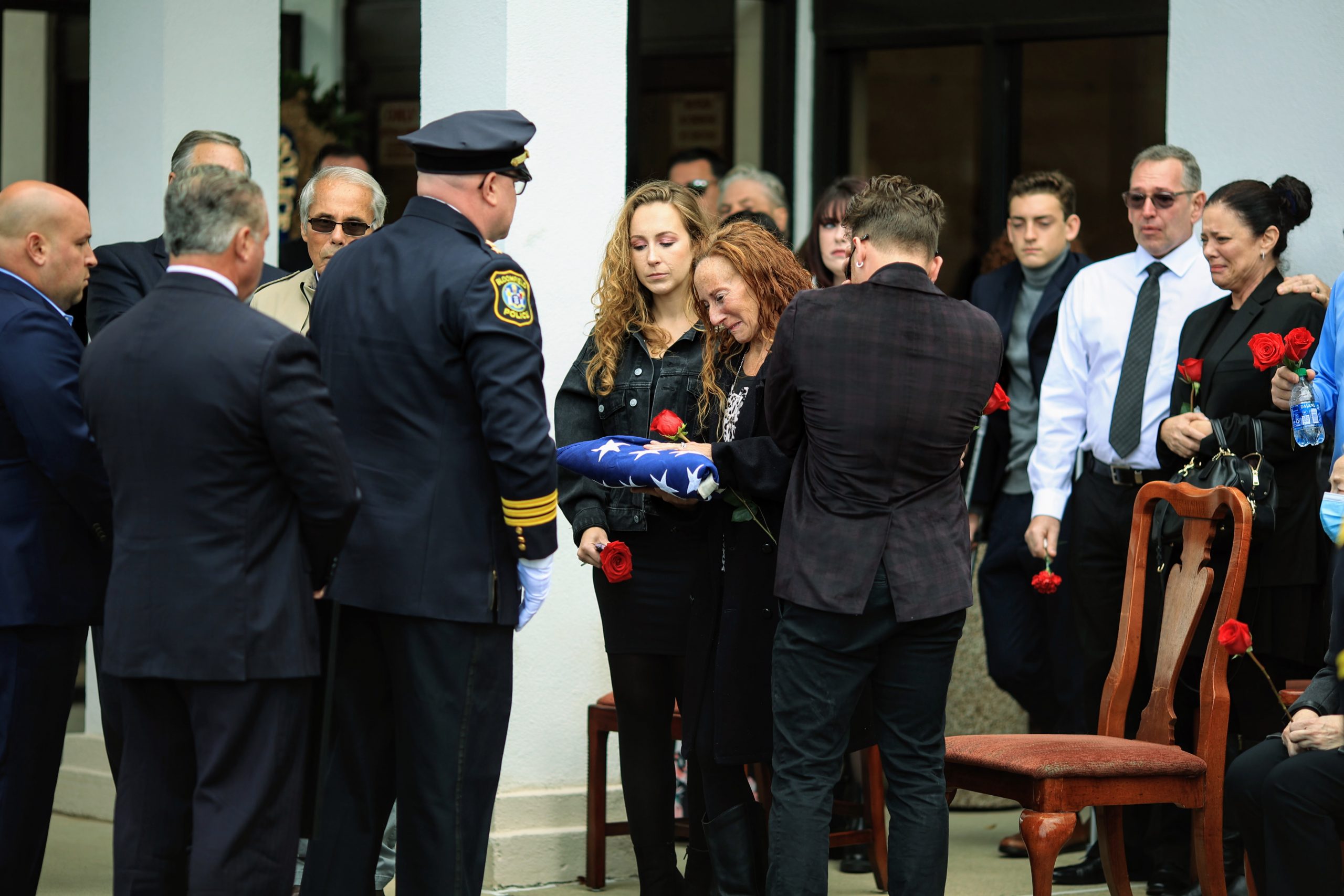 Every member of the Peri family has an “Always by your side” tattoo. And they proved to live by that motto when Bloomfield Local 32 member James Peri passed on Oct. 22 due to COVID.

“We were there with him the day he died,” said Peri’s wife, Michele. “So he wasn’t alone.”

Michele made the decision to call an ambulance for her husband on Sept. 28. She had no idea that would be the last time they would have a live conversation.

Peri was hospitalized for more than three weeks. Michele and their children, Quinci and Logan, frequently FaceTimed with him. But on Oct. 22, the three family members said their last goodbye to the loving father and husband.

“They brought his bed to the glass doors, and he was facing us,” Michele explained. “So we were able to talk to him through the glass and see him.” 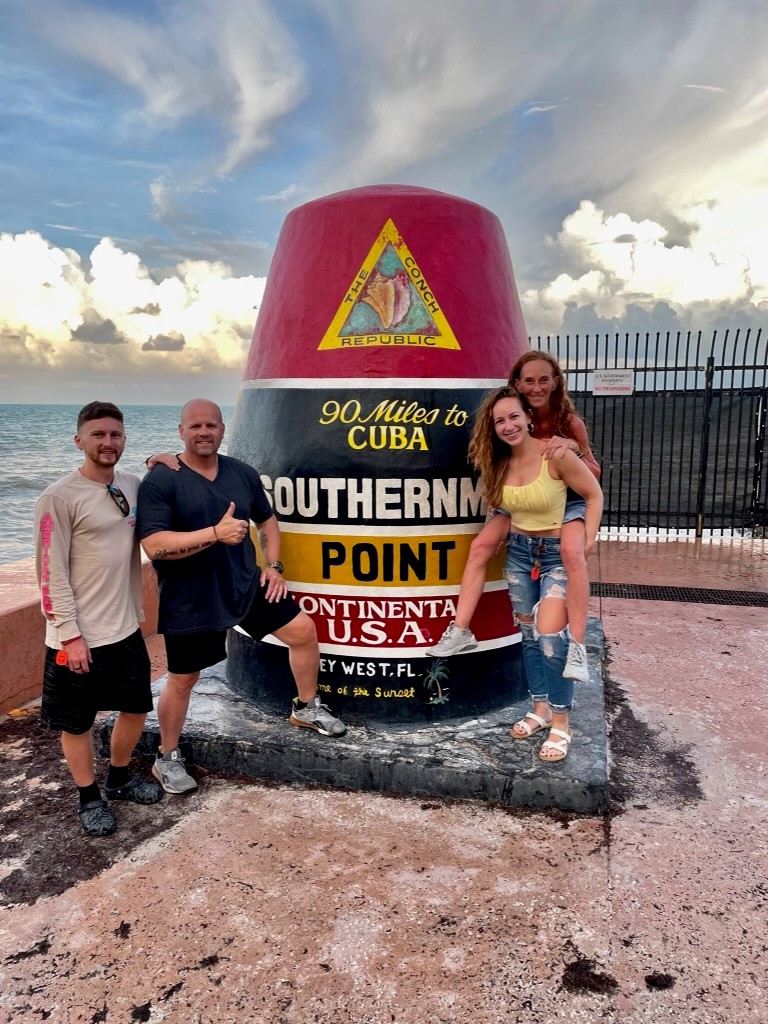 Peri, 52, always dreamed of being a law enforcement officer. He started his career in 2006 with the Passaic Police Department, and as a Local 14 member he worked with the emergency response team. He was hired by the Bloomfield Police Department in 2010 and made detective in 2014. He was described as a cool, calm and collected member who was never nervous about a case because he knew he’d solve it.

“He was very calculated, took his time and was very tedious with his work,” said Local 32 member Nicholas Polidoro, who worked with Peri in the detective bureau. “He always knew that it would come and had a good closure rate for his cases.”

Peri was outstanding at all things law enforcement. A running joke named him the “dog whisperer” at Passaic PD because he would always find missing dogs that were reported to the department. He also was assigned to the Essex County Task Force, where he served multiple towns in the state. His passion for his law enforcement career propelled him to act with the utmost dignity and respect for 16 years.

“He wanted to help people,” Michele shared. “He loved what he did.” 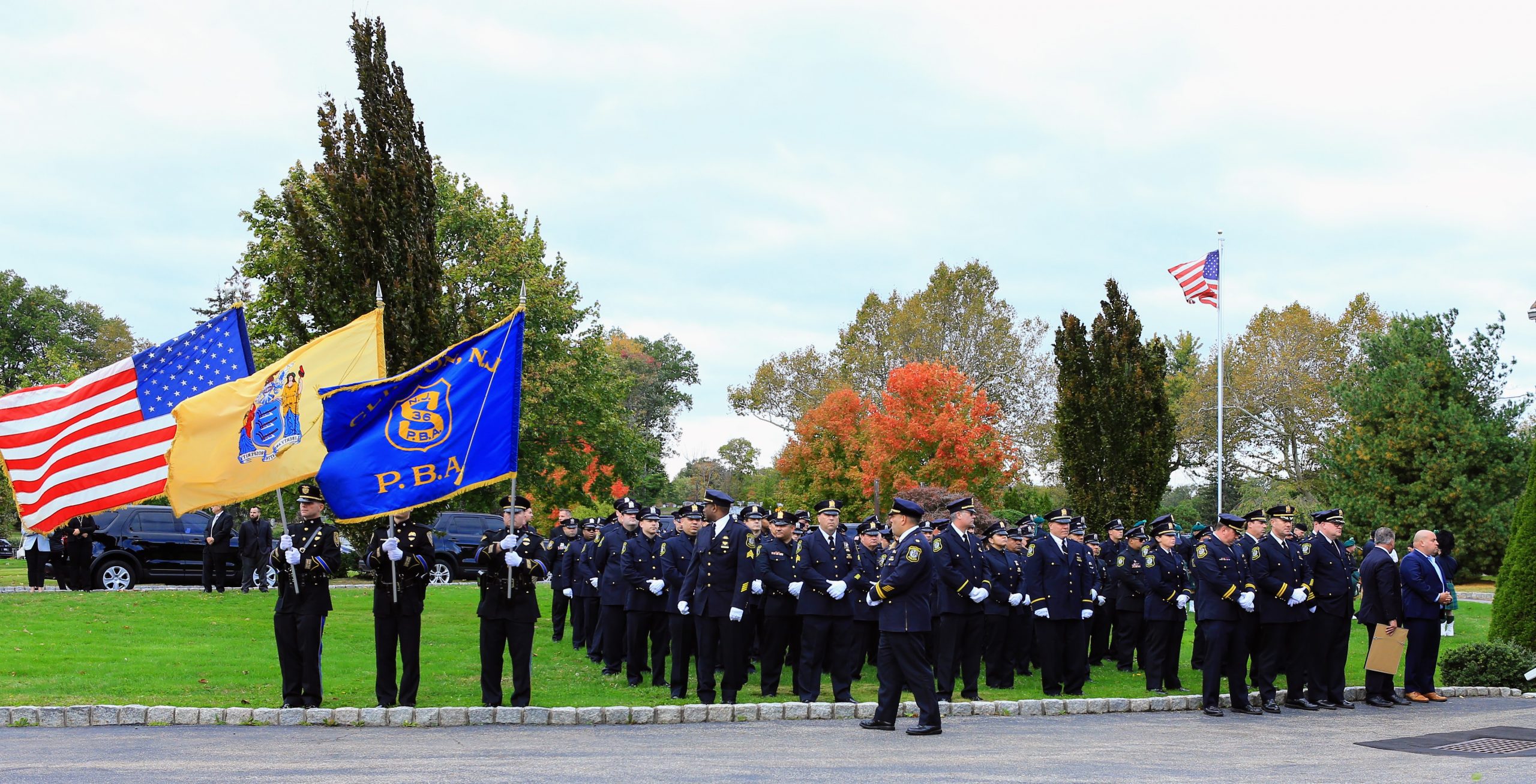 Law enforcement officers from agencies throughout New Jersey paid their respects to James Peri, a 16-year veteran of the job and Bloomfield Local 32 member.

The loss of Peri rippled through members throughout New Jersey. At the Morocco Memorial Chapel in Clifton on Oct. 27, hundreds of law enforcement officers and more than 50 motors units from different agencies gathered for his funeral. Bloomfield PD orchestrated the state police flyover, the pipes and drums performance and the procession down New Jersey Route 3.

“It’s overwhelming to say the least,” Polidoro admitted. “This was a send-off that his wife and his children are never going to forget.”

Michele Peri confirmed as much. She noted how the procession shut down Route 3 and added that the spectacular funeral was fitting for her husband, who always liked attention. 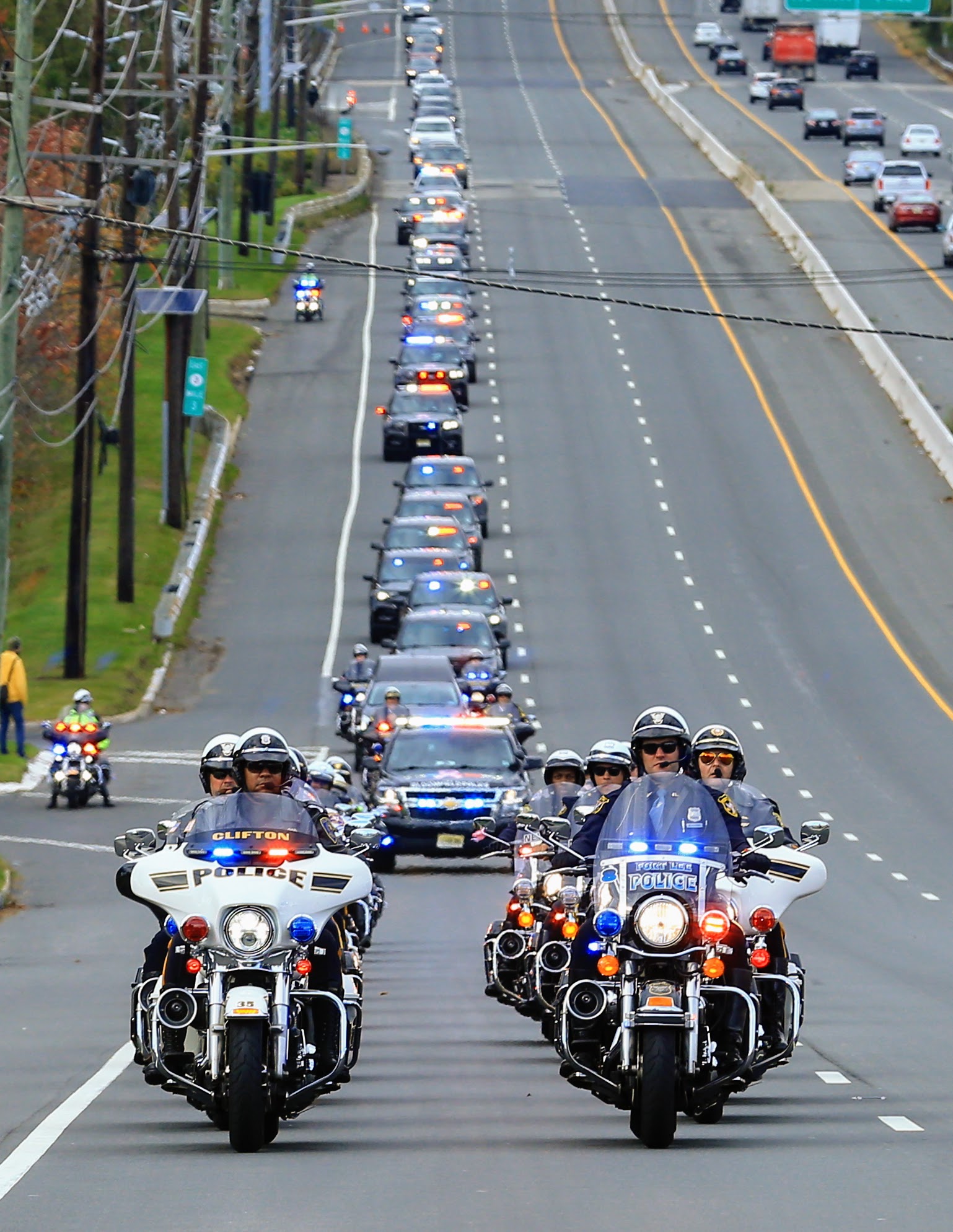 “He was all about the glitz and the glamour,” she said. “And they did it with so much grace and respect, I’m still in awe.”

The resounding love and support from the officers who paid respects helped the Peri family understand that while James might be gone, his legacy and brotherhood are not.

“We feel so protected, safe and secure in knowing that we have a family and a brotherhood,” Michele revealed. “If and when we do need anything, they will be here for us. Which is amazing.”