The Police Unity Tour has come to Israel, where PBA members experienced a breathtaking ride 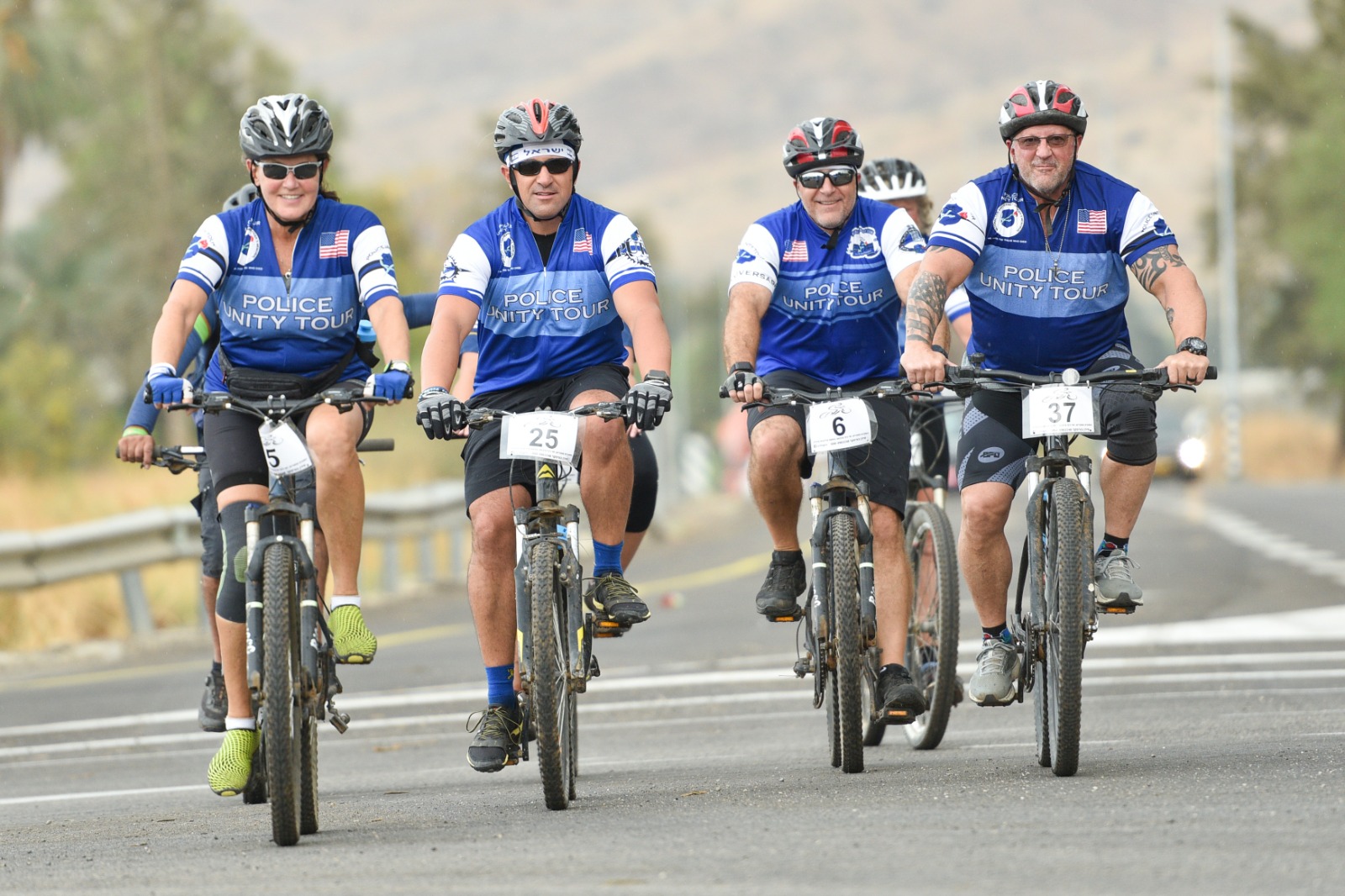 When the 2022 Police Unity Tour Israel rolled into the Golan Heights in October, NJ State PBA President Pat Colligan had already crossed into a territory just south of heaven. Which is where many who have visited here believe this Holy Land resides.

Colligan had been asked to participate in this reciprocal ride by Israeli law enforcement officers who had been doing the Unity Tour to D.C. for several years. This year, he decided to make the trip, joining Irvington Local 29 State Delegate Kumiko Woods, who was doing Unity Tour Israel for the second time.

As he toured the Golan, Colligan bumped into a solider who noticed his PBA shirt. She promptly walked up to Colligan and hit him with a pointed question.

“She said in perfect English, ‘Oh my God, PBA. New Jersey PBA,’” Colligan stated. “And she goes, ‘Where’s my PBA card?’ Turns out, she is from Teaneck.” 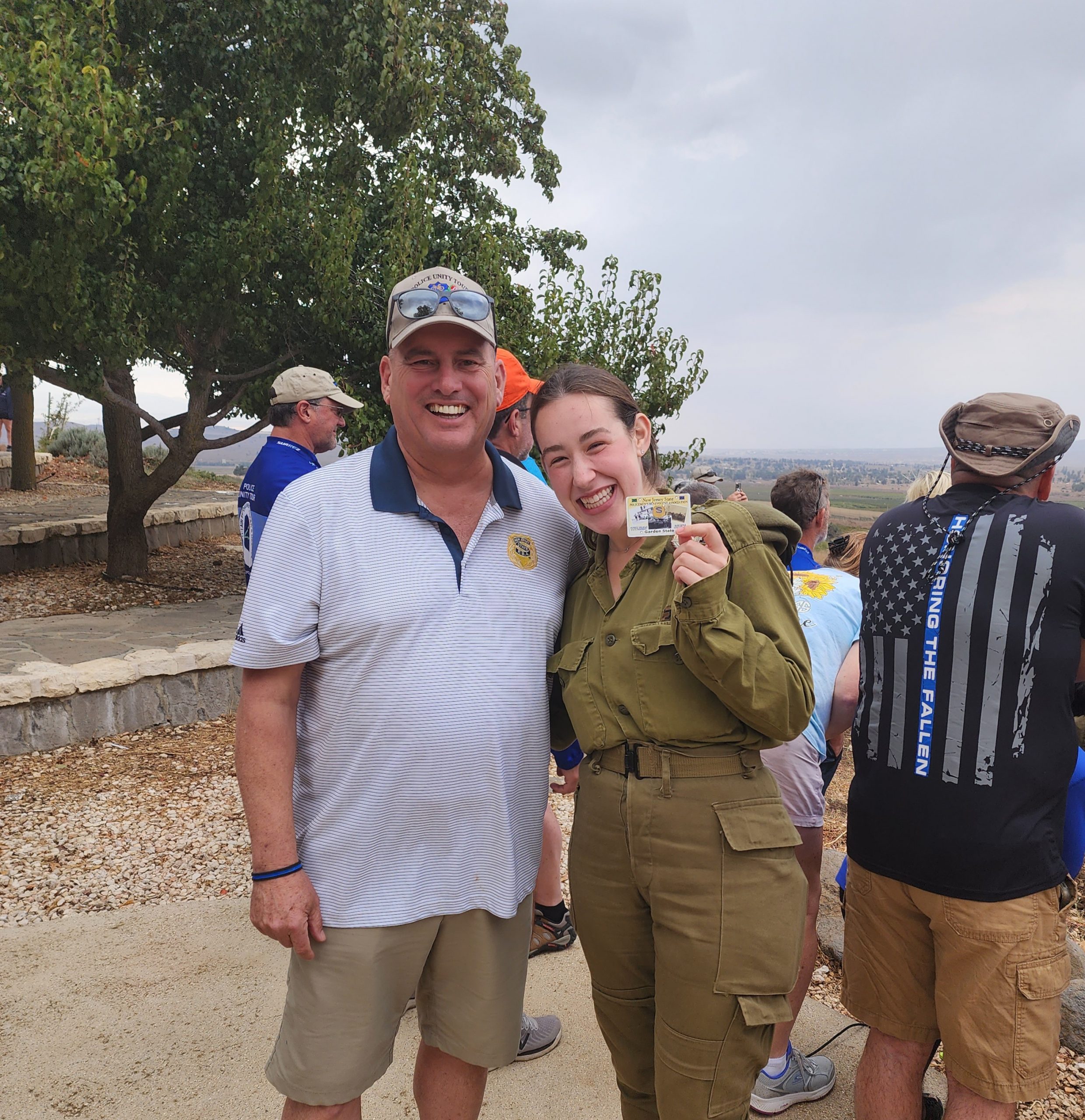 Small world, to be sure. But Police Unity Tour Israel 2022 proved to be a life-changing, lifesaving experience that enabled several PBA members to join officers from across the U.S. and Unity Tour founder Pat Montuore to ride for those who died, honor the fallen and celebrate the wonder of law enforcement in a globally resplendent way.

“It’s kind of hard to put into words when you first get there, because you really don’t know what to expect,” observed Woods, who first participated in the Israeli Tour in 2019. “You know what you read and hear about things. But to see it all before your eyes is just an amazing experience. You have to experience it for yourself.”

Colligan’s Israeli initiation started with the experience in the Golan Heights and being a stone’s throw from the United Nations peacekeeping forces in Palestinian territory. Hanging out with the Israeli National Police for 10 days allowed Tour participants to have access to unique experiences like riding in a patrol boat out into the Sea of Galilee and meeting with former Israeli Prime Minister Benjamin Netanyahu.

“I was overwhelmed,” Colligan gushed. “I’m a big history buff. My dad was in World War II. The Revolutionary War tramped through Franklin Township. So that always interested me. But to be in a country surrounded by people that hate them and they’re dealing with it. It’s just crazy.”

Mike Safris, who is the treasurer for Chapter I of the Police Unity Tour and affiliated with the Essex County Sheriff’s Office, initially connected members of the Israeli National Police to ride the Tour from the annual trips he had been making to the country. The Israeli team started riding with Chapter I around 2013, and shortly thereafter, Safris talked with the officers about getting a Tour going in Israel. 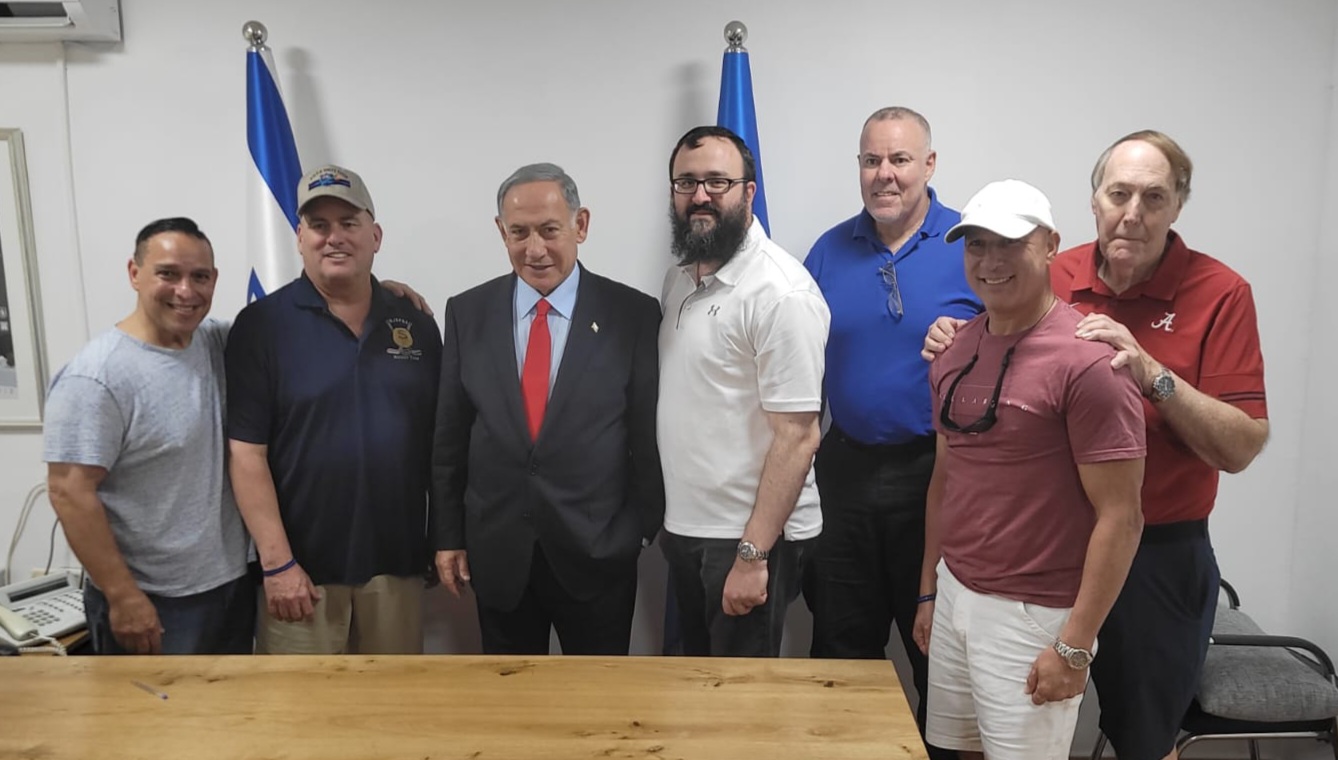 Since that first one in 2016 – four months after the 20th-anniversary Unity Tour ride – participation has grown to more than 50 officers from the U.S. The Israeli Tour is set up as three one-day rides alongside opportunities to see the country’s most historic and emotional sites.

Woods shared how moved she was to visit the Bahai Gardens in the Israeli city of Haifa. Colligan confided how he was able to visit the Wailing Wall in Jerusalem, where the custom is to place notes into cracks to honor those who have passed or are ailing. Which he did. And he visited the Church of the Holy Sepulchre and the tomb of Jesus in the Old City of Jerusalem.

They both noted how spectacular it felt to witness the blending of the major religions – Jewish, Christian and Muslim – in Israel. They both also marveled at how the Israeli National Police includes Jewish, Arab and Christian officers.

The accommodations also left an indelible impression on the Tour participants. They stayed at the Israeli National Police Academy in Bet Shemesh, which Montuore described as only he can.

“People asked me why I would want to stay in a dorm room and not a five-star hotel,” he began. “This was 10-star. I say that with honor and pride.”

The hospitality went above and beyond as well. When the Jewish Sabbath – or Shabbat – came, Tour participants were paired with Israeli officers who invited them into their homes. They enjoyed Shabbat dinner, about which Colligan said he was humbly surprised at how much he liked it.

“The purpose of the Unity Tour is to never forget those who paid the ultimate sacrifice, and that’s universal,” noted Woods, who has done support for the D.C. ride for many years. “It was refreshing to sit down and have a conversation with the Israeli officers and learn what they go through day to day as opposed to what we go through. We actually share some common ideology in terms of policing. And in some aspects, they are a little more advanced than we are.”

As the 2022 Israeli Unity Tour rolled on, it made a somewhat unexpected stop. Several stops had been made to honor Israeli officers lost in the line of duty. But this next one was made to remember somebody who was saved from being lost.

On the first day of the first Israeli Tour, Montuore had woken up ready to roll. Four months earlier, he had led the 20th anniversary ride into the National Law Enforcement Officers Memorial in Washington, D.C.

Mike Safris, left, the Police Unity Tour Chapter I board member who helped arrange the Israeli Unity Tour, with Tour founder Pat Montuore under the tree where Montuore had a heart attack during the 2016 ride. When he returned this year, Montuore buried a silver heart his wife had given him under some rocks by the tree.

On this September day, he felt a little uneasy. Unity Tour Chaplain Greg Boyle was with him and suggested Montuore might be feeling a little nervous.

They were coming up on a hill in the Negev Desert region, near the city of Ofakim. One of Montuore’s bicycle tires went flat. As he kneeled under a tree, a crushing pain overcame him. He was having a heart attack.

“The type of heart attack is called the widow-maker,” Montuore said. “A couple of Israeli officers put me in a vehicle and forced me to go to the hospital. They saved my life.”

On this year’s tour, Montuore and his wife, Alita, had a reunion with those officers and the physician who saved him, Dr. Elena Rothstein. He has since gotten a tattoo on his left leg that is a large Star of David with half of an American flag and half of an Israeli flag with a heartbeat going through it.

Montuore returned to the tree. Alita had given him a silver heart a bit larger than the palm of his hand that he had been carrying with him for a few years. Montuore buried the heart under that tree with some rocks around it and a stick in the center.

“If somebody sees it and they undo it and take a look, maybe they will be blessed by the same thing I was blessed by,” Montuore professed. “I have nobody to thank more for this than my brothers in law enforcement.” 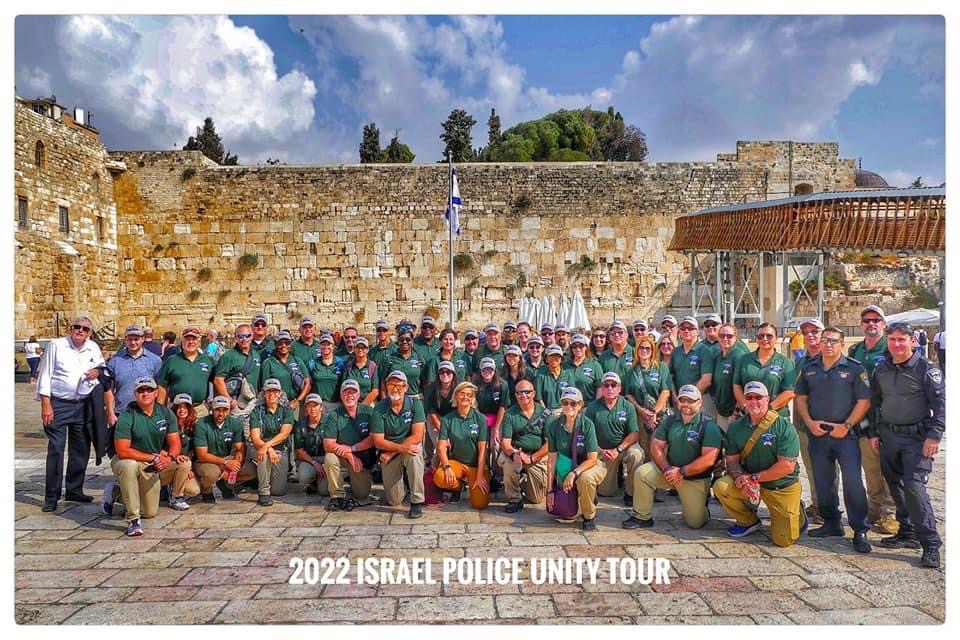 The participants in the 2022 Unity Tour Israel pose in front of the Wailing Wall in Jerusalem.