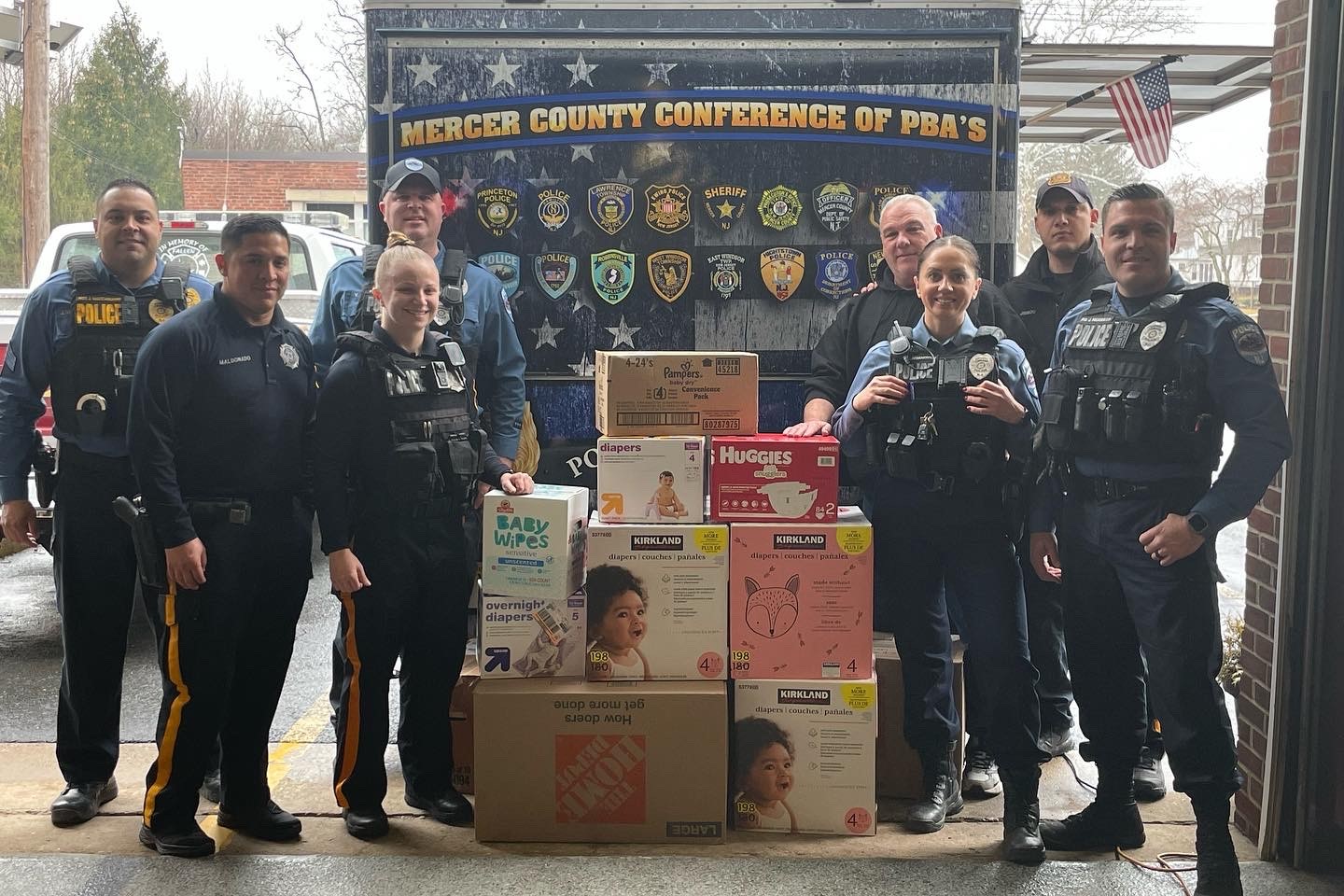 “We were living in this apartment next to the factory. For the whole year, they shut (down) the factory … we had no electricity, no water, nothing for a whole year,” Gavdanovich recalled. “My brother and I, we used to carry little buckets with water to bring home. My mom would take us once a week to our friends’ house to shower. It was bad.”

Against that backdrop, two particular aspects of Gavdanovich make perfect sense: Her appreciation for the opportunity to come to America as a teenager spurred her decision to become a public servant. And similarly, her spirit and dedication to help others motivated a massive local humanitarian relief effort to collect items to send to her home country amid the ravages of war.

Some 15 years before the February invasion of Ukraine, Gavdanovich arrived in the United States with her mother and two brothers a decade after her father had set off to establish roots in New Jersey.

“I was 16 years old, spoke a little English, but not fluent, so my parents sent me to Middlesex Community College to take ESL classes for two years. Then I took criminal justice,” she recalled, adding that her journey included time at New Jersey City University, where she studied national security.

Her career started with the Edison Police Department, where she served as a volunteer auxiliary officer for about two years — and she was hooked. 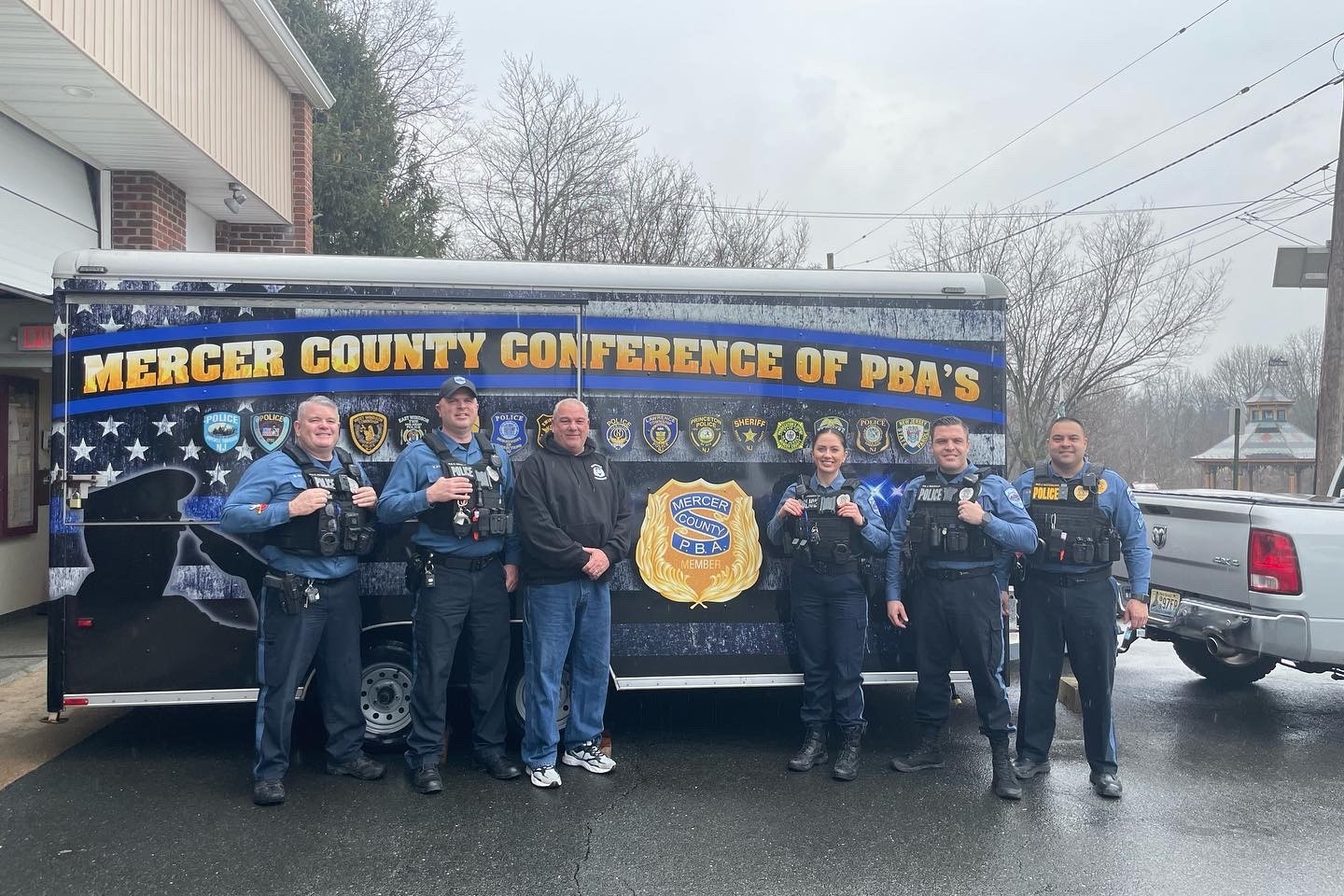 “Obviously, I loved the job. My whole thing was, because I feel so fortunate to live in this country, this was my way of giving back to the community — by becoming a law enforcement officer,” Gavdanovich explained.

After Edison and then time at the Camden County Police Academy, she landed in Hopewell, where she’s been for five years. Her adopted home of Hopewell has stepped up in a big way for Gavdanovich as she watched tragic events unfold in Ukraine and heard that family members were hiding in basements to take shelter from the invasion.

“We were still hoping (the invasion) wasn’t going to happen,” she shared. “When it started, I was working nights. It was really, really bad, and I was crying. My sergeant met up with me that night, let me vent and talk. Guys covered calls for me.”

Having peers offer a shoulder to lean on and an ear to listen meant so much to Gavdanovich, but the support was truly just beginning. After watching images on TV of cities being bombed and hearing the voices of relatives in Ukraine sharing their terrible experiences, Gavdanovich, her sister-in-law and their priest decided to collect donated items to help the people of Ukraine.

Gavdanovich, a native of Lviv, sought the help of her lieutenant’s wife, Lisa Springer, to organize a collection drive. The next thing they knew, the fire department had jumped in to support the cause. Flyers and social media spread the word quickly.

“I honestly didn’t think it’s going to be so big. I thought maybe a couple of people will donate stuff,” she recalled thinking.

Thanks to the people of Hopewell and Mercer County, “big” was quickly redefined for Gavdanovich, who estimated that nearly 40 pallets of goods were collected and shipped. 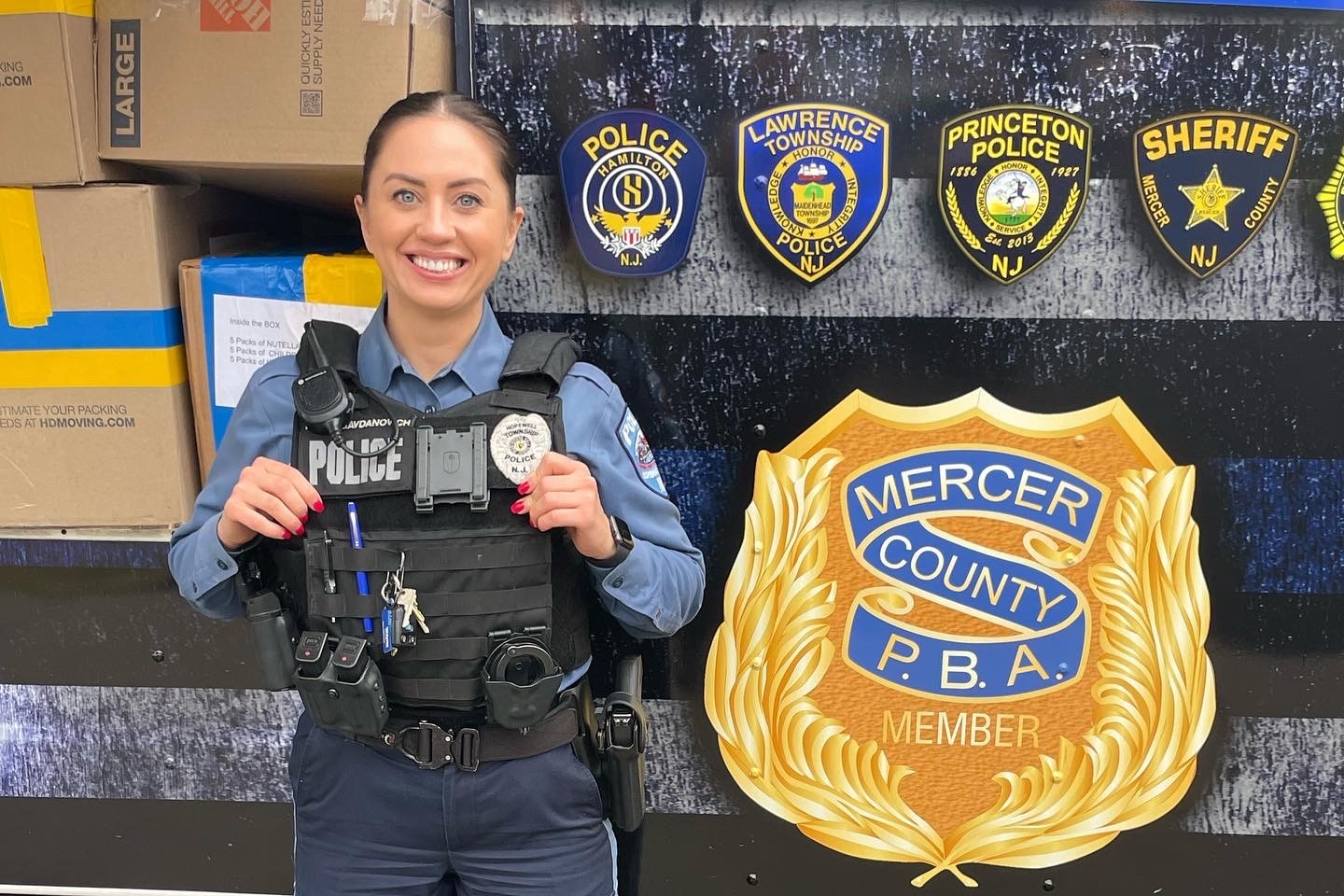 Hopewell Local 342 member Maria Gavdanovich moved from Ukraine to New Jersey when she was 16. Many members of her family still live in Ukraine.

“We did it for eight days, working from early in the morning until 11 at night, midnight, going through stuff, and people just were bringing and bringing donations,” Gavdanovich described. “We collected baby food, nonperishable food, medical supplies, hygiene products, clothing — people brought brand-new clothing. One lady had, like, 20 jackets, and they were brand-new with tags on.”

They filled up the Mercer County Conference trailer and worked with local shipping companies to get the goods overseas. Hopewell residents would show up at the fire department to lend a hand with the sorting and packing. The community united in a way that moved Gavdanovich during a heartbreaking time.

“It makes me feel amazing. I told everybody at the police station and fire department that it helped me cope with it better … it distracted me, in a way,” she explained, noting that she sent photos of the collection efforts to family in Ukraine. “It helps them see that even people here in New Jersey are being supportive and thinking about them.”

Gavdanovich expressed gratitude to everyone who has been by her side and helped support something so important to her.

“My department, I can’t thank them enough,” she exclaimed. “They’ve been so supportive, from the administration and our PBA. It was just amazing to see how Hopewell residents, the fire department and law enforcement all unite because of this and all work together to accomplish this.”

As for her homeland, Gavdanovich is optimistic for Ukraine’s future.

“Since we were little kids, we were always taught that you love your country, you love God, you love family and you protect it,” she related. “We’re going to be free again.”