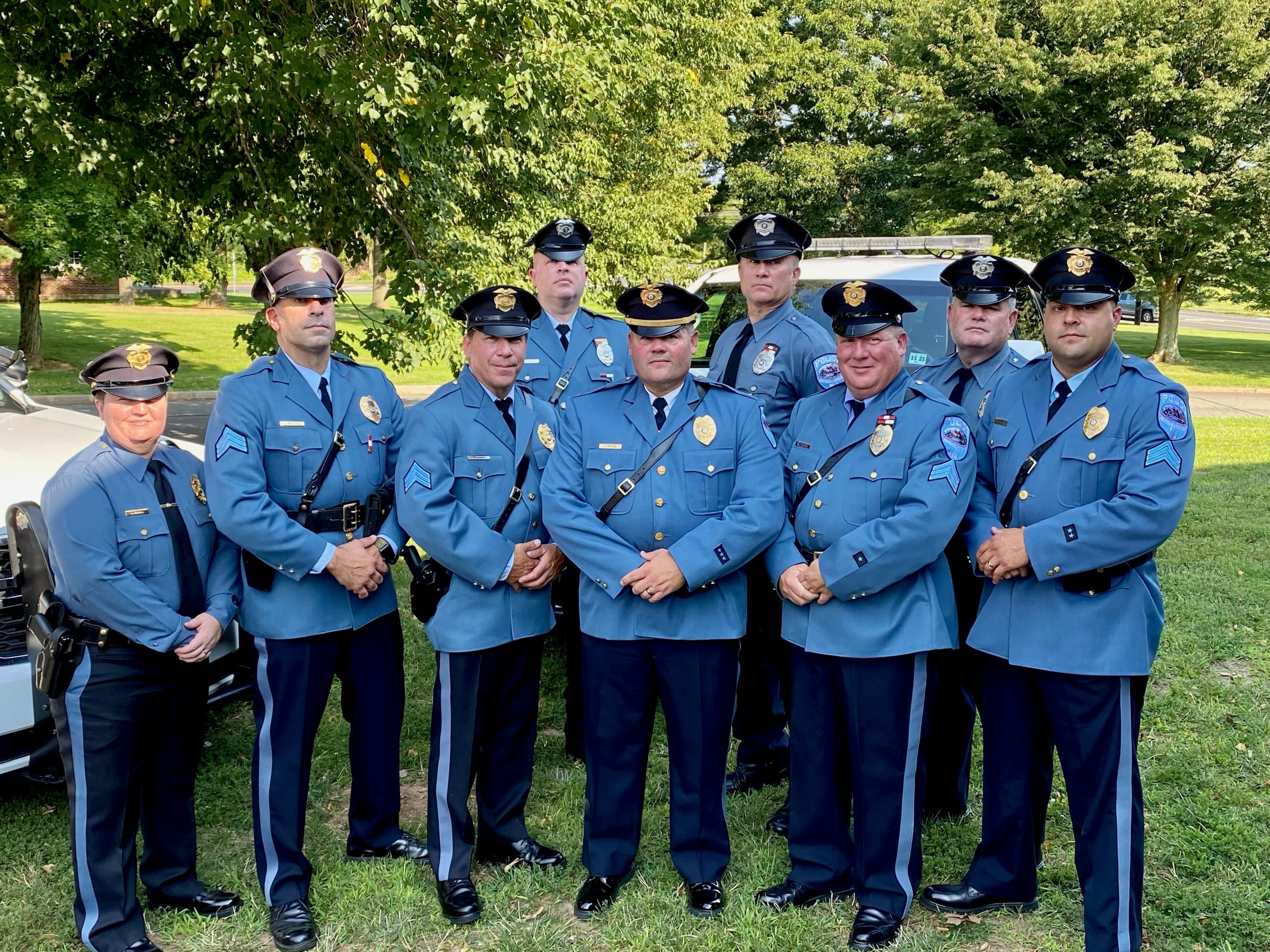 Hopewell Township PD held an official promotion and awards ceremony for many of its members who were promoted within the last year. Due to the pandemic, large gatherings and award ceremonies were not possible under COVID restrictions.