Journey to the Center 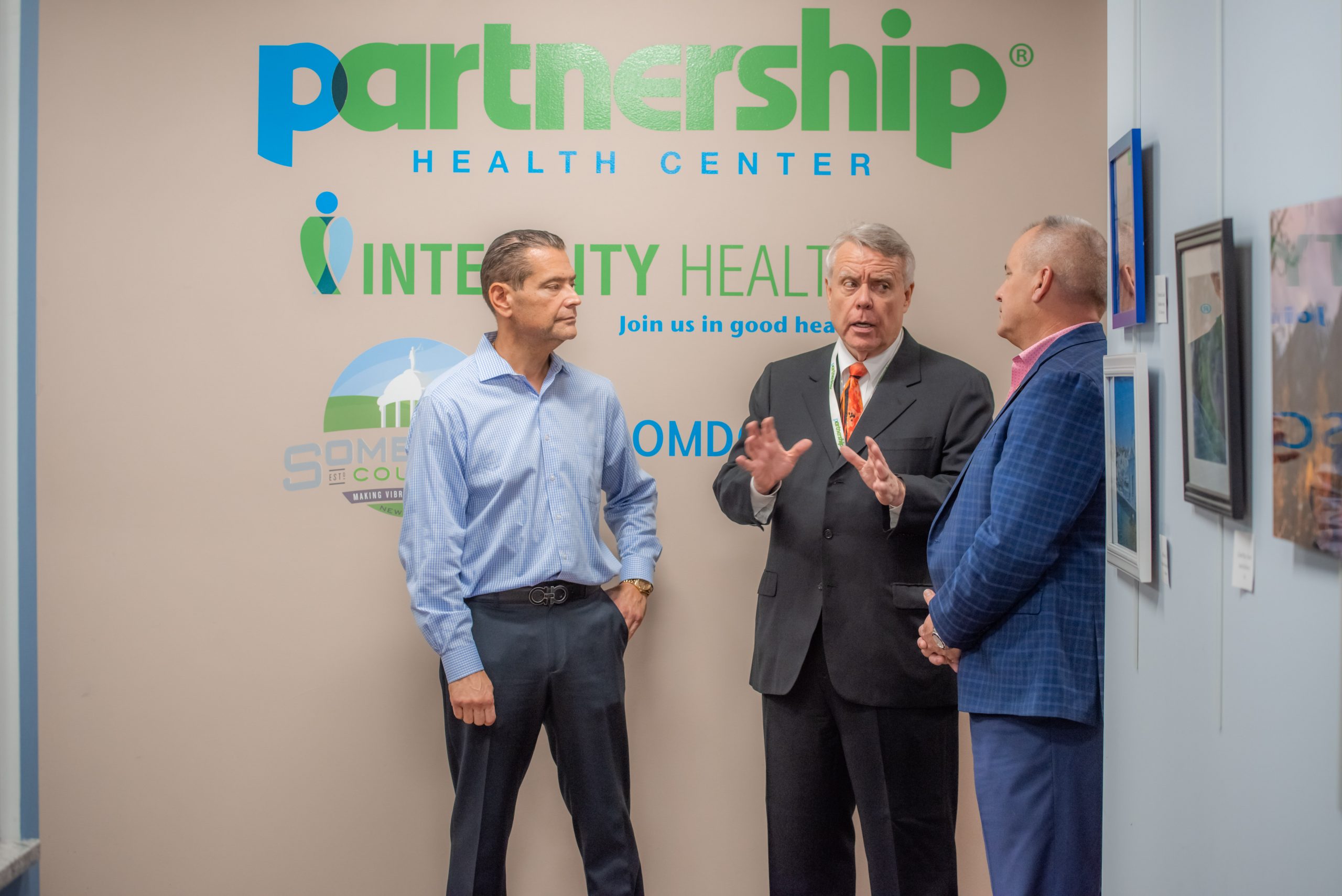 Those who know the renowned chief executive officer for Integrity Health might quip, “Not again.”

It’s not what you think, though.

Actually, Forrester has been channeling a little Ray Kinsella when it comes to the First Responder Partnership Health Center (FRPHC) that will provide unprecedented benefit to NJ State PBA members. The FRPHC has been a field of dreams for Forrester, and like Kevin Costner standing in the cornfield in Iowa, Forrester has worked on that landscape in Hamilton believing, “If you build it, they will come.”

Well, the FRPHC is built and set to open its doors in Hamilton on March 14. This will be the one-stop shop, virtually-no-waiting place for PBA members and their families to get primary care, urgent care, behavioral health, prescriptions, physical therapy and a bevy of other services specially trained just for them.

Yes, some members will have to go the distance to the first center in Mercer County. But if they do, it could lead to more centers being built. For now, members have the opportunity to make use of a facility that can handle all the ails them.

“You hear the voice, and you say, ‘If you build it, they will come,’ and we hope that’s true,” Forrester declares. “This is an innovative initiative but built into it is a way of modifying hours and services so that members will get what they want.”

Members should know that overcoming some of the weaknesses of the healthcare system and doubling down on its virtues helped the FRPHC come to life after a significant gestation period. The NJSPBA contributed to bringing the center concept forward with President Pat Colligan, Executive Vice President Marc Kovar and Kevin Lyons, the union’s health benefits coordinator, ensuring members’ needs were accounted for from the ground up.

The PBA was also part of the FRPHC leadership advisory council, which included leaders from many of the first responder unions in the state vetting plans. The council will be vital, Forrester notes, in continuing the development of the Hamilton site and future locations.

The vast array of treatment modalities and services available at the FRPHC also include radiology and X-ray, bloodwork and lab work, chiropractic care, health assessments, annual physicals and telemedicine. But that’s only part of the attraction.

Some of the staff has experience working with first responders. And prior to opening, training will take place for all staff with experts in first responder care.

That is a specialty that goes all the way to the top. Dr. Christopher Valerian has come on board as president and chief operating office. He is fresh off attending to officers who responded to the Surfside condo collapse in Dade County, Florida this past summer.

“Our first responders risk their lives to help others,” he says. “The least we can do is make sure they have the healthcare resources and support they need to do their jobs.”

The FRPHC pledges a healthcare team unlike anywhere else because of the practitioners. “Team” is the operative word. Right down to the pharmacist that has been brought on, this is a team designed to focus on the patients.

That would seem to be an operating principle most responsive to first responders’ needs to get care and treatment at a moment’s notice because of their intense schedules. And because they have so much risk for injury and illness from the moment they clock in.

So the doctors, nurses, pharmacists and clinicians will all be trained to know the unique challenges all law enforcement officers, including correctional police officers, endure on the job. Whenever you come into the First Responder Partnership Health Center, the only people that will be there are first responders and medical personnel who are trained to interact with first responders.

“All of the pieces are there,” Forrester assures. “But what’s really important is that they be more than just good healthcare providers. They also need to have the mindset of a first responder because the emotional part is so important.”
They have built it. And will continue to build. Now, the most important aspect of success is first responders coming to the FRPHC for care.

Toward that end, a pre-registration system that can be used when a first responder or family member utilizes the FRPHC will be available. The pre-registration system will allow for the collection of pertinent data, such as insurance and employment information, to confirm a patient’s eligibility as a first responder or family member. All information will be securely stored, so when patients arrive, they can simply check in and see FRPHC healthcare professionals without having to worry about filling out forms.

Detailed information pertaining to the pre-registration process will be distributed via email and other avenues in the coming weeks. Keep an eye out for that information and be sure to register as soon as possible. Should you have any questions about the process or requirements for pre-registration, contact the FRPHC directly at info@frphc.com.

The grand opening promises to be a memorable event. Forrester even had special challenge coins made up for the opening. They are sequentially numbered and will be given to the first 500 patients.

“We want members to really believe that this is their place and that they have a voice in making their place what everybody wants it to be,” Forrester accentuates. “We’re focused on getting the routines set up, and we’re very excited because we know that we are just going to get better and better.”