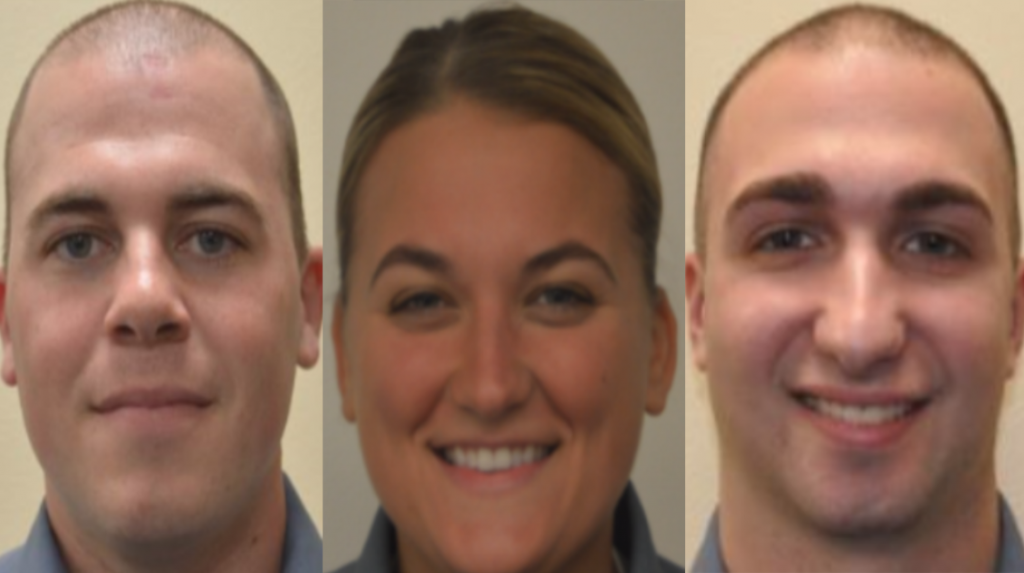 When responding to a medical alarm call, Secaucus Local 84 member Philip Caruso typically doesn’t grab every piece of equipment out of his vehicle initially — but something prompted him to do just that when responding to an unresponsive 59-year-old man on June 12.

“I didn’t just bring in the oxygen or the X, Y and Z,” explained Caruso, who has 2 1/2 years on the job. “When I got out of the car, I grabbed all the equipment that is provided to us, just in case on this one. I think it was very, very fortunate for him and me that I decided this time to bring everything in there.”

Upon arrival early in the morning, Caruso grabbed his medical bag, ran into Long Shot Gun Range and was directed to the retail area of the store. The unresponsive man was lying behind the counter with his head propped up.

“As soon as I got down to him, I saw he definitely wasn’t breathing,” Caruso said. “I tried to find a pulse twice — couldn’t find a pulse. So at that point I started doing CPR.”

The officer knew that every second could be the difference between life and death. He was in the middle of compressions when his partner, Officer Matthew Kirvin, arrived. Kirvin checked for a pulse a third time, and when he couldn’t find it, they began to alternate doing compressions and giving rescue breaths.

The high-pressure situation required intense focus and teamwork from all three officers. They continued chest compressions until Hudson Regional Hospital EMTs arrived and hooked up the unresponsive man to their AED and specialized equipment.

With one final shock from the EMTs, they were able to find a heartbeat for the man and transport him to the hospital.

“I believe he was in surgery for the next two days,” Caruso relayed about the victim, who is now in stable condition. “And then we checked in about a week later, and he was in the intensive care unit.”

With just a couple of years on the job, Caruso felt the training kick in for this atypical response. He’s only done CPR about six times in his career so far, and he was extremely proud of the teamwork that he, Kirvin and Bronowich put in to save a man’s life.

“The way I look at it, it’s a really good feeling [to save a victim], because it doesn’t happen that often. All the stars need to align so that someone can be saved,” Caruso expressed. “I feel like you get a handful of moments where you can step up, rise to the task and really change someone’s life for the better. And I think it’s great that I work in a place where you’re set up for success.”