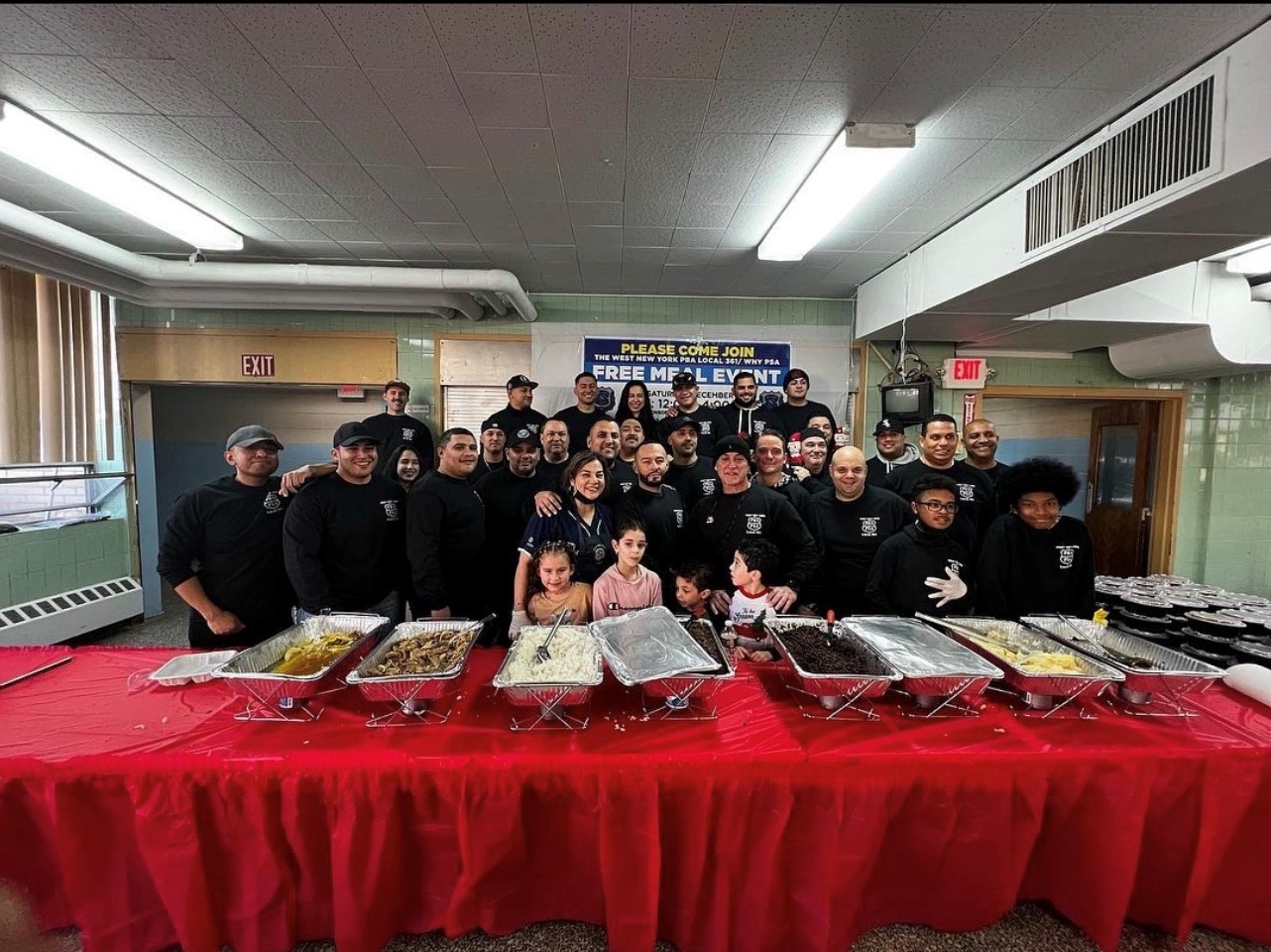 “[The players] were so engaged with the community,” said Local 361 State Delegate John Vializ. “The residents were so ecstatic and appreciative.”

Feed NJ, an initiative to curb pandemic-related food insecurity while stimulating local restaurants, expanded its partnership with NJSPBA Locals to the State Troopers NCO Association as well as the New Jersey chapter of the NFL Alumni Association.

The Local reached out to Soup Kitchen 411 Program Coordinator Alyssa Verrelli to organize the event and spread the word throughout the community.

“We went around town and handed out flyers,” Vializ explained. “We put on our social media that we were going to hand out meals.”

The program, which facilitates restaurants providing meals, relayed to the members which businesses would participate. Then the members went to pick up the food, including from Centro Latino Restaurant, Red White and Pasta and 7-Eleven. Signs Lab and Cover Stitches sponsored the event as well.

Members, who volunteered their Saturday afternoon, and the former NFL players handed out meals including pasta and dessert to West New York residents. For those who arrived with children, members also gifted them with toys. Vializ said the event provided an opportunity to serve their communities while combating food scarcity and helping restaurants that are struggling.

“We were happy to help more than 200 residents, even if it was just for a couple hours,” he remarked. “It was worth our while. It was just very gratifying to see their faces so happy to see us and happy to enjoy a meal.”