Longport PD unveiled a new Humvee vehicle for the John R. Elliott HERO Campaign for Designated Drivers on May 27 behind the department’s Borough Hall.

The department is the first in the state to have a military-surplus Humvee outfitted to display the HERO Campaign’s message, “Be a HERO. Be a Designated Driver.”

The HERO Campaign is in honor of U.S. Navy Ensign John R. Elliott, a local from Egg Harbor Township, who was struck by a drunk driver. His mother and father, Muriel and Bill, founded the organization to combat drunk driving. 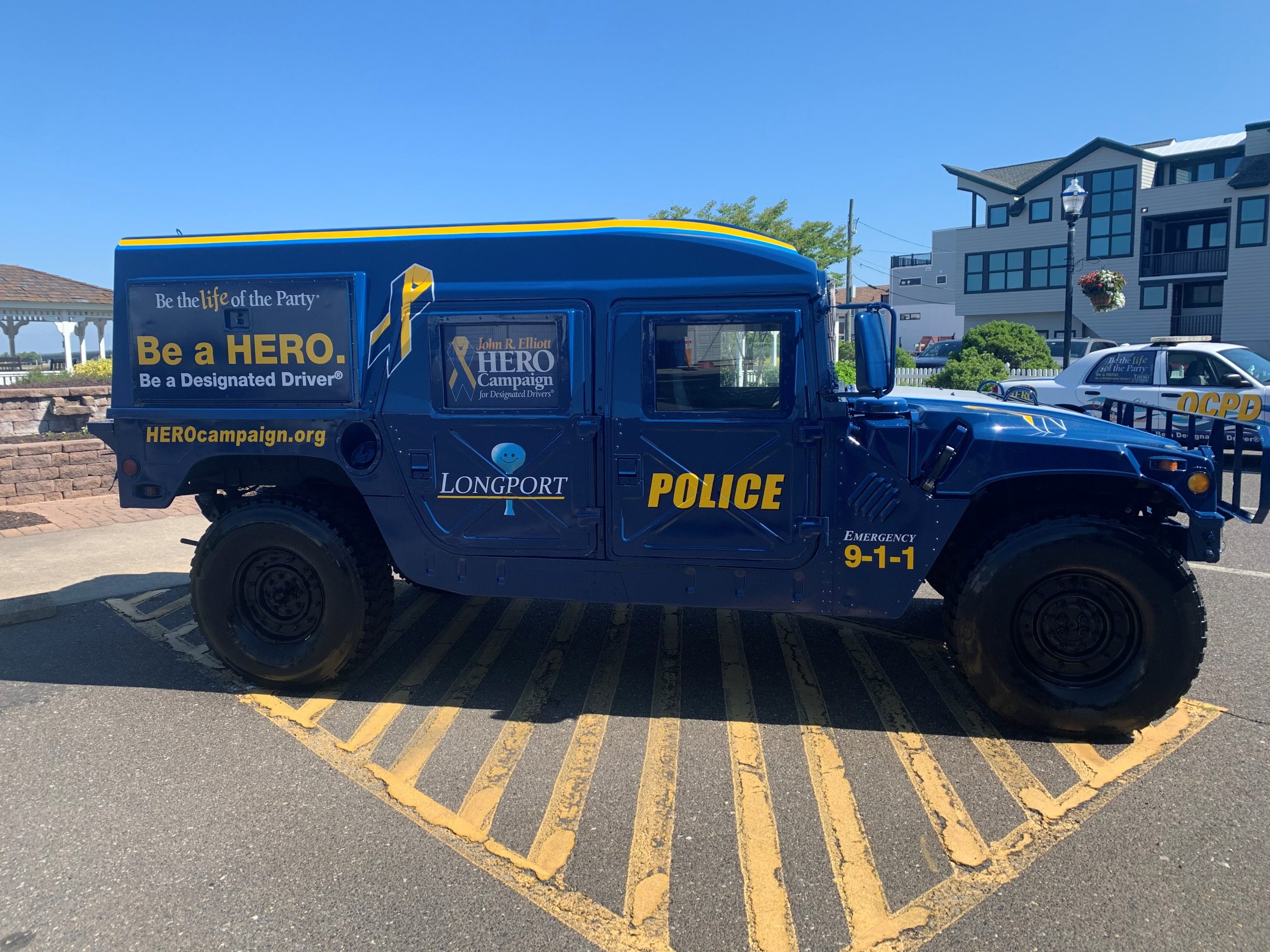 “I spent nearly 10 months coordinating with Mr. Elliott and his campaign,” said Ray Burgan, Longport Local 363’s police information officer. “[We discussed] the logistics of design, where it would be done, who would be doing it and more.”

The Humvee was taken to Elite Auto Body in Egg Harbor Township to be wrapped. It was going to be a massive project, and they were on a time crunch to get it done by unveiling day. So Burgan and six officers went to the shop to help prepare the Humvee for paint.

“We actually sanded the whole Humvee down,” Burgan remarked. “We had a big part in preparing the vehicle.”

With the officers’ help, the Humvee was outfitted just in time. The process was funded entirely by philanthropist James Klinghoffer, who passed away just two days before the unveiling. 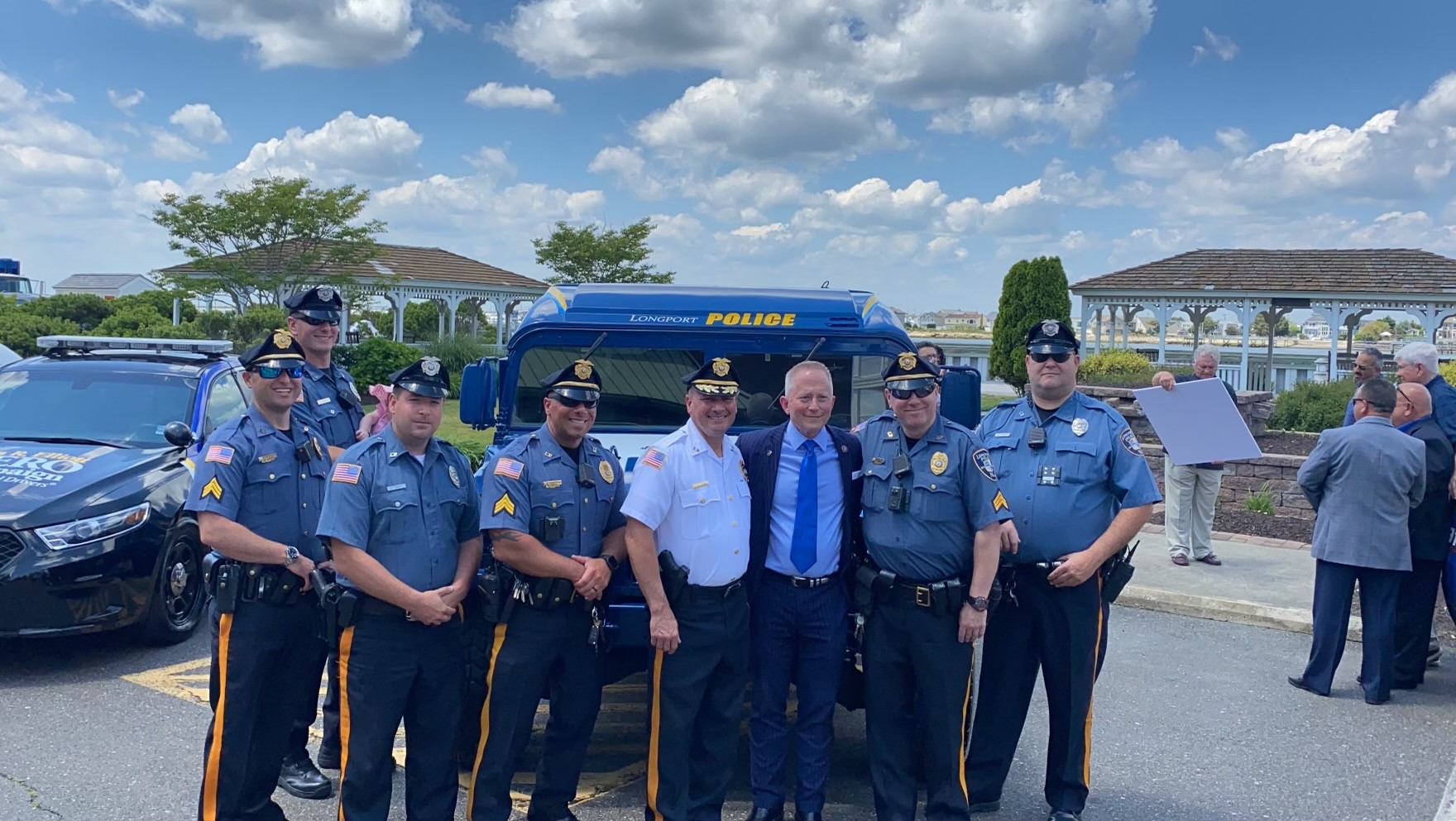 “He’s done a lot of really good things with his wealth,” Burgan revealed. “And unfortunately, he didn’t get to see the completed project.”

On unveiling day, the department was joined by Pleasantville PD and Vineland PD, both of which had also just finished outfitting their own patrol cars for the HERO Campaign. A total of nine agencies showed up with their respective vehicles.

“We wanted to make this unveiling a little more special than the rest,” Burgan noted. “Because it was a Humvee, this was extraordinary. So we decided to make this a really big event.”