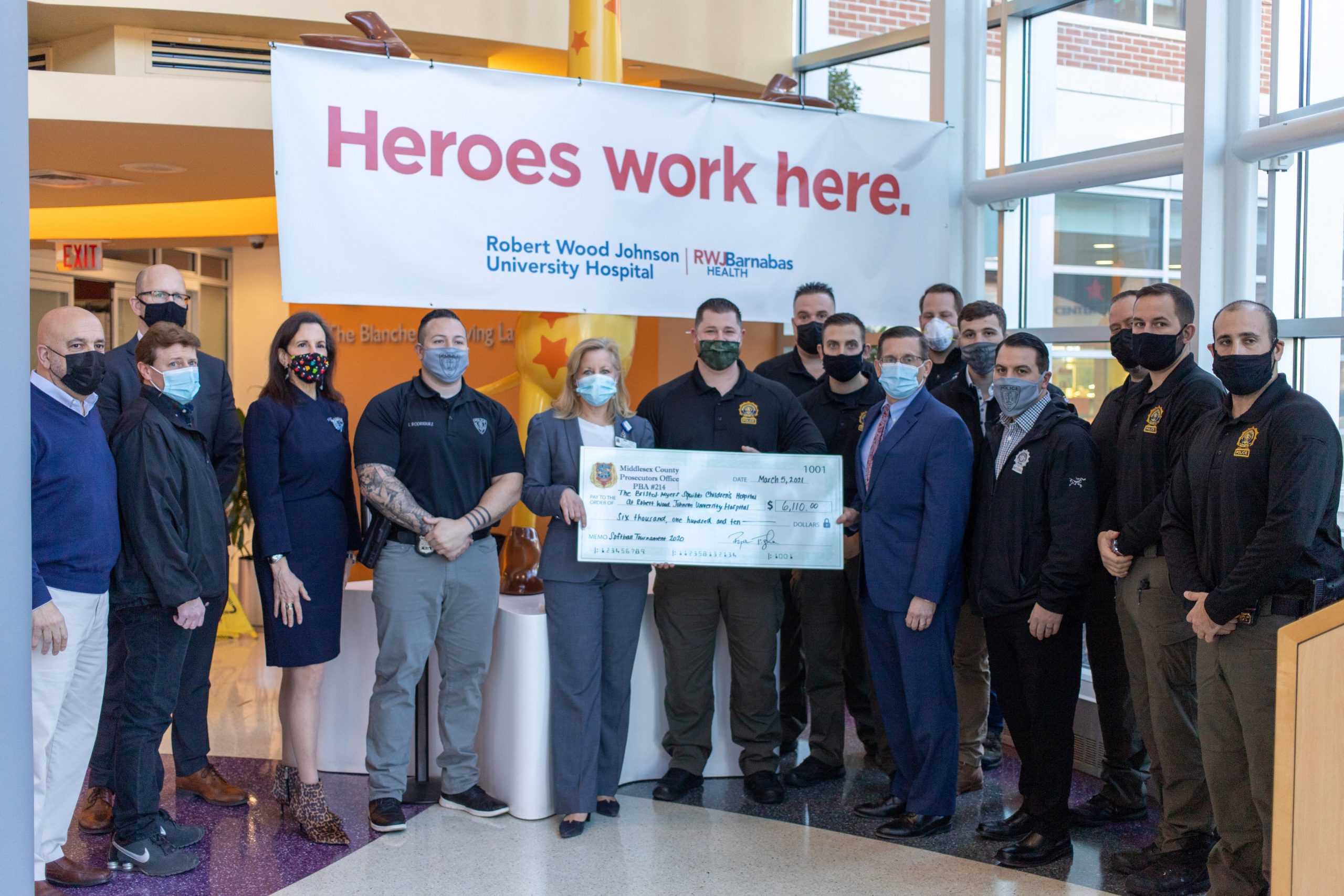 Middlesex County Prosecutors Office Local 214 member Colin Feneis, who used to play on the national police softball league, felt inspired to create a smaller-scale softball event of his own.

“The league mixed fundraisers and hanging out with friends while playing softball,” Feneis recalled. “So I wanted to parlay that and do it at our Local.”

So Feneis organized an annual charity softball tournament that has resulted in more than $20,000 donated to the Bristol-Meyers Squibb Children’s Hospital at Robert Wood Johnson University Hospital over the past three years.

And on March 5, Feneis, other Local 214 members and Berkeley Heights Local 144 members presented a $6,110 check to the hospital.

“My own aunt passed away at the hospital a couple years ago,” Feneis said. “Unfortunately, a lot of people have family members there. And when you’re talking about children, there’s even more soft spots for everybody.”

Local 214 has a longstanding tradition of donating to Robert Wood Johnson University Hospital, dating back to the late ’90s. But donations from the softball event are even more special because they go directly to the children.

“We thought [the donation] was just going to whatever the hospital needed,” Feneis explained. “But it goes specifically for toys for the children who may be stuck there on holidays, or for parties if it’s one of the children’s birthdays, so it benefits their happiness instead of their medical equipment.”

Due to its success, Local 214 wants to continue the charity softball game every fall.

“We thoroughly enjoy supporting the children’s hospital every year,” said Christopher Pennisi, the Local State Delegate. “And we are so grateful for the support we get from other Locals and the county.”