Old Bridge Local 127 members hoop it up for community relations 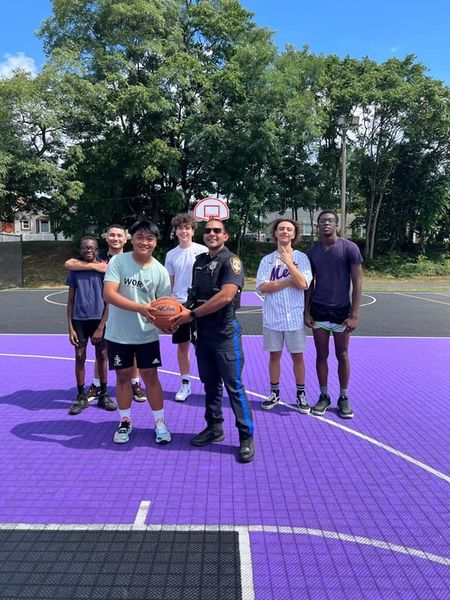 The members of Old Bridge Local 127 may not be Michael Jordan or LeBron James, but that doesn’t mean they can’t show their skills on the basketball court.

What started as a pickup game between Officer Matt Jaikissoon and a few kids in the Laurence Harbor neighborhood has turned into a relationship between law enforcement and the community.

While on patrol one day, Officer Jaikissoon noticed a group of kids shooting hoops. Immediately, he knew he had to show them some skills.

Jaikissoon has only been on the job for around five months, but at that moment his training officer — who was on patrol with him that day — thought a game of basketball would be a good lesson in community policing.

Community policing is one of Local 127’s big priorities, according to President Vinny Galgano.

“It was kind of a good start for a rookie officer to engage younger kids, and we’re promoting that a lot now,” Galgano said.

Jaikisson’s actions must have made an impact, because on Sept. 2, another group of kids challenged Local 127 Secretary Joe Ramm to a game of pickup at the courts on the Laurence Harbor beach front.

Of course, if Ramm was going to take on this group of kids, he was going to need some backup. That’s when he called up Galgano, who was down for it.

“They loved it,” Galgano said. “We won’t say who won this Old Bridge Local 127 members hoop it up for community relations contest, but we will tell you they had some solid defense. They said we were the coolest cops and that they wanted to hang out again.” 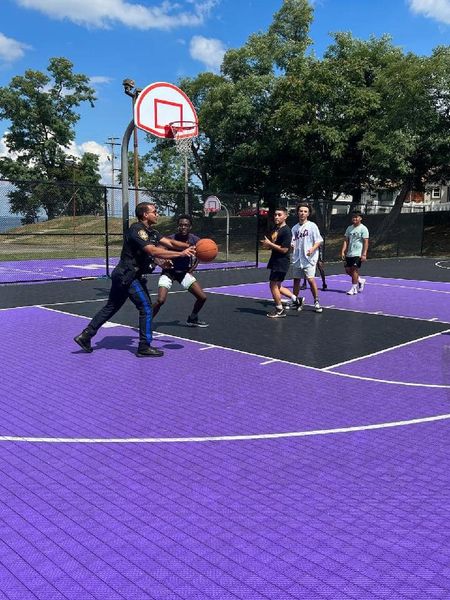 Ramm, Galgano and the kids ended up taking pictures on the court, and the social media post generated more than 10,000 views on all of the Local’s social media platforms. Galgano said he hopes parents see their story and it inspires them to tell their
children to interact with police.

“We’ll jump in games, we’ll play cards. It doesn’t matter,” he said. “It’s really about focusing on the younger kids to give them a good, positive experience to take with them for the future.”