The thin blue line that typically spans the length of the Seaside Heights boardwalk the third Saturday in February will look a little different this year.

Rather than the much-anticipated, braving-the-elements day that typically sees NJ State PBA members loading into buses and cooking out along Ocean Avenue, a virtual alternative will bring the 28th annual Polar Bear Plunge closer to home. 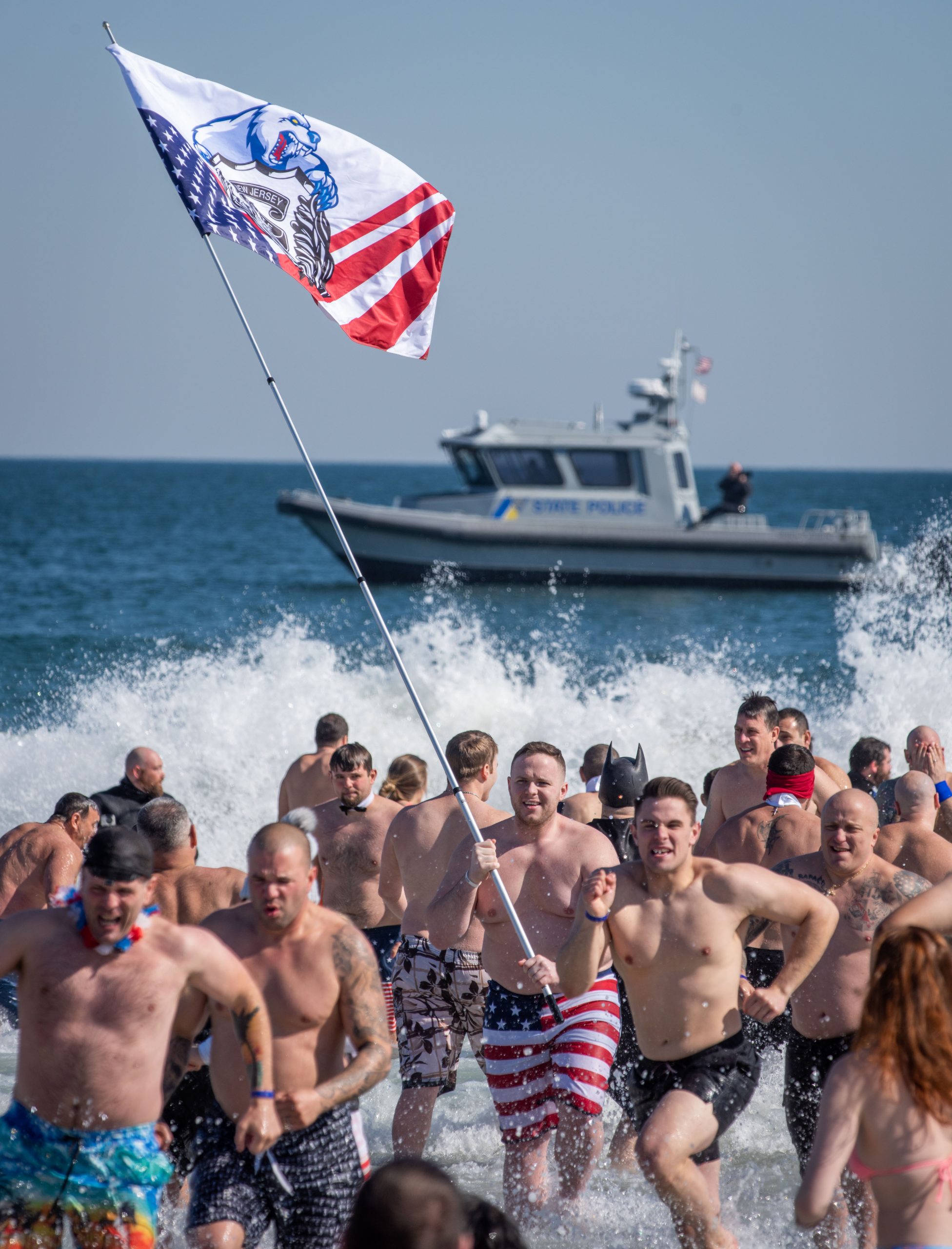 “When you go to Seaside Heights, the best part about it is seeing the thousands of people — the sidewalk is packed, the boardwalk is packed,” expressed Raritan Local 82 State Delegate Meg Hammond, who also serves as a Special Olympics New Jersey (SONJ) Law Enforcement Torch Run state committee member. “But this year, here we are the faces behind it, the humans, the families, the former athletes, the people. Here we are.”

Due to restrictions related to COVID-19, Special Olympics New Jersey is encouraging participants to create their own plunge experiences and share them virtually between now and April 17.

Despite the do-it-in-your-own-hometown element of this year’s event, the NJSPBA is confident that the spirit of the plunge will still unite members statewide. Maybe not the way it does in Seaside Heights, where you can walk the streets and see members of Local after Local — some of whom have come in buses — hanging out, getting their plunge faces on.

Locals that take the plunge every year are coming up with creative ways to replicate the experience in their own backyards. They’re generating fundraising to meet the more than $1 million the plunge annually raises for Special Olympics.

“The virtual aspect is exciting,” Hammond affirmed. “Now you can bring it down and show how it just takes one person or one Local to fundraise. And we know that the cause is still all of us together for one big event.”

Fundraising for the event and supporting SONJ — the most important motivations to spending weeks getting a team together and showing up as much as eight hours before to prepare — are in full swing. While the iconic check presentation on the top floor of the Spicy Cantina may not be taking place this year, NJSPBA President Pat Colligan assured that the PBA will be making its annual donation to the Special Olympics.

He knows that fundraising for the Special Olympics is vital to ensure that Special Olympics athletes and their families never have to pay a dime to participate. It’s a cause the PBA supported long before he became president. He hopes that this year, the PBA raises more money than ever before.

“We have to step up. We know it’s a great cause, we know it’s camaraderie,” Colligan shared. “It’s just one of those nutty events that everybody can stand behind and know that the money’s going to a great cause. It’s a fun day, and you’re doing something right for the community.”

Members are excited about supporting Special Olympics, no matter what the event looks like this year. Sayreville Local 98 is already leading fundraising as part of the top 10 for all teams, not just PBA, with nearly $3,000 raised.

State Corrections Local 105 member Scott Lazorchack, who will be making his 22nd plunge this year, said that his group’s efforts are no different than a typical year. Social media posts, email blasts, texts and word of mouth are all helping to generate funds.

Local 105, which typically brings hundreds of members to the shore, is maintaining its presence virtually as a top participant.

“My wife works with special-needs kids, and we have friends with autistic children, so it’s a really special cause to us,” Lazorchack declared. “We’re trying to make the best of it. My response that I’ve gotten from friends that we’ve reached out to, every one of them has been like, ‘Yeah, let’s do it. Let’s go do our own thing.’ And if we can’t go down to the shore and do it, we have lakes we can jump in.”

This year will channel even more innovation into the support for Special Olympics athletes. Middlesex County Sheriff’s Local 165 member Chris Vance shared that the Local 165 members have multiple ideas for their plunge, including filling an inflatable swimming pool full of ice water and enduring a chilly slip-and-slide with water balloons. 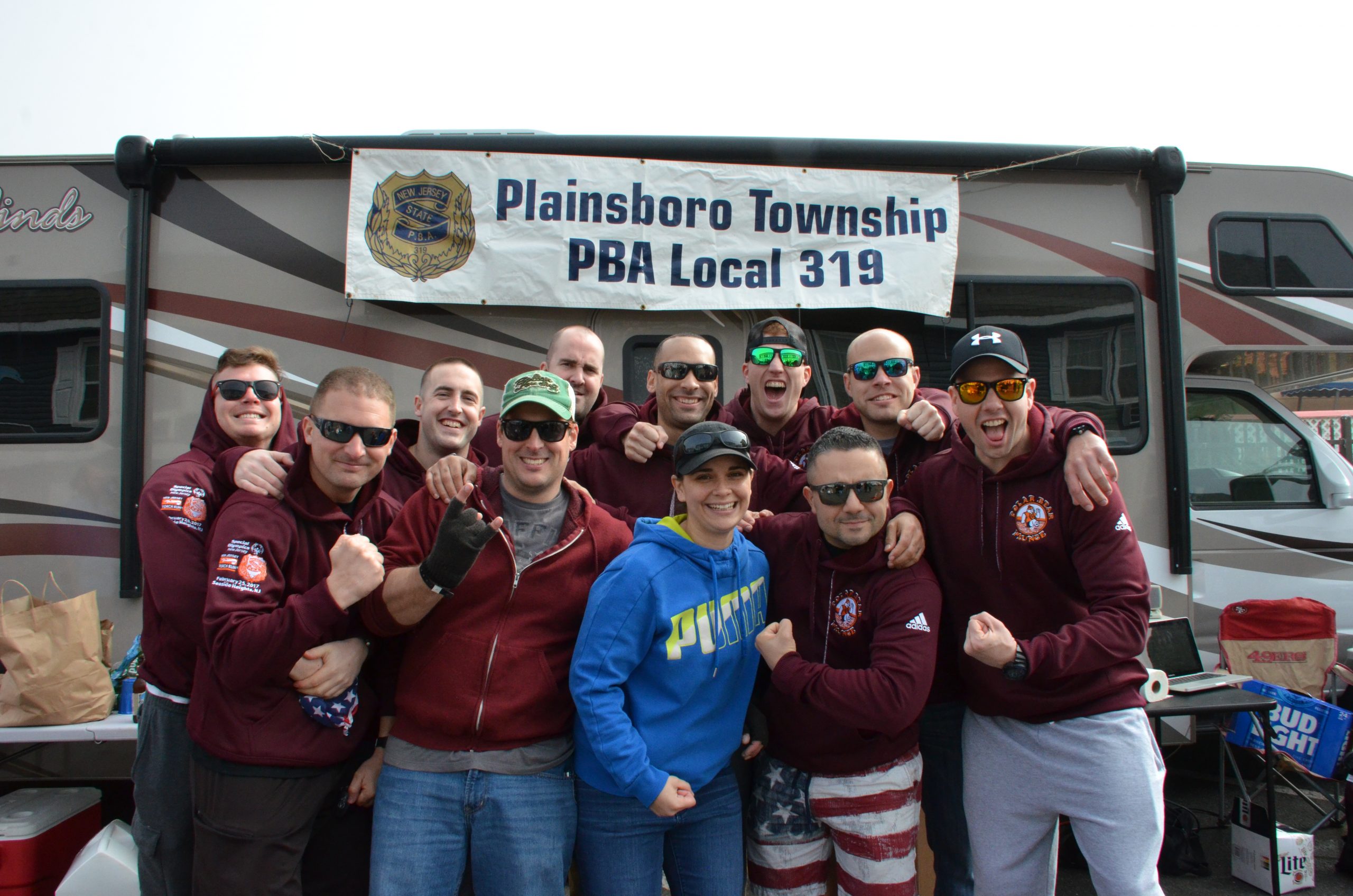 SONJ is suggesting filling super-soakers with freezing water, doing sprinkler runs, participating in ice baths, dumping buckets of ice water over participants or spraying them down with a water hose to creatively support more than 26,000 SONJ athletes.

Hammond shared that her team is getting dunk tanks and making the plunge a friendly competition to dunk participants for an icy dip. She also suggested diving into a snowbank created from the recent winter storms as a way to enjoy the festivities that always take place before thousands rush into the waves when the horn blows at 1 p.m.

“I want to try to encourage guys, just like, ‘Hey, get out there,’” Hammond relayed. “A lot of people can’t deal with the loss of social communication, they’re struggling and reaching out. This is one way — the virtual plunges — of saying, ‘Hey, it’s OK. We’re going to make it through this. We’re going to have a good day.’”

The reach of the Polar Bear Plunge and the energy of being on the beach will be impossible to completely replicate, but members can, and will, still celebrate. This year, everyone will undoubtedly miss the excitement of grabbing a doughnut and hot coffee at the NJSPBA Special Services trailer, on hand to support the massive number of attendees.

Nothing beats the exuberant energy of interacting with members dressed up as wrestlers, Disney characters and superheroes, or peeling off the layers for that initial dunk. Seeing the same Locals taking residency in their unofficial spots every year and counting the minutes for the last-man-in-the-water battle won’t be present, as they have in past years.

But law enforcement officers — dedicated to inspiring and being inspired by others — are sure to rise to the occasion of bringing their best, even in a situation like this year. It’s what they always do.

“I think you’re going to see a lot of people still participate, I really do,” Lazorchack encouraged. “We look forward to the entire day. We’re kind of going to just keep the tradition alive and still do it, like it was a normal year for us. We’re going to try to make the best of it.”

By participating in a do-it-yourself plunge in the backyard, local lake or wherever, members can generate the same level of emotion, anticipation and elation that an icy dip in the Atlantic annually creates. 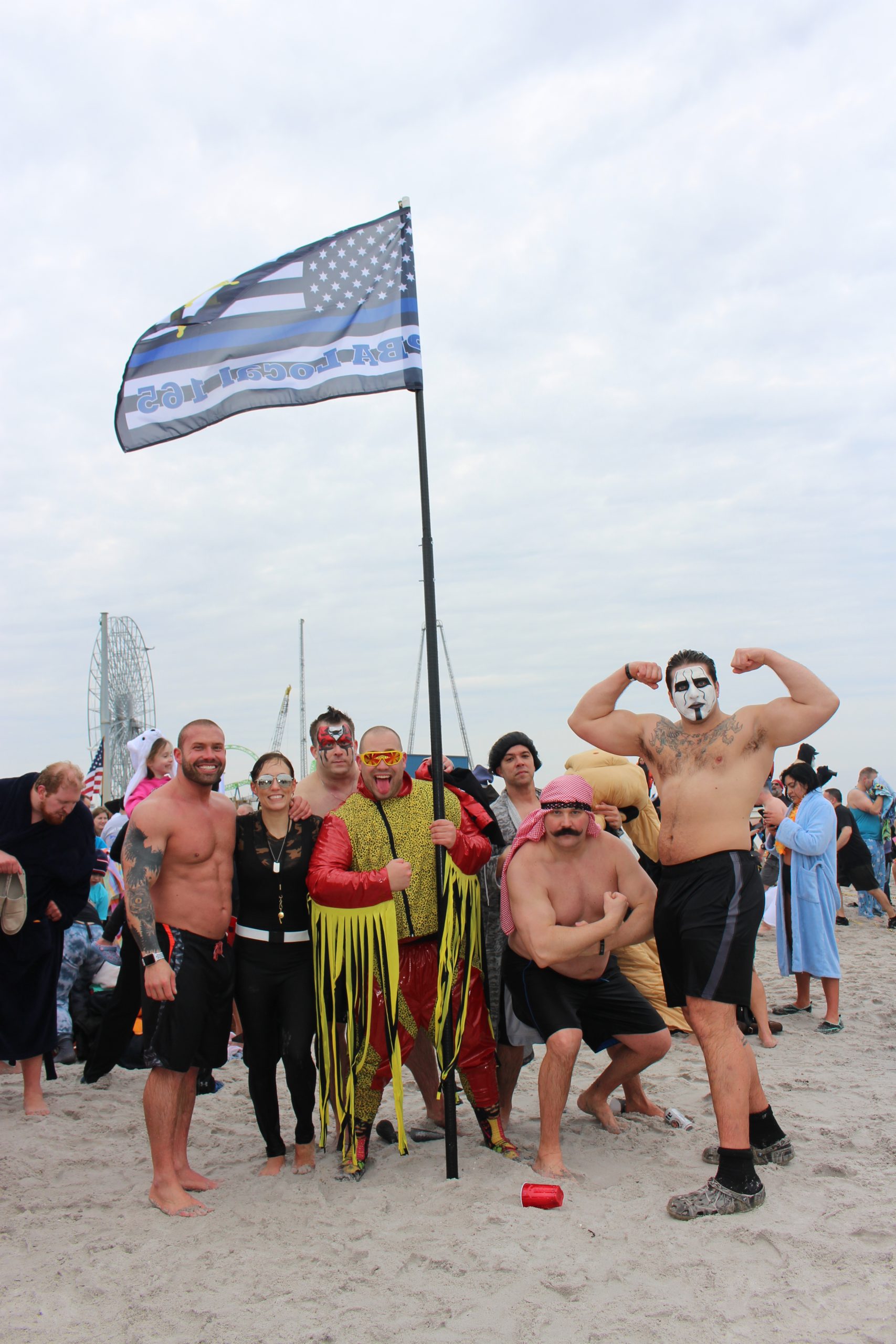 While members are diving into the snow, dunking into ice baths or getting hosed down by freezing water, they can relive the memories of plunges past to remember what they love the most about supporting the Special Olympics athletes.

“We’re going to plunge, we’re going to do this for the community,” Hammond affirmed. “We don’t want to lose the message of the Special Olympics. It’s who we are as officers.”