Props for Shop with a Cop 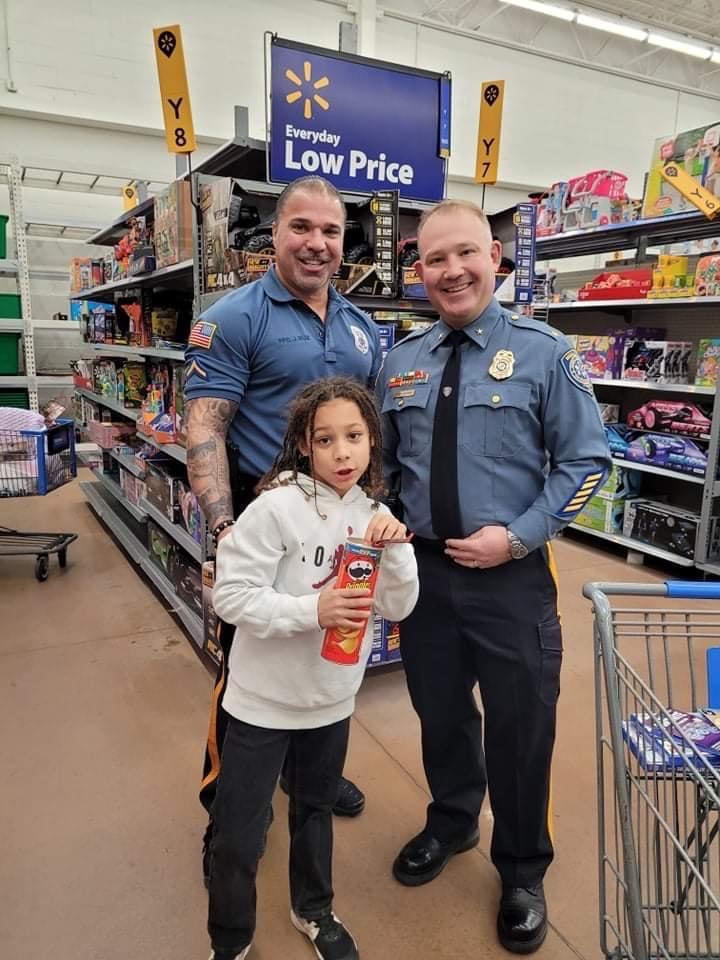 More than 20 Wildwood Local 59 members escorted kids into the Walmart in Rio Grande on Dec. 18. They watched them bubble up with joy over the opportunity to choose any toy they wanted.

“I had a 6-year-old, and it was like a Tasmanian devil going through Walmart,” declared Jeff Harkins, the Local 59 treasurer who is on with the Cape May County Prosecutor’s Office. “The kids had a blast.”

Local 59 members also bubbled up with emotion over their first-ever Shop with a Cop event. They knew what members from Hunterdon Local 188 felt having hosted Shop with a Cop for the fifth time. Amazing support from the community helped these two Locals bring special Christmas cheer to more than 100 children.

“Even if you’re not in the holiday spirit, the moment that you got there and saw the first kid and the look in their eyes, you were automatically Santa’s helper,” Harkins explained. “There’s no true way to put words to it other than it was the best day in law enforcement.”

Each child was assigned to an officer, and they walked through the store together. Harkins recounted how excited officers were to create a memorable experience for the children, including one family who couldn’t attend because they had to quarantine. Two officers FaceTimed the family to bring them around the store, ensuring they would not feel left out.

“The officers went around and basically tore apart the entire store. And those kids had a blast, too, and they weren’t even present,” Harkins added. “It was a great experience for every officer involved. There’s no better way to give back to these kids and to make sure that they had a great event and a memorable Christmas.”

Harkins described how grateful each child was because for some of them, it was the only present they received for Christmas. A lot of them knew their families were going through hard times and feared Christmas might not happen for them.

But the event in Cape May wasn’t about accolades. It was about seeing the pure joy on the kids’ faces.

“There were kids that were friends with each other, seeing each other in a parking lot, giving each other high fives. It was like they won the lottery,” Harkins added. “These kids were hugging us like we were their dads and their moms. They were ecstatic. They basically felt like they were a part of our family.”

The excitement was just as rewarding for Local 188 members because the event has expanded over the years. It started with only one or two families, then this year, members met with nine families from the local community on Dec. 14.

“Our officers see the kids in the schools every day, they’re seeing us in their time of need, and here we’re able to get back and get that personal relationship and have that fun experience with officers riding around on shopping carts and joking around with the kids,” Corporal Brian McNally explained.

Starting the day at Fred Beans Toyota, children joined officers to write their wish lists. Then officers caravanned to Walmart in Flemington with the children to choose their presents. To end the day, they went back to the Toyota dealership to wrap the gifts with their families.

McNally recounted the incredible gratitude he received from each of the children, knowing this event truly makes a difference in their lives.

“We received letters from a couple of the parents, and a couple of the kids drew us thank-you cards for really helping make their Christmas special this year,” McNally added. “Because you had families that didn’t have much, we were able to brighten that holiday season for them.” 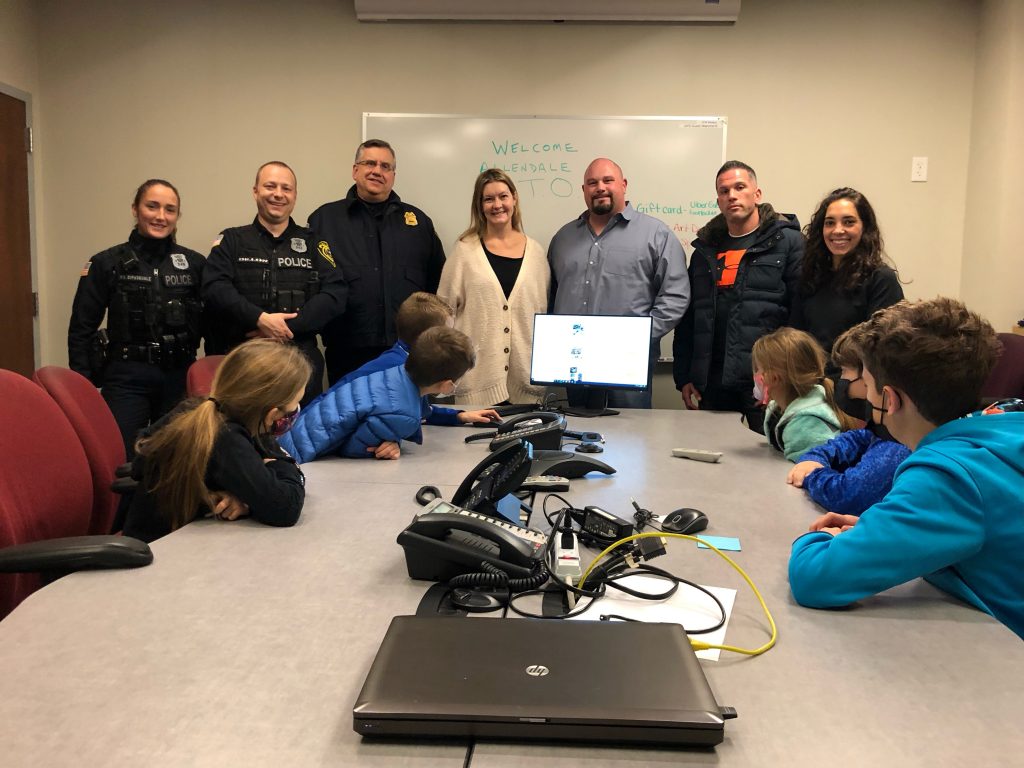 This holiday season, Allendale-Waldwick Local 217 partnered with the Court Appointed Special Advocates (CASA) of Bergen County to spread holiday cheer. Several children from the community joined members in an online shopping spree to choose the toys and gifts they would like to donate to CASA. In hopes of bringing a special Christmas to the children at CASA, members spent more than $2,000 for Christmas presents that would be delivered to CASA just in time for Christmas. 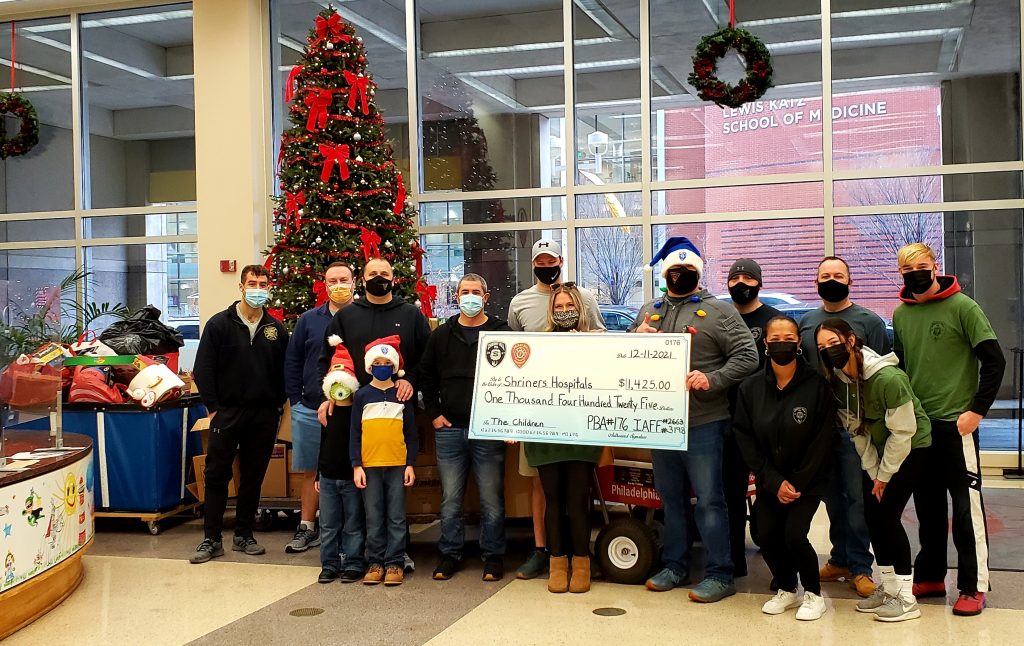 On Dec. 11, Cherry Hill Local 176 delivered toys and donations to Shriners Hospital for Children. In partnership with the Cherry Hill Professional Firefighters, members received over eight carts filled with hundreds of toys during their holiday toy drive, bringing joy and cheer to the children at Shriners. Members also donated a check in the amount of $1,425 to the hospital. 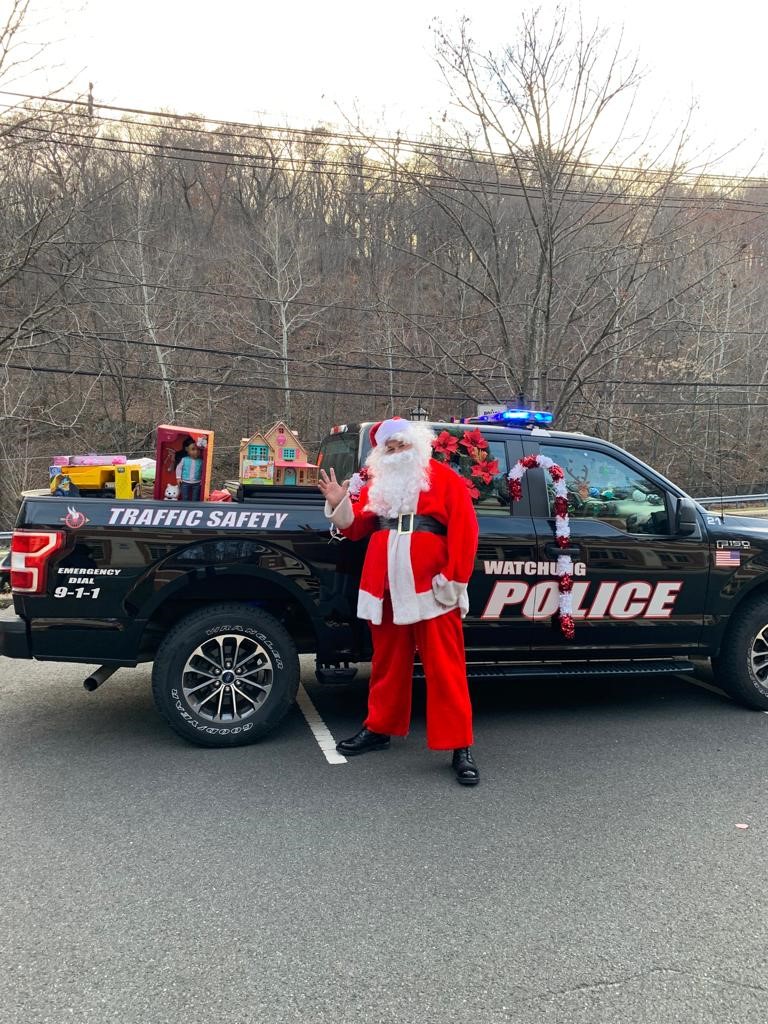 Watchung Local 193 members responded to the call when Santa requested toys for foster children in the area by starting a toy drive for residents to donate gifts. The “Fill a Patrol Sleigh” toy drive was so successful that the Department’s patrol truck was filled to the brim with unwrapped toys. The Local wanted to thank residents who participated in the drive to help keep foster children warm. So when the town held its annual tree-lighting ceremony for Christmas, they sent Santa, a Local 193 member, to hand out hot chocolate and homemade chili while residents watched the town light up. 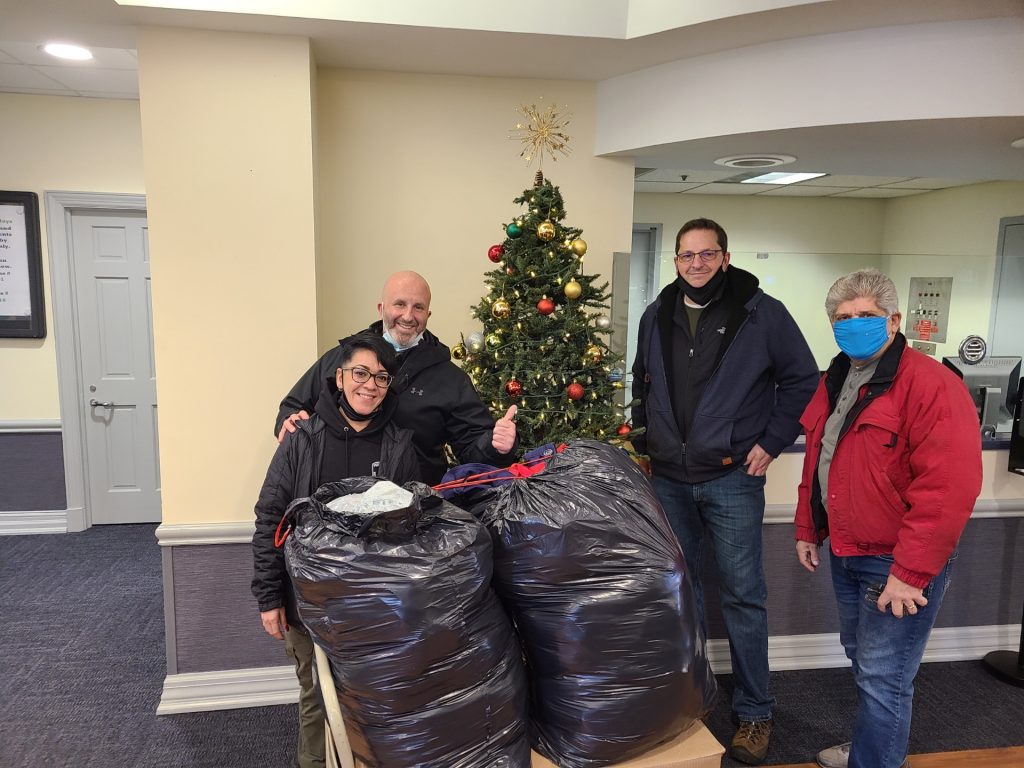 Morris County Prosecutor’s Office Local 327 members held an agency-wide coat drive for individuals in need of warm clothing during freezing-cold winter temperatures. The Local collected 70 winter coats in various sizes, planning to donate the coats to JBWS, a nonprofit agency that provides safety, support and solutions for abuse for anyone in Morris County who faces intimate partner abuse. Due to the abundance of coat donations, the agency could not accept all 70 coats from the Local. Instead, JBWS introduced the Local to Partners in Charity, a Gellman Foundation Charity, an organization that works to serve all charities in the local community by making sure every donated item finds a home. Local 327 State Delegate Matthew Magnone and Local 327 member Detective Supervisor Stephanie Merced presented the coats to Partners in Charity, which then distributed the items to eight community organizations in New Jersey. 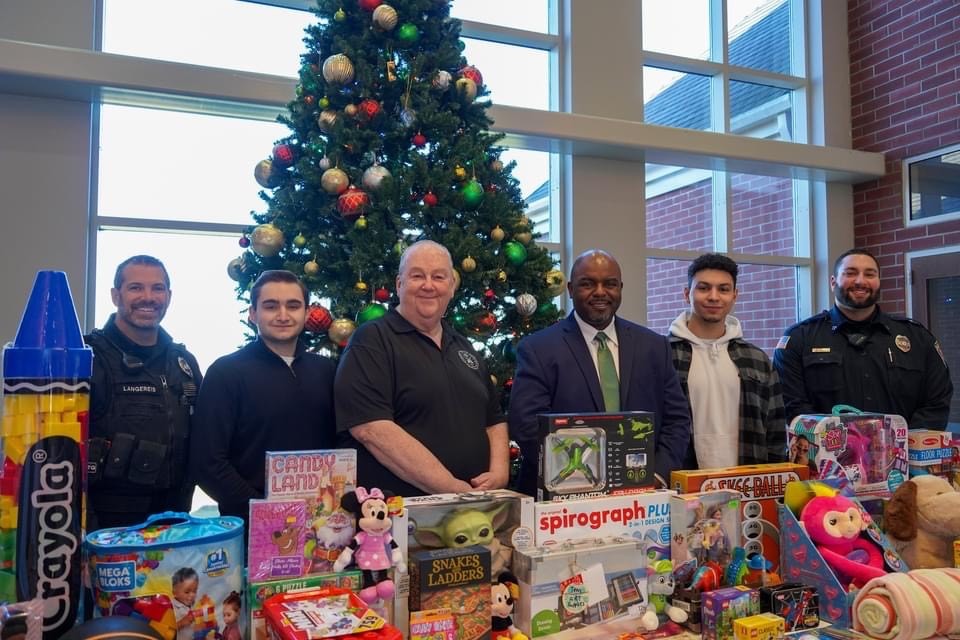 Florham Park Local 78 members partnered with Saint Elizabeth University and the Florham Park Parent Teacher Association to collect toys for children during the holidays. They gathered more than 500 donations for Toys for Tots, a program which distributes toys for children who otherwise might not receive a gift at Christmas. Local 78 members loaded the toys — including games, stuffed animals, action figures and bikes — into the trunk of a Florham Park law enforcement truck. Members delivered them to a local New Jersey Division of Child Protection and Permanency (DCP&P) office to be gifted to children around the state. The Local worked with the university once again, specifically President Gary Crosby and Jim Ford, chairperson of the Criminal Justice program, to make sure that every child would wake up to a gift on Christmas morning.