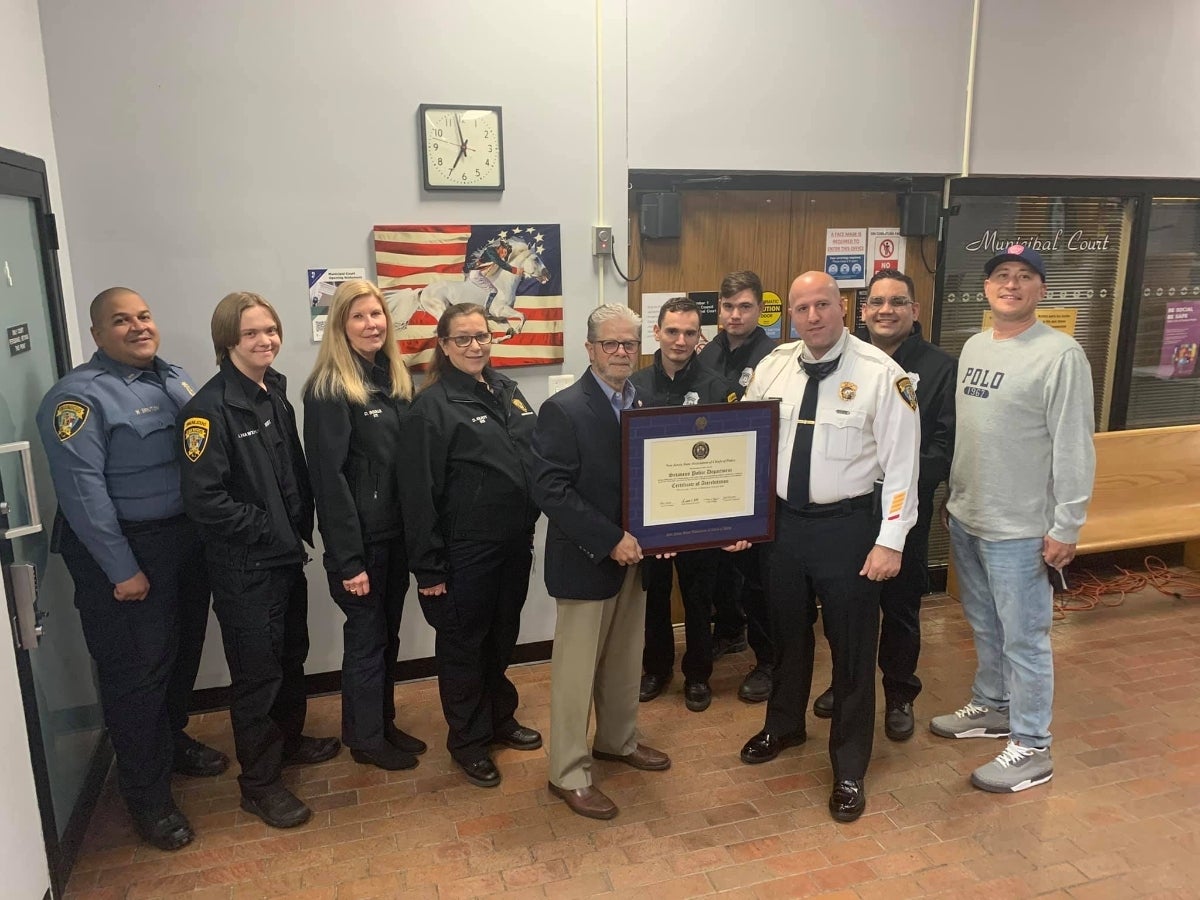 Secaucus PD became the first in the state to be an accredited 911 dispatch center and was awarded a certificate by the New Jersey State Association of Chiefs of Police (NJSACOP) on April 27.

Although the department has been an accredited agency since 2014, the new dispatch program started in 2020. Immediately, Chief Dennis Miller assigned Local 84 member Wayne Burton to oversee the process.

“His guidance really helped us move forward,” revealed Burton, who supervises the dispatch center. “Then it was a team effort. We had to additionally get that accreditation piece, and if we didn’t meet that criteria, we wouldn’t have been certified.”

Burton explained that a lot of the criteria were already being met, but the department modified some of its procedures according to the guidelines to enhance the type of service they provide to the community. That includes, but is not limited to, quality assurance, evacuation drills and full load tests for backup generators.

Burton conducts a monthly report of the police desk to make sure everything is in good working order. He also physically checks every single entry in the computer to ensure that his officers are in compliance and that all details were entered correctly.

“I have to make sure nothing fell through the cracks,” Burton revealed. “Because you never know. It could be five years from now and if it wasn’t entered properly there could be a problem.”

And in case of a gas leak or power outage, Burton has already conducted two evacuation drills for the officers to understand the protocol to evacuate to the emergency operations center. He believes it’s important to ensure that officers are readily available for any 911 calls coming in.

“I always say nobody calls 911 to say they’re having a great day,” Burton noted. “They call when they need someone the most.”

In other words, the 911 dispatch center has to be prepared to weather any storm.

The NJSACOP visited the center on March 5 to inspect its policies and procedures, management, operations and support services. The accreditation is valid for three years from the date it was issued, during which time the department must submit yearly proof of continued compliance.

“The real testament is not just getting it, but it’s keeping it,” Burton mentioned. “It’s a very prestigious certification. Everything they require of you, you have to show the proof that you’re doing what you said you’re going to do.”

Burton relayed that the program only benefitted the officers because of the added confirmation of what is being done well and what could be done better.

“It may be quality assurance for the accreditation but it actually works as a training tool, too,” Burton remarked. “And if the officer checked off all the boxes, I tell them they’re doing a great job. So it’s a morale boost as well.”