‘He was always there’ 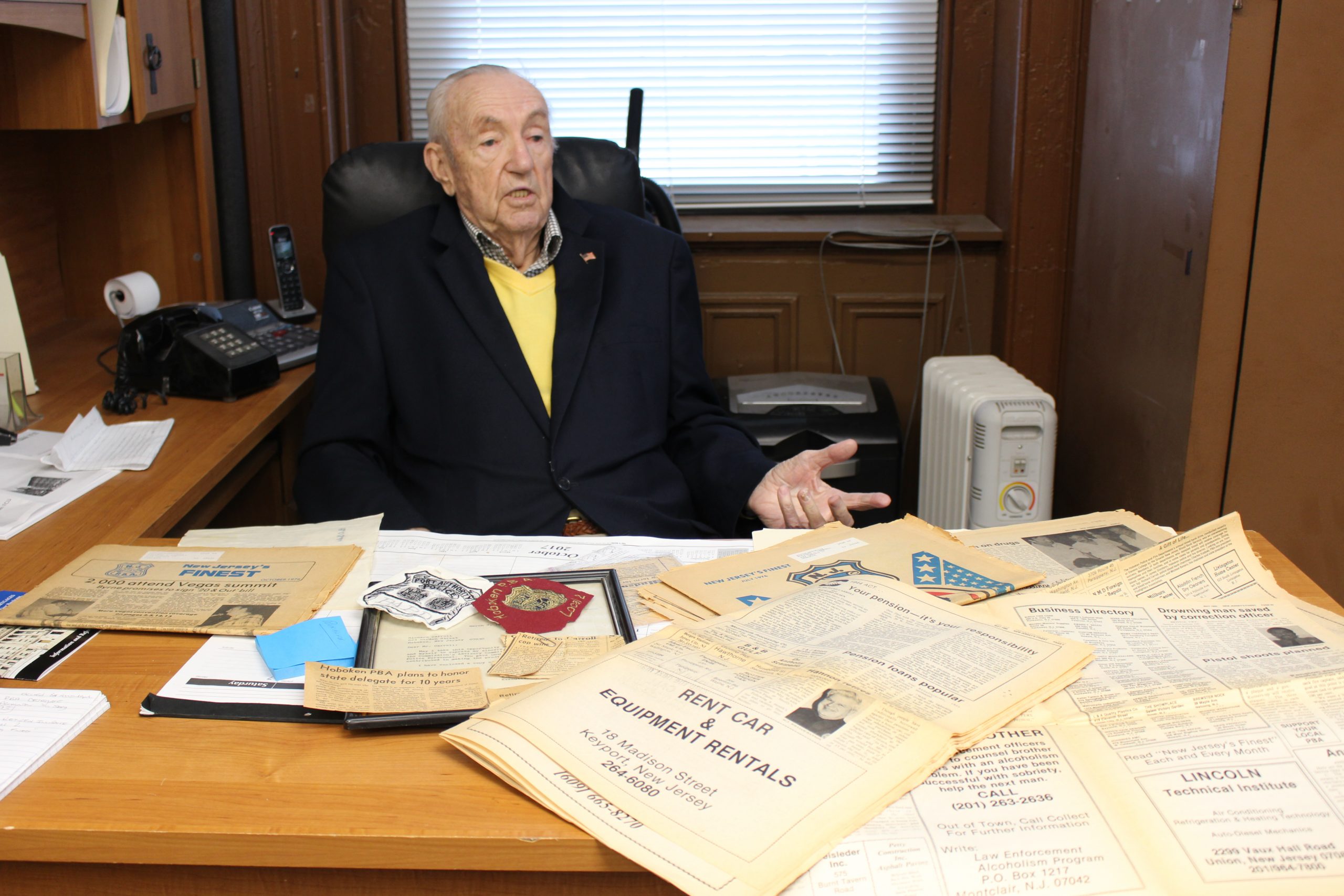 A forefather of the PBA and Hoboken Local 2. A grandfather figure. A mentor. A class act. A presence larger than life.

To PBA members, Richard “Dick” Carroll was all of these and more.

Carroll devoted 74 years to members, serving in any capacity he could, whether it be his monthly visits to the Credit Union or lending a listening ear to give advice from his vast years of experience on the job. And Carroll’s presence was indeed felt.

“He was from a different breed of police officers,” Retired Local 2 State Delegate Mark Aurigemma described. “He felt he was giving back of himself. Anything he did, he did it out of love and out of the right thing to do. And I was proud to know him because of that reason. He was there for me when I needed him. He was always there.”

Carroll, 98, passed away on Oct. 27, leaving a deep void in the lives of all the members he relentlessly served and leaving behind an indescribable, rich legacy for them to aspire to. He is survived by his wife of 73 years, Mary Ann Carroll, and his five children.

Carroll began his career with the Hoboken Police Department in 1948 after serving in the U.S. Army during WWII as a radio operator and tech sergeant. On the job, Carroll quickly moved into leadership positions and served as the first PBA pension trustee, in what later became the Police and Fire Retirement System board. In 1952, Carroll founded the Hoboken Credit Union, where he most recently served as an insurance consultant.

Carroll paved the way in contract negotiations for Local 2, advocating for members to receive better pay and working conditions. And long after retirement in 1979, members continued to experience Carroll’s immense dedication and devotion.

“He had a great deal of influence in shaping what the State PBA is today,” explained Local 2 President Marc Marsi, who first met Carroll at the Credit Union when he came on the job in 1996. “And he welcomed everybody. He was interested in what you wanted to do, if you wanted to go into the detective bureau or remain in patrolman, or what area of policing you like. He was just a really kind, caring guy.” 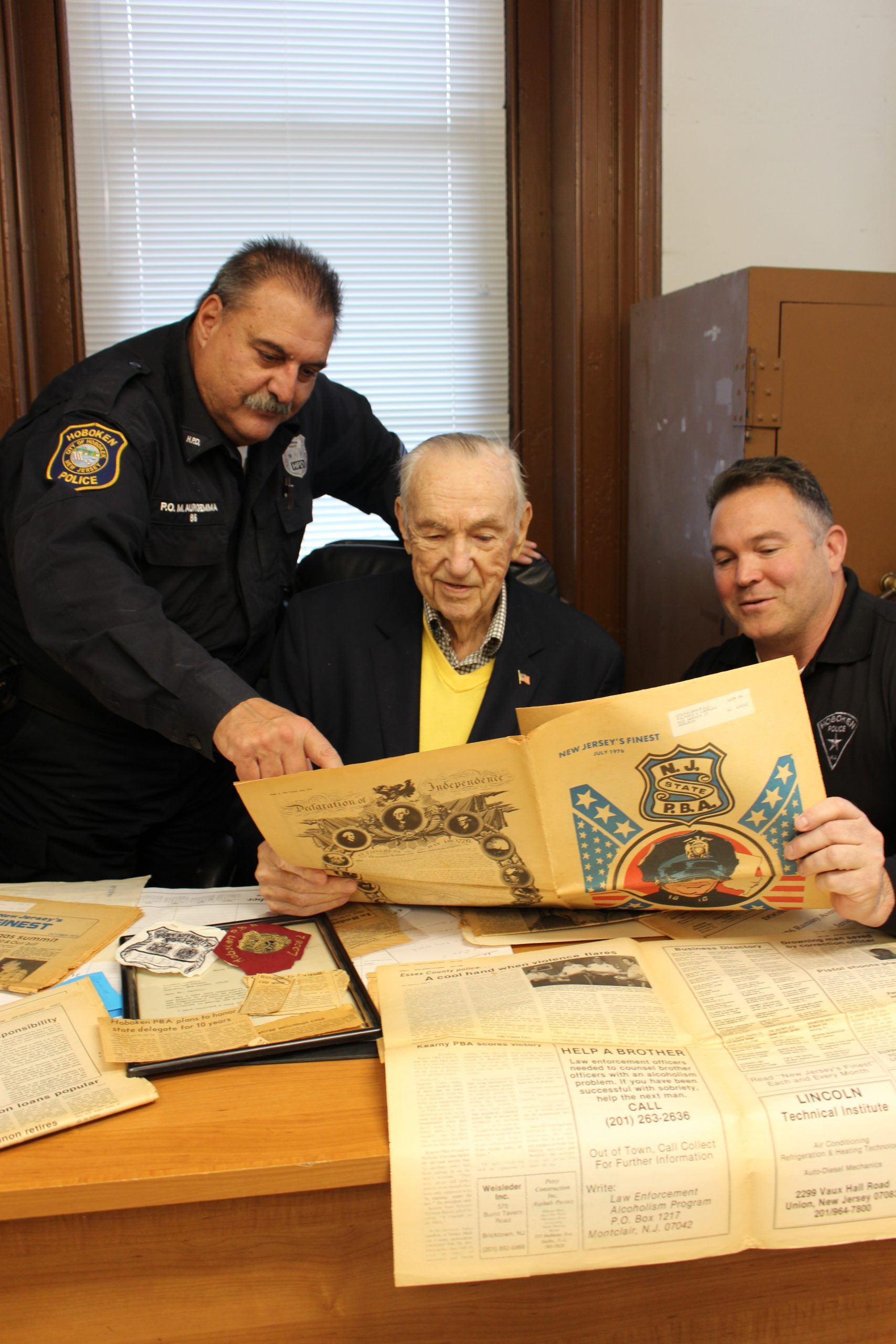 As a grandfather figure, Carroll was known for his wisdom and words of advice. Past and current PBA presidents often called him to ask questions about contract negotiations or attending PBA conventions. Carroll’s influence extend
ed far beyond the NJSPBA, as law enforcement officers across the country would call him as well to receive his input on situations they faced.

When Marsi became the Local 2 president six years ago, Carroll became like a mentor for him and offered that wisdom he was known so well for.

“He said, ‘Make sure you treat everybody fairly,’” Marsi explained. “‘And whether you like them or not, this is not a popularity contest. When your members need you, they need you. So, you treat [everyone] the same.’ To have somebody with that much experience and wisdom is invaluable. Not too many PBA presidents have that type of mentor to look to.”

When he became the Local 2 State Delegate in 1994, Carroll was one of the first people to call and offer congratulations. He then promised that if Aurigemma ever had any questions relating to the PBA, he was only a phone call away.

In his 26 years serving as delegate, Aurigemma took Carroll up on that offer many times. And he knew he could look forward to Carroll’s once a month phone calls.

“He was the voice of a lot of things involving the State PBA as well as the local PBA,” Aurigemma noted. “And because of his knowledge and his involvement over the years, he became friends with a lot of people. So, when you mentioned Dick Carroll, the first thing that came to their mind was a good union person and a good leader.”

Larger than life, Carroll had a strong demeanor. With his tall physique, his presence was felt in every room he walked in to and at every event he attended. And he never missed a beat. Whether it was a Local 2 meeting or a Christmas party, he was there.

“He always had a gentle tone and a smile. He’d shake your hand, look in your eyes and it just screamed genuine,” Marsi added. “He lived almost to 100 years old, and he never stopped mentoring younger officers. When he died, a legacy died. It was a major, major, loss to have him leave us and, quite frankly, I don’t know if we’ll ever have somebody to fill his shoes.”

Surrounded by Carroll’s wife and children at his funeral on Nov. 2, Aurigemma introduced himself to Mary Ann.

“I’m Mark Aurigemma,” he told her. “Oh, you are the guy that he always called,” remarked Mary Ann, as they shared a laugh.

Turning toward one of Carroll’s sons, Aurigemma related he was going to miss Carroll’s phone calls. With a laugh, Carroll’s son related how Carroll often called so many members.

“I’m truly going to miss his calls. Some of our conversations really meant a lot to me,” Aurigemma added. “There was no man better for the police union than Dick Carroll.