Bathroom breaks at PFRS Board of Trustees meetings often are best scheduled prior to when Bruce Polkowitz has cause to speak up and make a point. For one, board members know that they better get comfortable because they are about to get a dose of the truth and nothing but the truth from the man who has been the PFRS Retired Members elected trustee for the past three and a half years.

But they also know that Polkowitz is going to be detailed and full of data and evidence. And they know when they come back from the potty, they will be hearing from somebody who is 100 percent not full of, well, you get the idea.

If you want to know what it’s like to sit in on Polkowitz in full effect, then take it from those who have sat at that PFRS meeting table. They have an unfettered and expert perspective about why Polkowitz is the best candidate to continue representing retired members on the PFRS board. 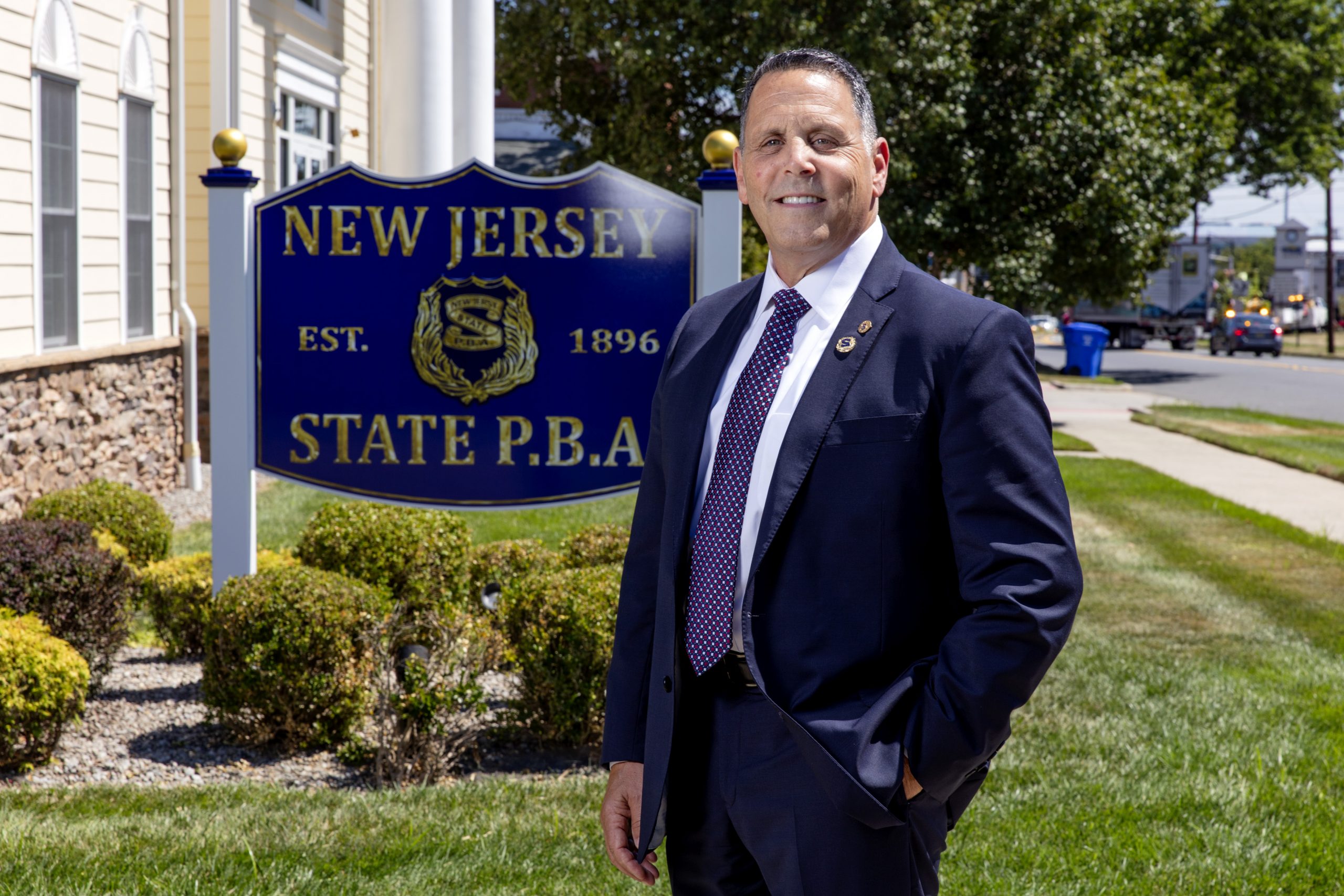 “I’ve known Bruce for decades, and he’s always been the same way, laser-focused,” reports Ray Heck, the State Corrections Local 105 State Delegate and the law enforcement elected trustee to the PFRS board. “When Bruce brings something to the board, he comes with evidence. He doesn’t come over there with half the information. He makes sure to provide you all the information so you can make an educated and informed decision.”

Amid the piss and vinegar that sometimes laces a Polkowitz allocution comes what can only be perceived as passion. At least that’s the way Roselle Park Local 27 member James Kompany, the NJSPBA’s appointed trustee and vice chair of the PFRS board, interprets a Polkowitz discourse.

“If he doesn’t think something is a good idea, he will voice his opinion in a very unique style,” Kompany describes. “He doesn’t beat around the bush. If something needs to be said, he will say what’s on his mind. He’s not going to change as the winds blows. He will stick to his guns.”

Both Heck and Kompany can testify that Polkowitz has been firing away at PFRS board meetings on the topic paramount to retired members. In his unique style, he has been the COLA nut of the PFRS board.

Not in a desperate or outrageous way. In fact, Kompany and Heck explain that nobody has been more detailed, evidence-based and laser focused on cost of living adjustment knowhow than Polkowitz.

A Facebook post shows Carl Padulla, president of Passaic County Local 5 of the New Jersey State Retired Police and Fire Association, left, with Bruce Polkowitz after he received an endorsement for reelection.

Polkowitz has actually been following the priorities President Pat Colligan set for the PBA’s three PFRS trustees when the board first sat in 2019. As part of a three-point shot, Colligan asked that the board increase the solvency rate of the pension fund, do away with the tiered system to level the playing field for all members and find a way to reinstate COLA.

The solvency rate is a key piece to generating the income to bring back COLA.

“I know COLA is an issue at the forefront and it’s an easy conversation piece, but there are a lot of moving parts, and it just can’t be done with the snap of a finger,” Kompany explains. “There are things we have to put in place first.”

Heck recounts how many PFRS trustee board meetings feature Polkowitz bringing information about COLA, as well as other ideas on behalf of retired members, to the table. He has become renowned among board members for circling talk about any issue back to how it affects retired members.

Now Polkowitz might never share this because he doesn’t want to circumvent the teamwork that is so much a part of the board’s success. But within the board’s repeatedly vetted strategies to reinstate COLA, he is always on the prowl for data that can promote the COLA cause.

“Even though we have a method of what we’re trying to do with COLA, he’s always coming up with new and innovative ideas to try to fast track this,” Heck notes. “Bruce is taking a lot of the guesswork out for us. And even though there is a method prescribed by law, he’s constantly analyzing the cost benefits and coming up with a lot of computations and data to support why this can happen at a certain period of time.”

Heck shares a perspective of Polkowitz with everybody who has seen him at his most effective.

“When he calls me on a Sunday afternoon, I know when I pick up the phone I have to commit at least a half hour because he wants to quantify his position on everything,” Heck adds.

But that is a result of Polkowitz’s acute understanding of how bureaucracies function, which can’t be minimized in pursuing any addition to the PFRS. Having served as a captain, a mayor, president of a school board and currently as director of development and operations for one of the largest real estate developers in the state seems to have schooled Polkowitz in how to push through the B.S. – bureaucratic s—.

Passaic County Local 5 of the New Jersey State Retired Police and Fire Association realized as much when it endorsed Polkowitz for reelection at its Sept. 13 meeting, one day after ballots went out to PFRS retired members. Here was another confirmation that Polkowitz’s relentlessness, his bull-doggedness, if you will, makes him the best man for the job.

“I would say Bruce can be sophisticated one moment, sassy the next,” Heck quips. “He’s very strong and very spirited with what he wants to get across. We understand that and we understand him being a special position of representing the retirees.”

“The board has really gelled, and Bruce plays an integral part in that,” Kompany shares. “He doesn’t make empty promises. He truly believes we can do these things, so that’s where I go back to his commitment. Whatever he articulates, whatever he says or does, is coming from the best place. It’s knowledgeable. It’s passionate. And it’s not B.S.”