Thinking outside the toolbox 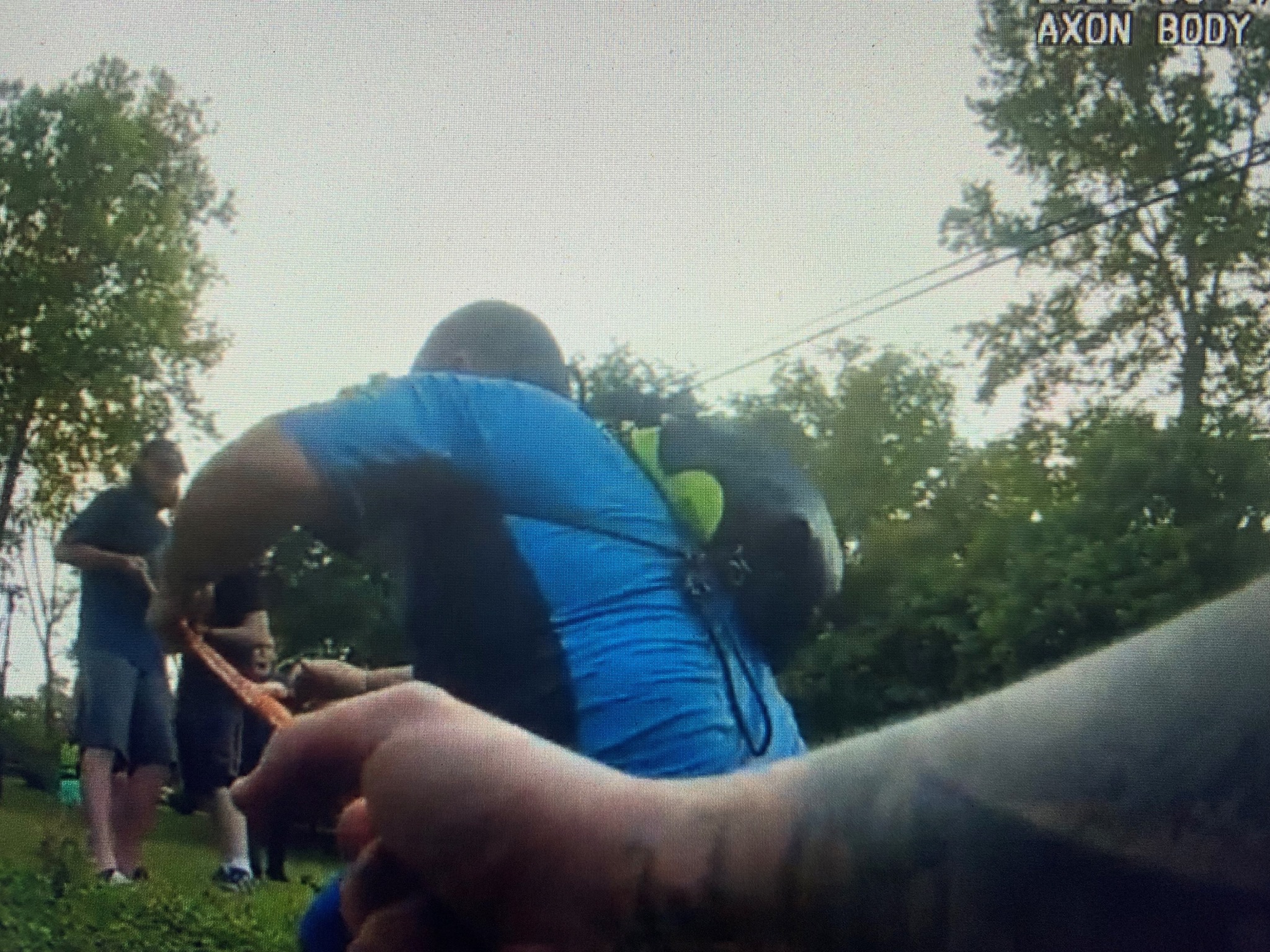 State Park Police Local 222 member Brody Wentzell had run out of rope. And he had people’s lives hanging in the balance.

While he was posted at the Bull’s Island Recreation Area doing some administrative work, a civilian ran over to alert him of six tubers who were stuck at an open lock in the Delaware and Raritan Canal State Park on June 27.

He found the group of four adults and two children stuck in front of the dam by the lock, asking for help. This dangerous section of the canal is usually prohibited to tubers, but the signs alerting them to that had been flooded out from a recent storm.

“The current was really pushing at that time,” Wentzell explained. “I knew I needed to do something.”

Wentzell, who has served the department since April 2019, tried to move down the hill to get to the tubers but quickly realized that it wasn’t going to work. The rocky boulders on the side were loose, and if he were to make it down, there was no telling if he’d be able to go back up.

Instead, he ran to the maintenance shop to look for rope, only to find that there wasn’t any available. He needed to figure out an alternative way to pull the tubers back to shore. Then he saw some electrical cords.

“My dad was a carpenter, so we always had electrical cords,” Wentzell clarified. “I have used electrical cords before as rope. Growing up, we used to jump rope and play tug-of-war with them, so I knew I could use them.”

After obtaining three 50-foot electrical cords, Wentzell ran back to the tubers. With the help of two bystanders, he tied the cords together. They tried to throw the makeshift rope to the tubers, but after two failed attempts, Wentzell decided to find another way. 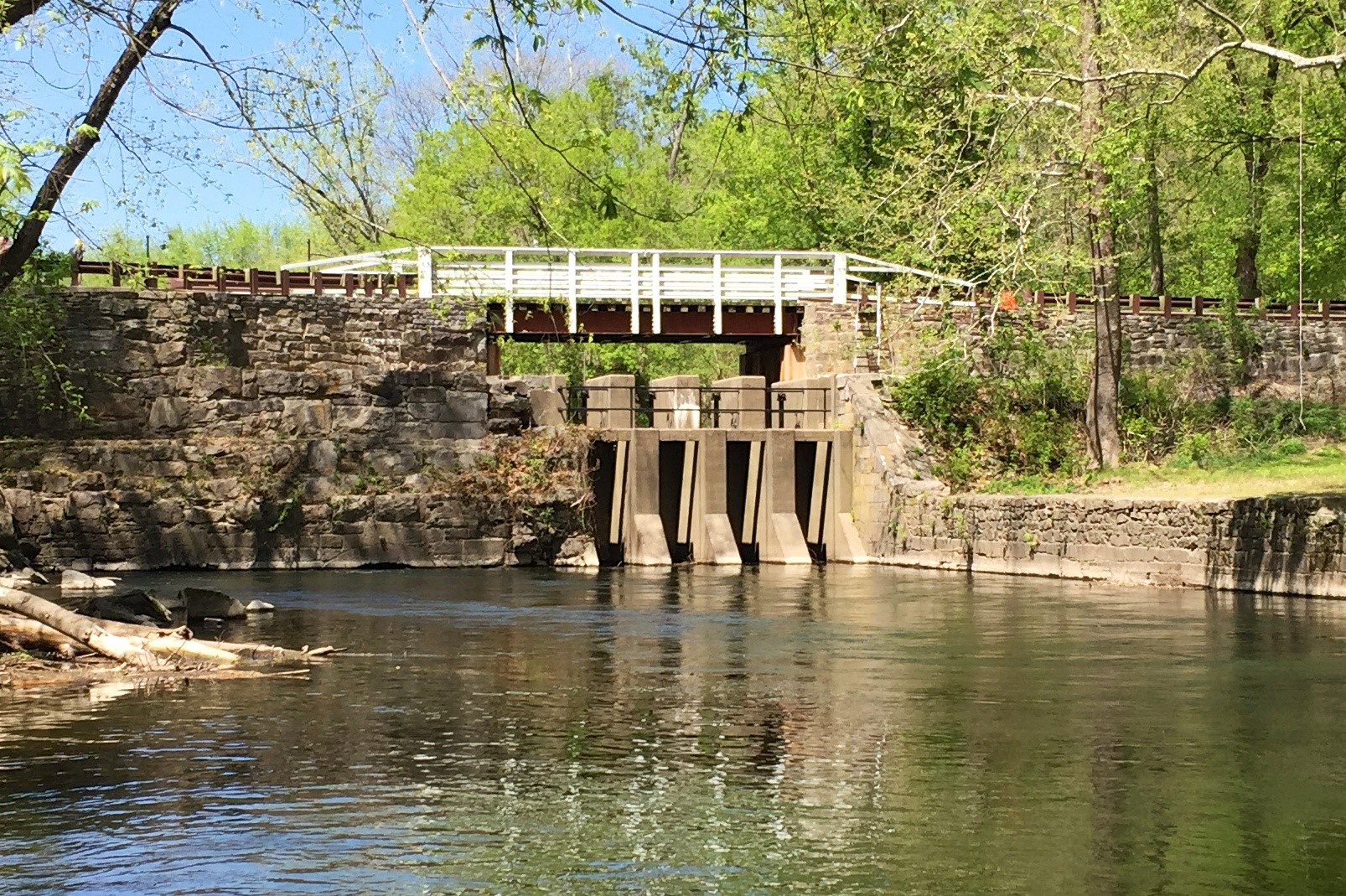 The tubers were stuck in this lock, which is off limits for recreational use due to the dangerous currents.

“I ended up having to run up over the bridge, and I dropped it down to them,” Wentzell recalled. “And I was able to throw the other end to the guys that were still on shore, and then run back around, off the bridge.”

Wentzell and the two civilians pulled until the six tubers made it to shore, all within 10 minutes. He explained that although it wouldn’t have been impossible for him to rescue the tubers by himself, the extra assist made it much easier to pull six people in at the same time.

“I was very grateful that the bystanders were there to help me with it,” Wentzell noted. “It made quite a few of the steps easier.”

Once the tubers were safe, emergency medical services and responding officers arrived on scene. During the rescue, everyone, including Wentzell, was exposed to stinging nettles and needed to be evaluated. They were all given ice packs to place where they got stung, but no further treatment was required.

This is not the first rescue by the open lock. Wentzell advises people to stay away from currents whenever possible, but more importantly, to speak up when a victim is spotted.

“We’ve had incidents this year where people just look the other way and keep walking,” Wentzell mentioned. “If you see somebody struggling, open your mouth and do something. Waterways in Jersey are just crazy, so people have got to be cautious and follow state rules.”

For his quick thinking and heroic actions, Wentzell was also named June Officer of the Month by the State Park Police.