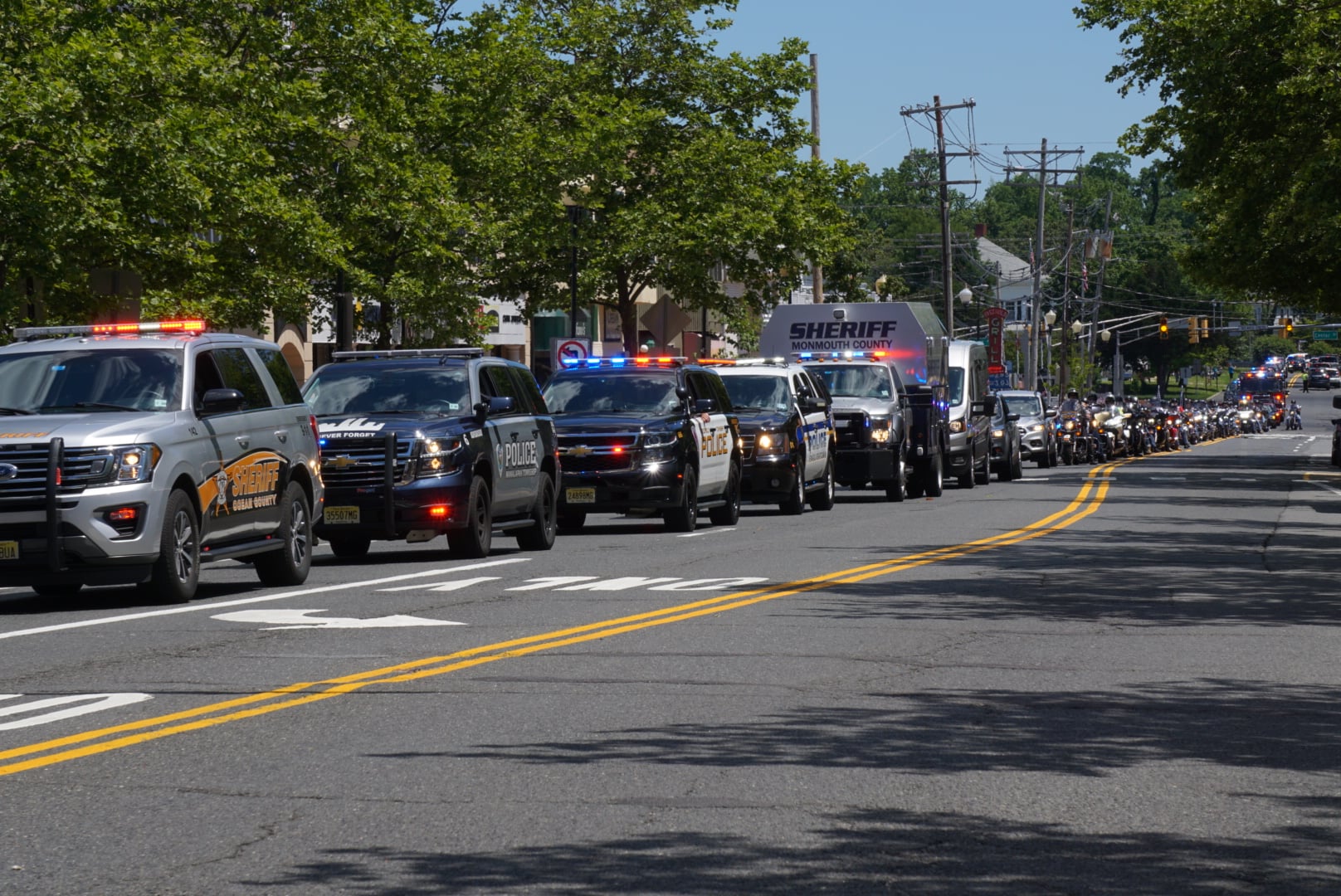 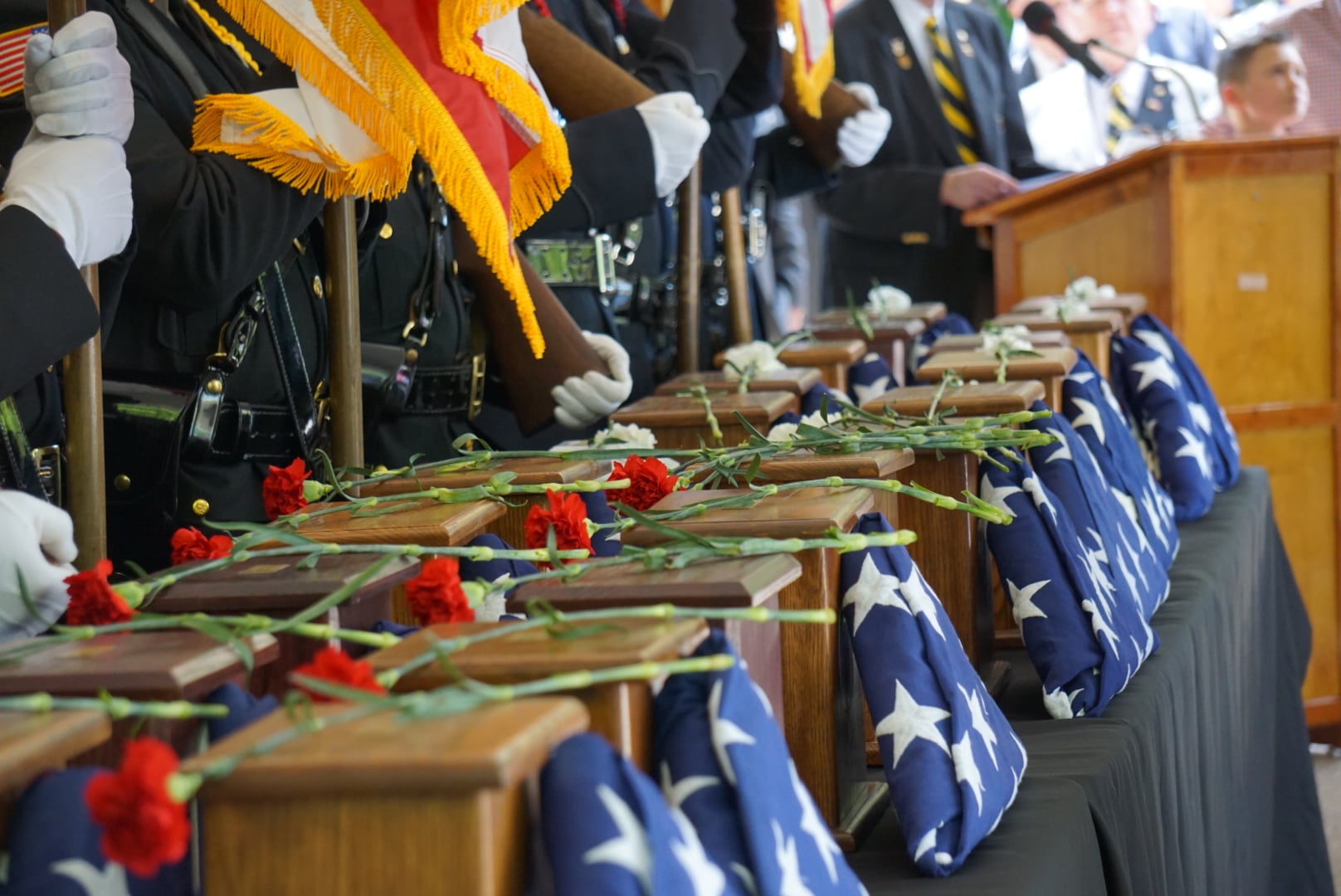 Police vehicles from throughout Monmouth County, motors units, Vietnam vets on Harleys and a throng of law enforcement personnel lined up at the Manalapan Police Department and formed a processional that would stretch from there to eternity. Monmouth County Sheriff Shaun Golden surmised that this could have been the longest motorcade in the history of the county, and it was only appropriate to honor the cremains of 23 military veterans – some from World War II – finally headed to their final resting place at Brigadier General William C. Doyle Memorial Cemetery in Wrightstown.

The Monmouth County Sheriff’s Department Veterans Service Council orchestrated The Military Honors for Forgotten Veterans ceremony on June 23. In partnership with the Manalapan Police Department, the Ocean County Sheriff’s Department and Vietnam Veterans of America Chapter 12 in Monmouth County, the ceremony honored 23 forgotten veterans from WWII, Korea and Vietnam and two spouses of WWI heroes whose unidentified cremains had been left on shelves in funeral homes throughout the county. 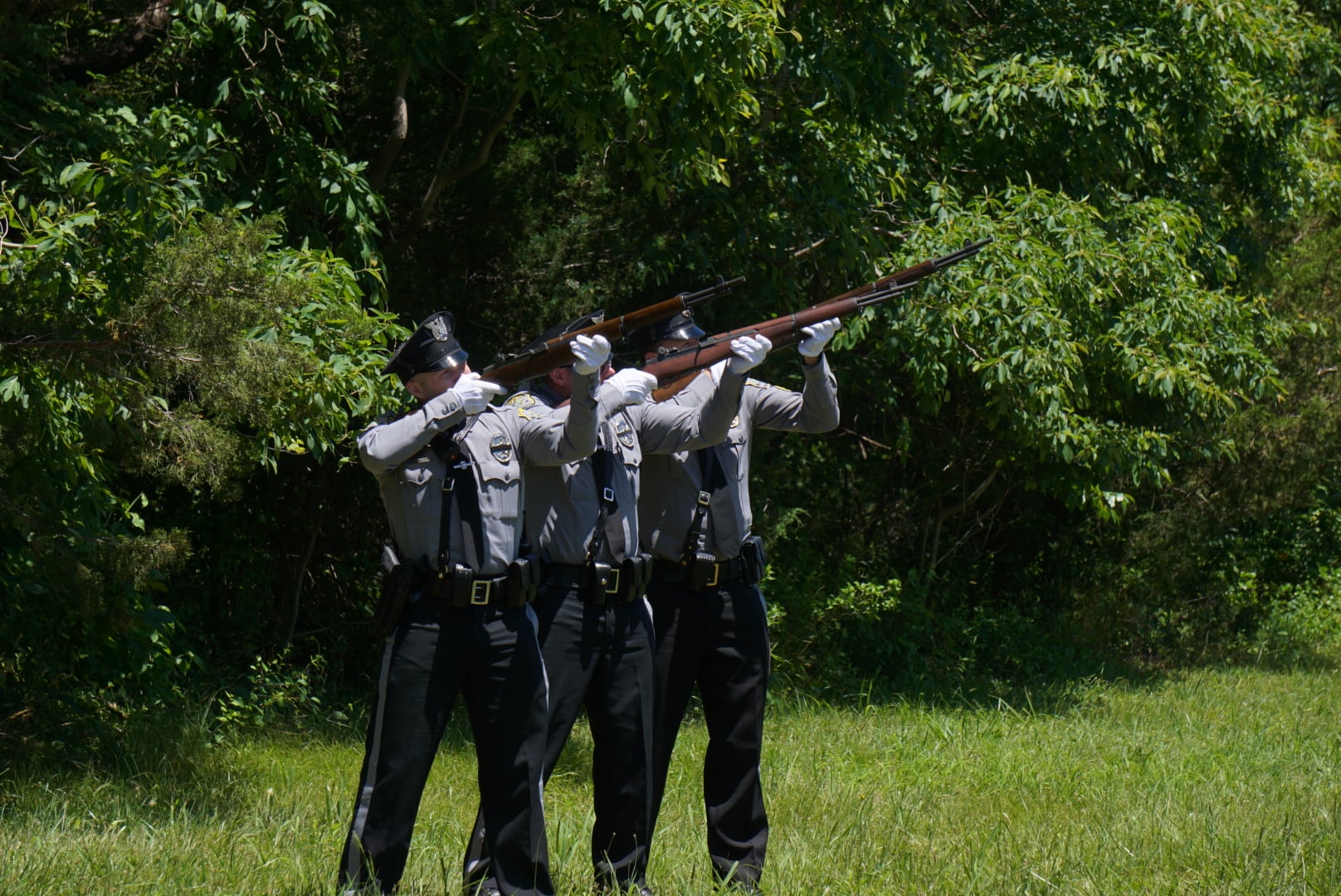 Members from Monmouth County Sheriff’s Office Local 314, Ocean County Sheriff’s Department Local 379, Manalapan Township Local 229, Freehold Township Local 209 and those throughout New Jersey formed a blue line of present arms stretching for miles that is the signature of the profession honoring its own. And these officers certainly embraced the veterans as their own in recognition of that special bond that exists between law enforcement and the military.

“For anybody who took part in this or saw this, you had to really stop and say you’re proud to be an American that day,” declared Mike Ferraro, an Air Force veteran who heads the Monmouth County Veterans Service Council. “We were giving a final salute to these warriors who gave their lives to serve our country. So being able to say, ‘Thank you for your service’ as we went by and saw all those officers was emotional because the outpouring from the public gave you goosebumps.”

Each of the cremains were accompanied by American flags and the Monmouth County Sheriff’s Honor Guard. After leaving the Manalapan PD, the procession moved south on County Route 537 and made stops at CentraState Hospital in Freehold, which also partnered in the event. There were also stops at Monmouth County Hall of Records in Freehold and Prospertown Lake in Jackson.

At each stop, bagpipers greeted the motorcade. There were 21-gun salutes. There were helicopter flyovers. And with officers standing at attention, the Forgotten Veterans Ceremony was bolstered by PBA members representing nearly every agency in the county.

“You could look back and see the sea of lights and motorcycles and cars down 537, which is a straight line from our county to Ocean County, and it was as far as the eye could see,” Sheriff Golden described. “I was so happy for the vets and particularly Vietnam Vets Chapter 12 who have been doing this program for a long time and are the unsung heroes. We felt really good about delivering something for them, and it was a fitting tribute.”

Golden also noted that it was a day of reckoning. What happened in Monmouth and Ocean on June 23 is a microcosm of the issue with abandoned veterans across the country.

“We wanted a proper sendoff as the primary objective and then secondary to raise awareness to the Cremains Project,” Golden continued.

With a multitude of news media on hand and the public taking to social media afterward to praise the effort and express how they wanted to be there, that was a mission accomplished. 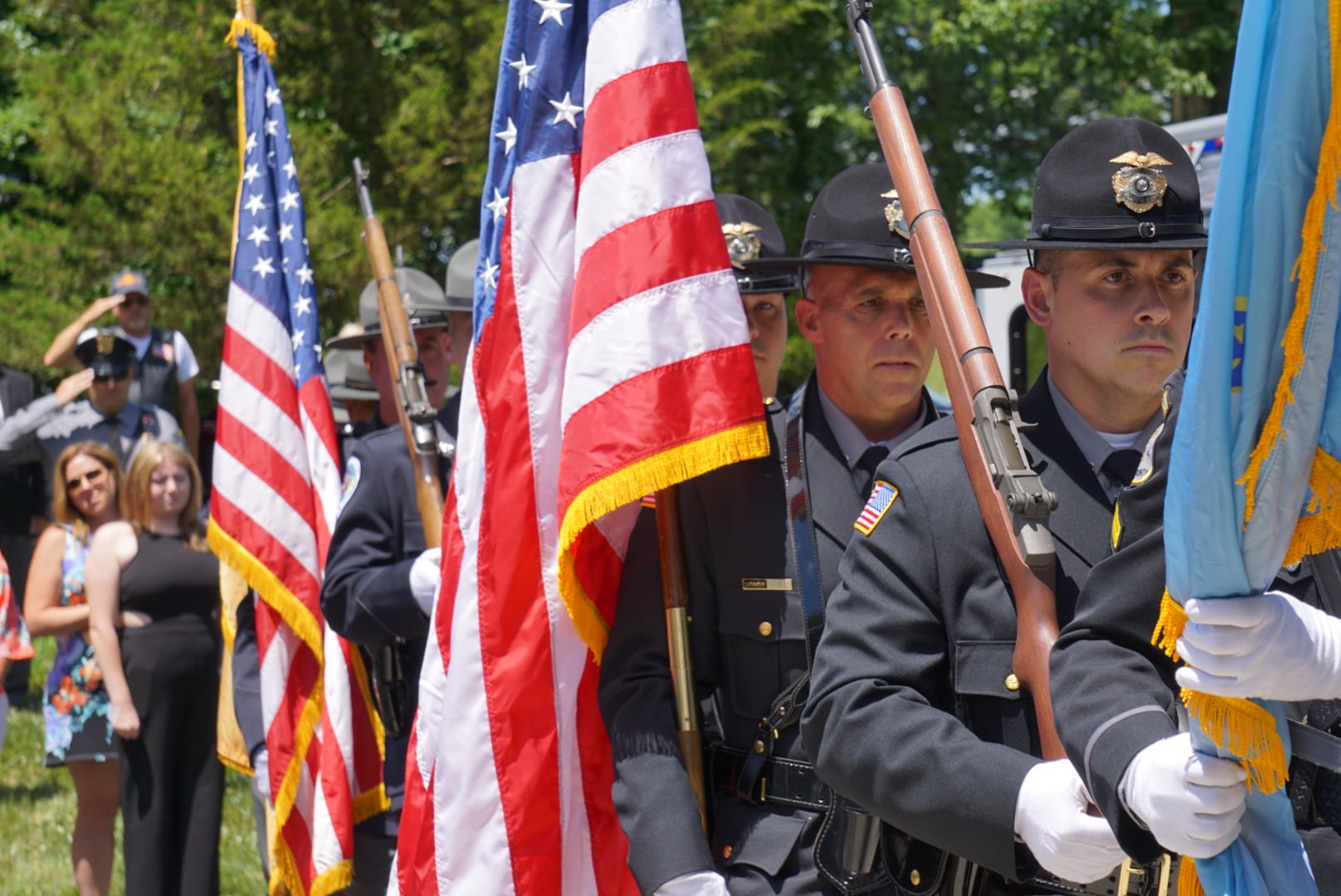 The Monmouth County Sheriff’s Honor Guard accompanied the cremains of forgotten veterans as they were transported to burial at Brigadier General William C. Doyle Memorial Cemetery in Wrightstown.

Consequently, six years ago, Sheriff Golden decided to start the Veteran’s Service
Council that includes representatives from Vietnam Veterans of America, the Elks, the VFW and other organizations. Golden commenced the council when he started receiving calls following Superstorm Sandy from veterans who wanted to volunteer to help with the rebuild.

At one of the meetings, Golden heard about the effort from Vietnam Veterans Chapter 12 to gather unidentified cremains. So he called a meeting of all funeral homes in the county, and for the past several years they had been holding one ceremony every month or so for which the cremains have been escorted by a uniformed officer and the honor guard to be interred at Doyle Memorial Cemetery.

“We were so blown away by this program that we had to get the word out,” Ferraro explained. “The sheriff came into my office and asked, ‘What do you need to make this happen?’ I told him we needed to make it big. Make it big or go home. So he said, ‘I’m pulling the fire handle. We’re making this big and we’re going to let the public know.’”

By the time final preparations were being made, the organizational meetings included up to 40 people. Ferraro was particularly impressed by the way so many officers in the sheriff’s department and other agencies volunteered to come on their own time.

“I’ve been on military missions where you get a lot of support, but never like this from a public safety perspective,” Ferraro added. “It shows you the respect law enforcement has for the military and also the fact that they are patriotic Americans.”

When the processional arrived at the cemetery, family members of those being interred, law enforcement leaders and elected officials all shared a smile. Yes, there were tears, but they were happy tears. And Golden could see how moved all the officers were to honor their own, those with whom they share the legacy of preserving freedom.

“Our officers were all-in. They embraced it. They wanted to be there,” Sheriff Golden praised. “It didn’t matter whether they were on duty or off. They wanted to suit up, get out there and be at one of the locations along the way. It was a proud moment for everybody.” 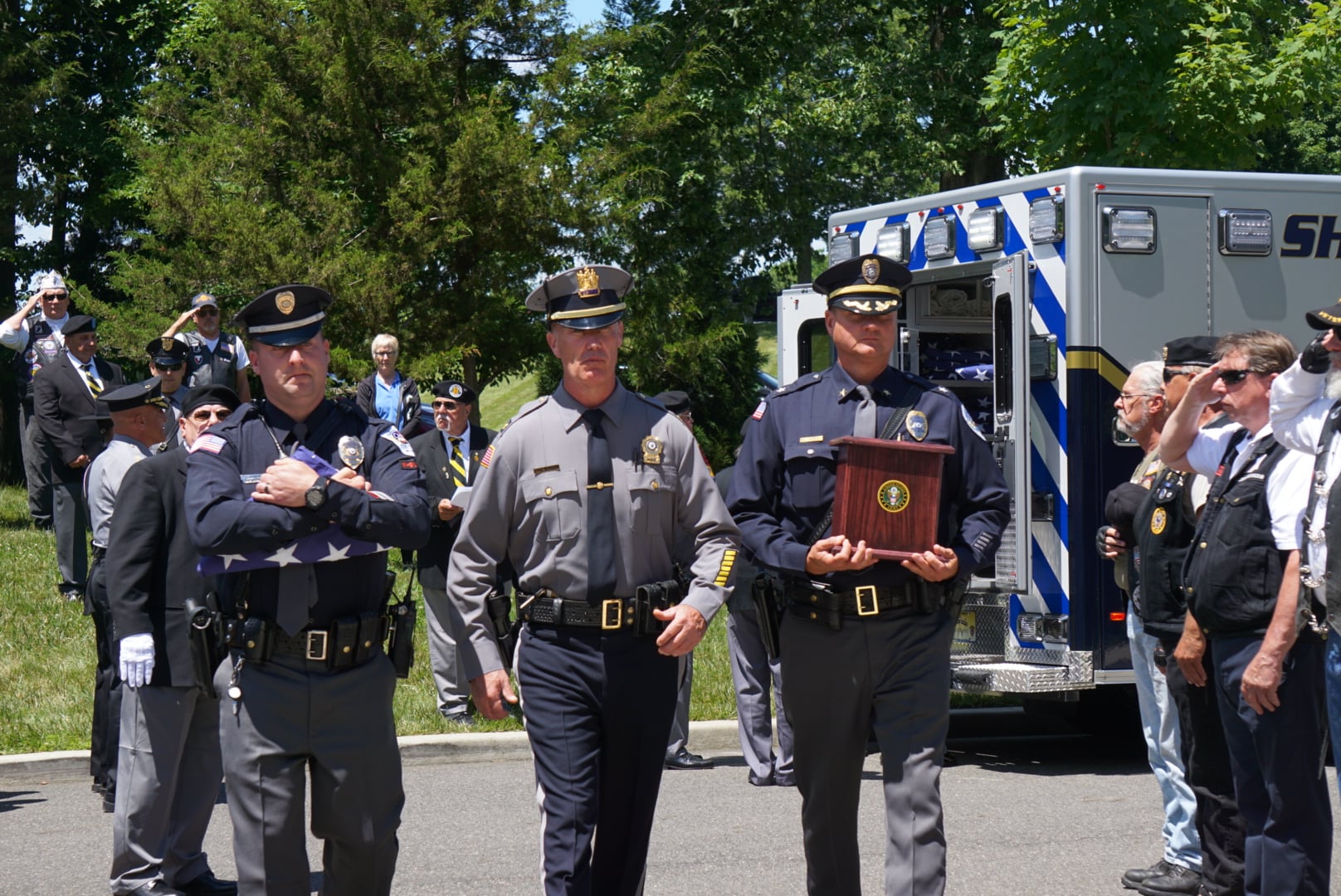 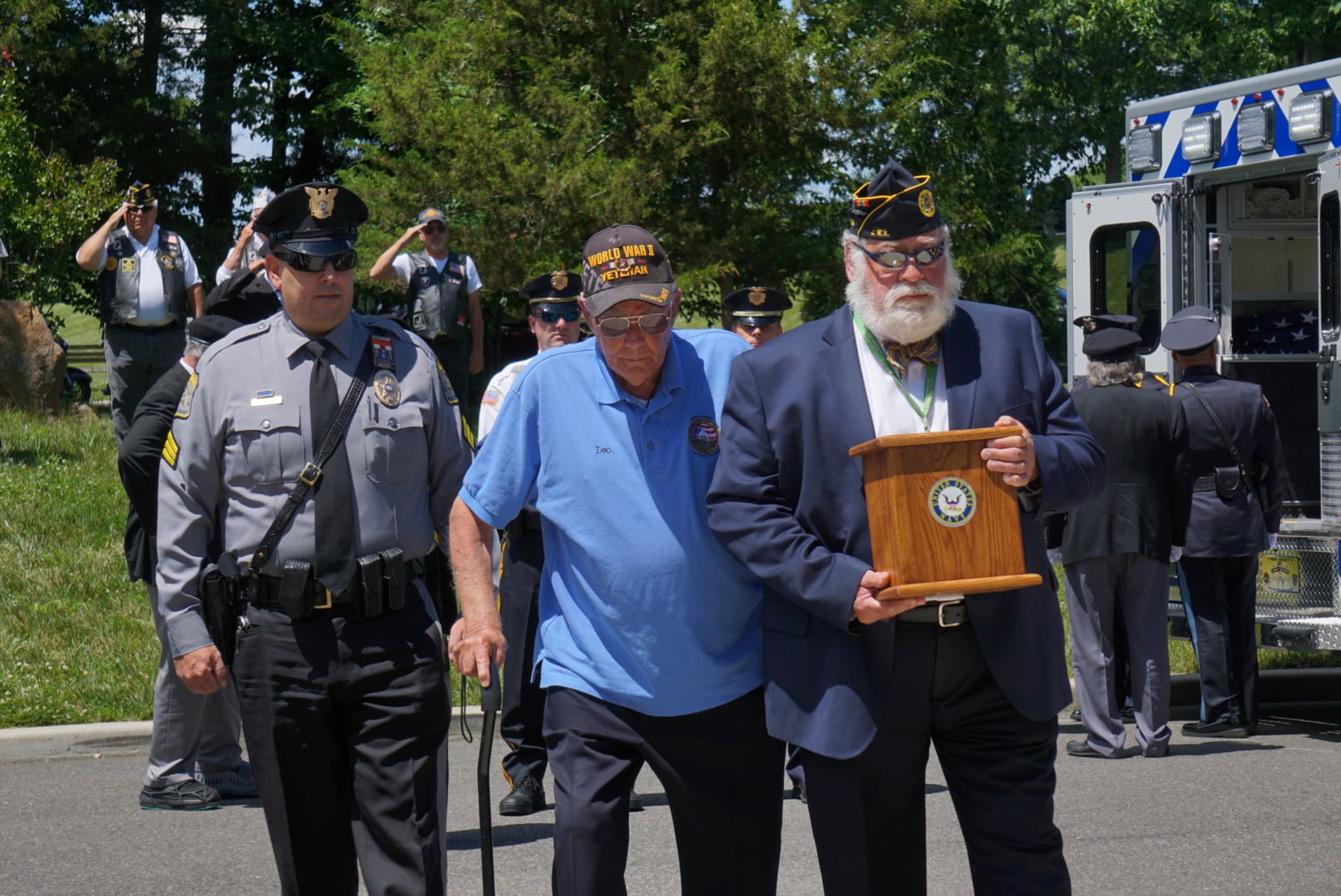 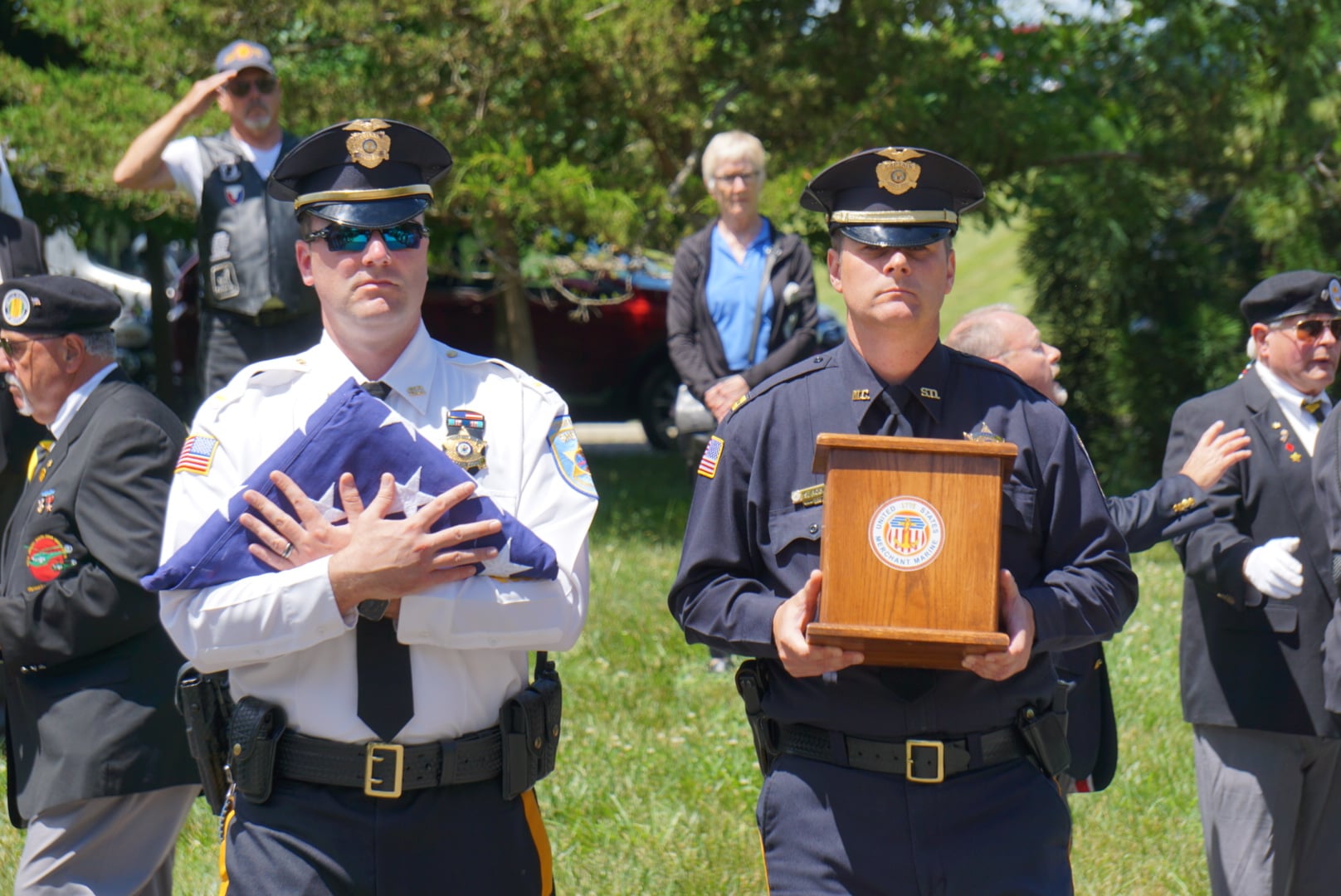 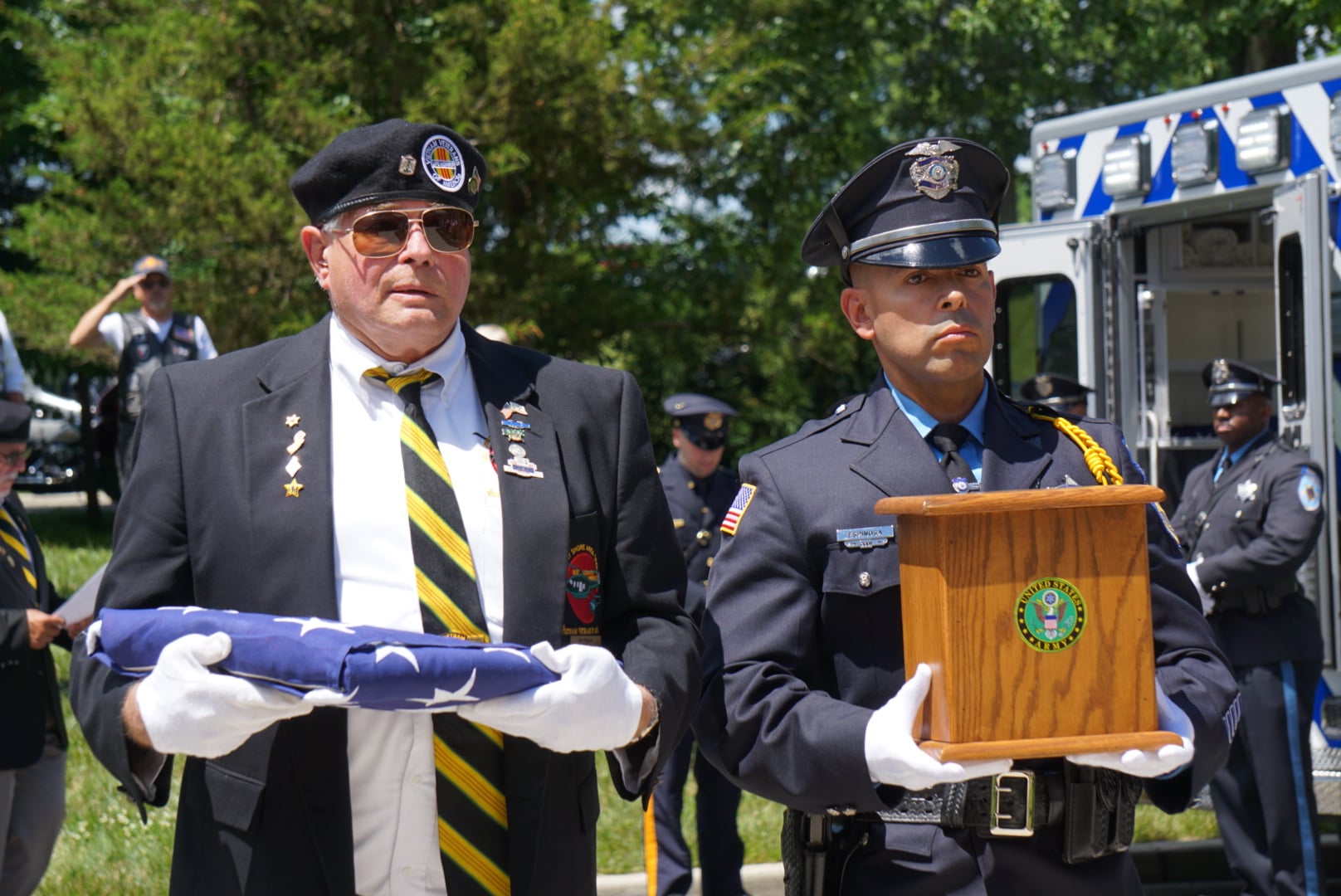