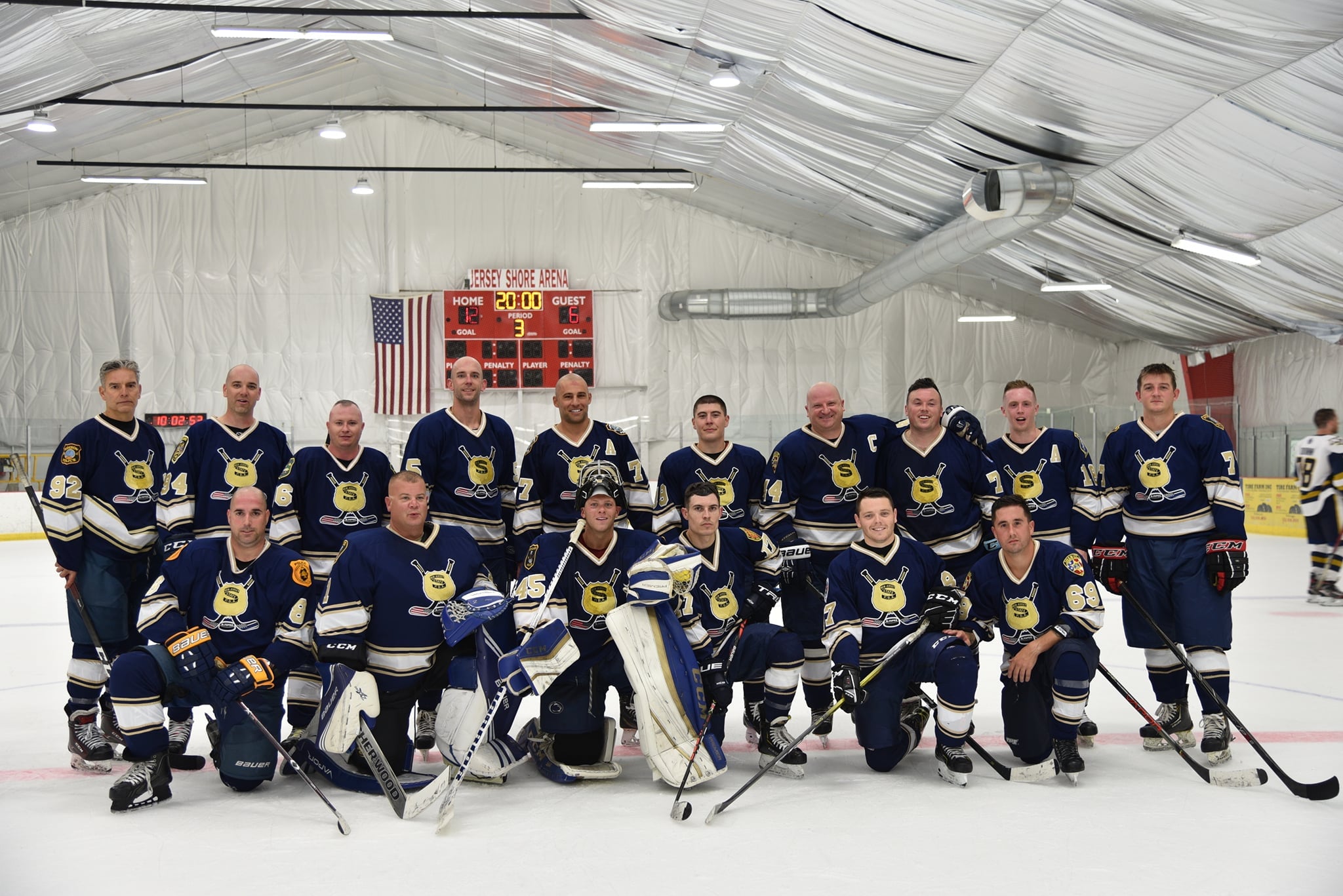 The NJSPBA hockey team received a rousing accompaniment back to the ice when Gloucester County Local 122 rep Mike Tirado’s nephew, Tristen, belted out an ice-cracking, show-stopping Star- Spangled Banner to start the night that had the hundreds in attendance clapping along by the twilight’s last gleaming. From that point on, it was clear that even with not having played a game like this in more than 18 months, New Jersey’s Strongest has not missed a beat.

Survivor & Welfare was the benefactor when the team first took the ice nearly five years ago. And it created a fitting backdrop on this night for a team made up of members who have been playing all along, as well as some new faces who have seen and heard about what this team is doing and want to be part of showcasing the union’s finest.

“When our guys showed up to the rink, you would have thought it was Christmas morning,” disclosed Dan “Taco” Tacopino, the Monmouth County Sheriff’s Officers Local 314 member who returns for his third season as team captain. “Playing in front of a crowd, hearing people cheer their names, raising money and being around each other, there is nothing like it.” 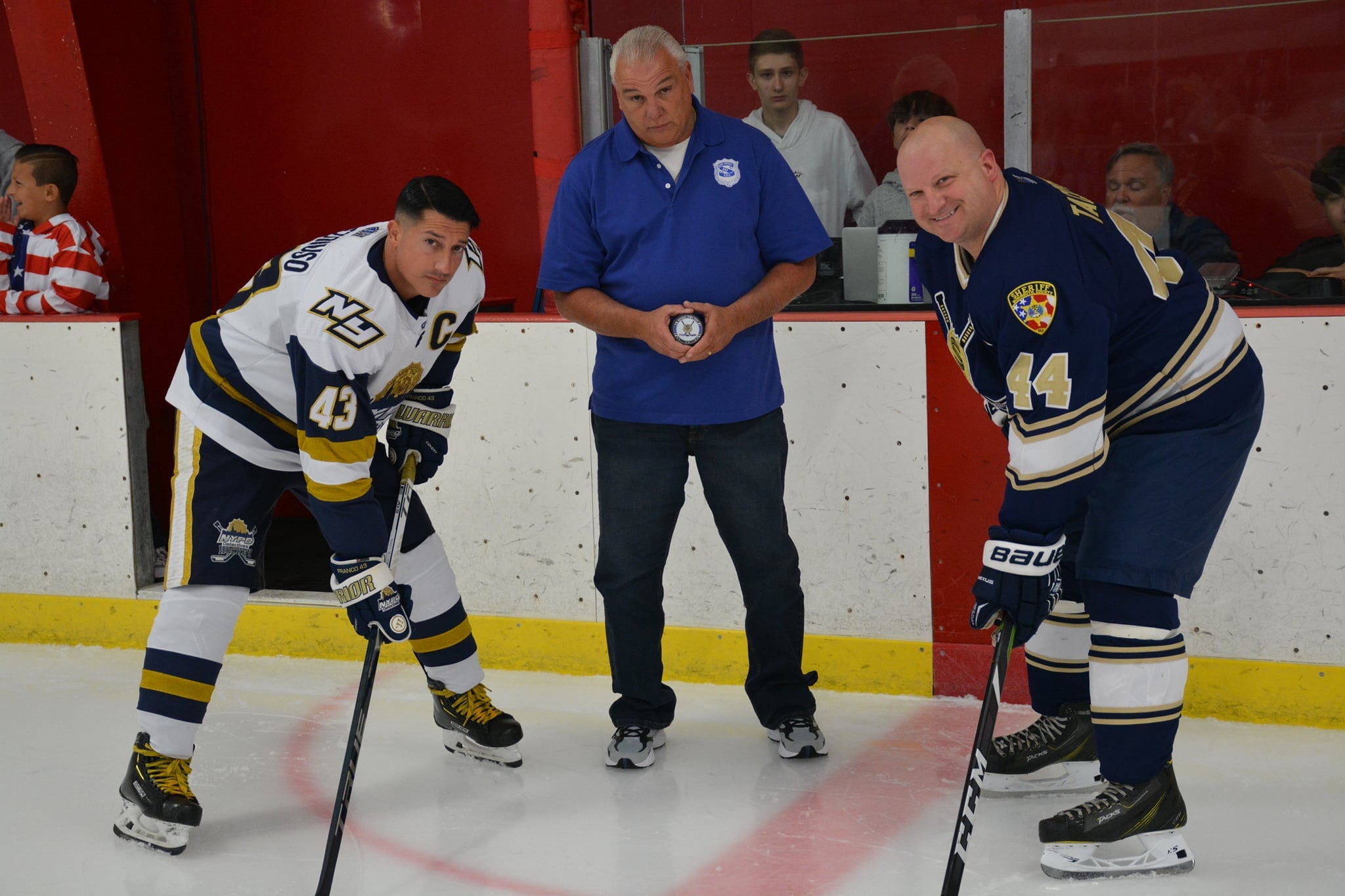 Apparently, NJ’s Strongest could not wait to open this present. Within minutes, they had generated 5-0 lead against a team made up of alumni of the vaunted NYPD hockey team. Much of that lead was built up behind the timely goaltending of Metuchen Local 60 member Joe Licata.

From the jump, NJ’s Strongest exhibited it’s high-flying, high-scoring game that always puts on a show. Paramus Local 186 member Thomas Keough returned to the team, and although Taco asked him to play on defense, Keough led the rush with two goal and five assists.

The second goal came when he carried the puck from end to end and blasted a shot that knocked the water bottle off the top of the NYPD net. For those who don’t know the magnitude of such a feat, think of hitting a home run. In the bottom of the ninth inning. Off a pitcher throwing a 98-miles-per-hour fastball.

“The first 10, 15 minutes out there I was hating it out there because I was out of shape,” Keough commented. “Then, once you find that second wind and your hockey lungs, it was great to be able to put pucks in the net, set guys up and get the win for the team.”

For Keough, the win and a seven-point night was certainly worth all the tolls he endured getting to Wall. But that was not the highpoint of being back on the ice.

“I think the two biggest things were being back with the band of brothers who have that common goal of playing a great game and putting on a good show for the fans,” he explained. “And raising money for something that helps others. Every little bit helps, and if we can help one family, it’s one family more than before.”

The NJ Strongest commitment and passion has only grown even with the pandemic-driven hiatus. Talent is running deep, including in the net where Raritan Boro Local 82 State Delegate Andrew Ragati also did some time stopping the NYPD Detectives. 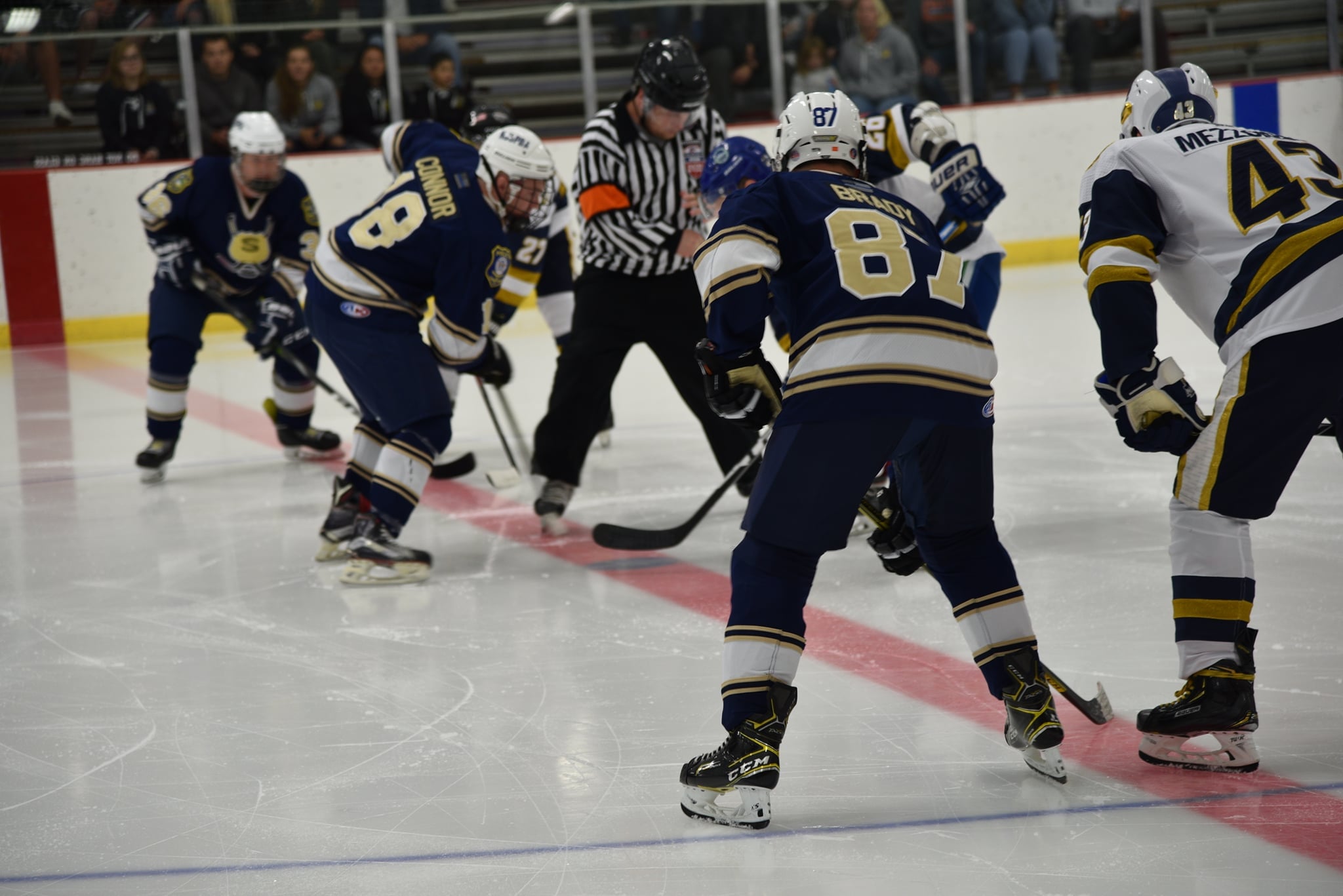 Some of the other fresh legs suiting up for this game included Kyle Williams and Brian Brady from Manalapan Township Local 229. Frank Attanasio and Chris Paletto from Local 314 also made their NJ’s Strongest debut in this game.

Morris Township Local 133 member Steve Windt came to the game to watch and find out about playing in a future game. But when one of the team members who was scheduled to play could not make it, Wendt went to his trunk, grabbed his gear and played some timely defense.

“It was cool to meet other members. You never know when your paths may cross down the road,” Windt shared. “And we get to play some hockey, so you can’t beat it. It’s a cool atmosphere and any time you can play for something bigger than yourself, it’s something special.”

For much of the game, it was hard to tell that these members had not been on the ice together in more than 18 months. On one rush, Keough lifted a long pass to State Corrections Local 105 member Chris Connor, who directed the puck from midair to his backhand and proceeded to score one of his three goals. Along with Taco, Connor recorded four points in what turned out to be a 12-6 NJ’s Strongest victory. 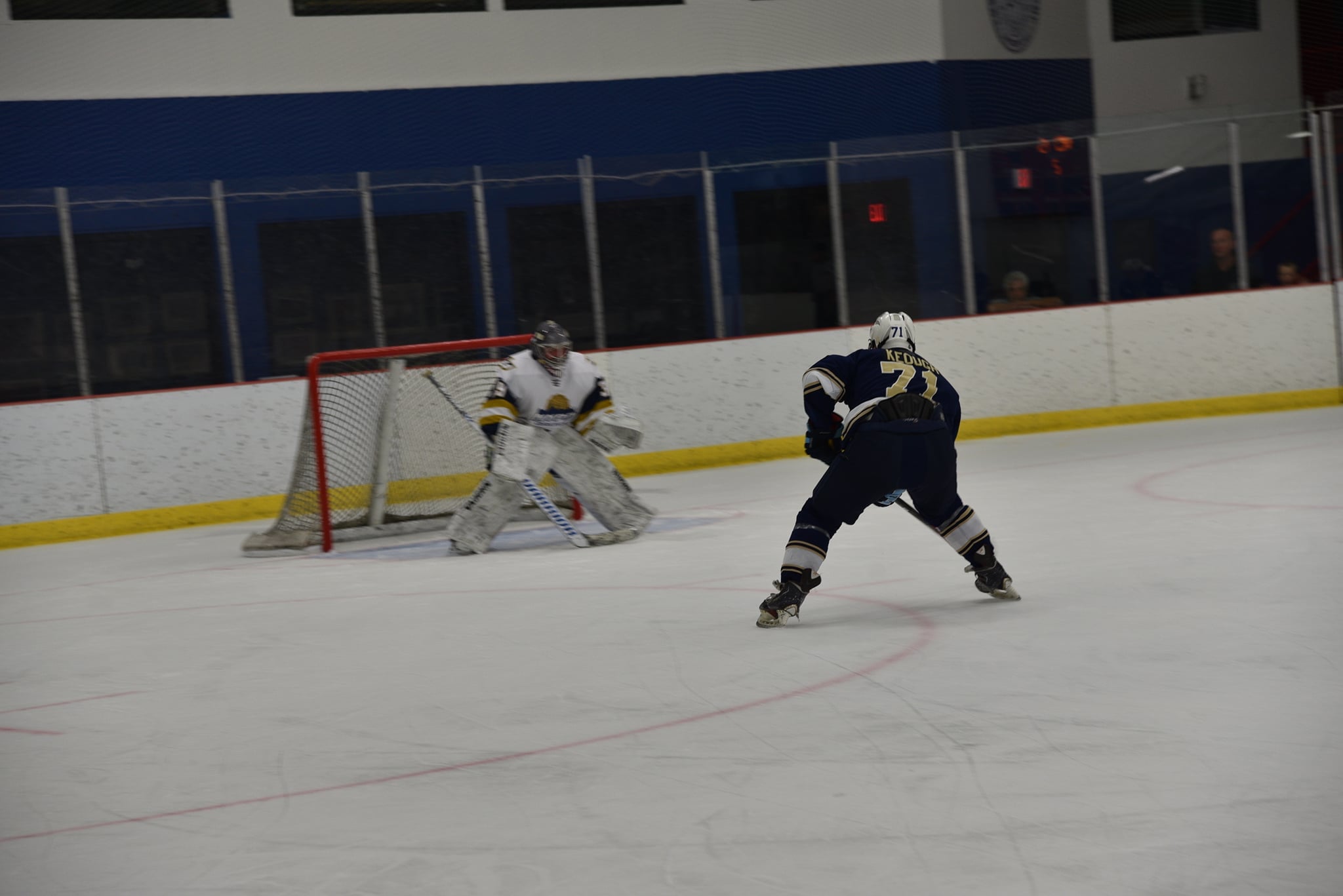 Paramus Local 186 member Thomas Keough moves on net to score one of his two goals in the NJSPBA team’s 12-6 victory.

So now it’s full speed ahead for the PBA hockey team in its fundraising mission. Taco had hoped to schedule a game for October, but the next contest will be Nov. 27 against the Saint John Vianney High School Alumni. That game will be played for the Concussion Legacy Foundation and Colin Meany, the son of Monmouth County Detectives Local 256 retired member Michael Meany. Colin suffered from symptoms related to concussions that led to losing his life.

NJ’s Strongest is also looking ahead to its annual game to benefit Mallory’s Army. That game has traditionally been played on the Saturday between Christmas and New Year’s Day, but with both of those holidays falling on Saturdays, Mallory’s game might be scheduled for the first weekend in January.

Beyond that, the team is also looking ahead to resuming its annual NJSPBA Mini Convention contest in Atlantic City. Taco has had conversations with the NJ FMBA team about scheduling games, and there is talk of a home-and-home series to be played at each union’s winter convention.

Clearly, NJ’s Strongest has not missed a beat and is ready to go on the rush to achieve its primary missions.

“We have everything in place to get the PBA name out there and continue our fundraising,” Taco assured. “We are so excited to make those connections and have that atmosphere again.”