When life gives you lemons…

If you’re Old Bridge Local 127, you take a stand and make a donation 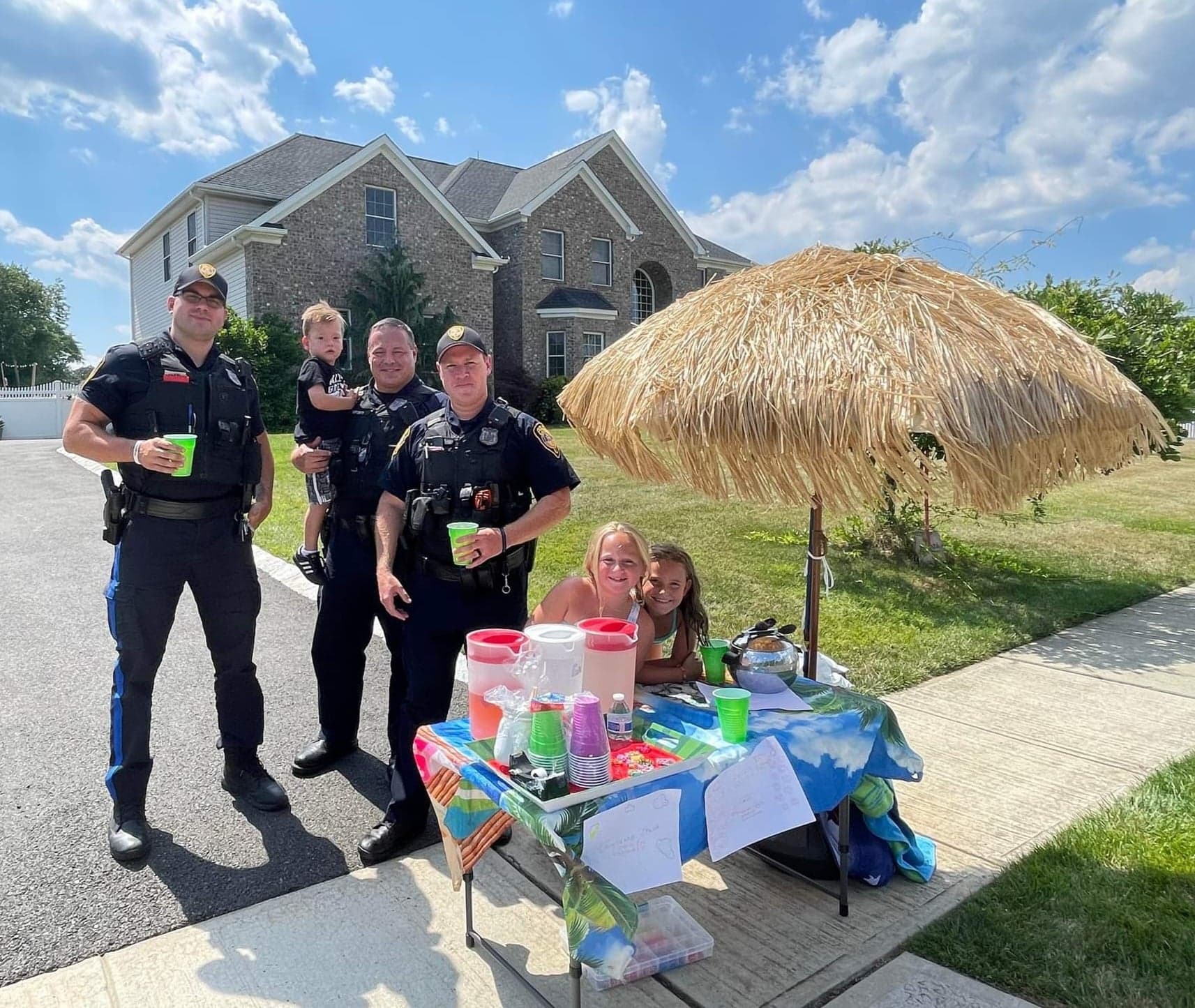 With the way the heat has been making law enforcement officers on the beat sweat more than usual, what better way to quench their thirst than with a nice cold glass of lemonade?

Old Bridge Local 127 members found a welcome thirst-quencher when one lemonade stand in particular got their attention.

On July 22, Local 127 President Vinny Galgano and members Ed Riporti, Lou Spina and Shawn Wilson stopped off for a drink at a local lemonade stand set up to raise money for charity.

Juliana, Ryleigh, Christian and Cayden were donating the money they made to the Embrace Kids Foundation. The group takes the burden off kids and their families who are battling life-threatening diseases like cancer.

The officers stopped because of a connection between Riporti’s wife and the girls. But when they got there, they were beyond impressed with what they saw.

“It’s really good that these kids are doing stuff like that,” Galgano explained. “Little kids wanting to donate money for cancer research and things like that, that’s phenomenal.”

The Local 127 members were so touched by the cause and what these kids were doing that they upped the ante. Local 127 decided to make a donation to match 100 percent of the money the kids made.

“We figured we’ll visit the stand, and we’ll throw some smiles on their faces,” Galgano added. “And then we got there, we found out that they’re actually going to donate the money. So we decided to match it.”

It’s moments like these that allow Local 127 to show the children in the community what law enforcement officers protecting and serving is all about.

“Anytime that we can go out in the community and interact, especially with the small kids, and show them the cars and the lights and they ask us questions, it’s really invaluable stuff because it’s a hands-on approach,” Galgano said. “So you’re not going to really get any better situation than that, when you can do stuff like that.”

Galgano added that after witnessing acts of kindness like this one, he has to give props to the parents. He hopes that parents will see Local 127 building relationships with their kids.

“It’s really inspiring the parents to try to motivate the kids, to say, ‘Hey, look at this. This is cool,’” he observed. “And then the kids are like, ‘Well, I want to be on with the police and I want them to stop by.’”

And it’s part of Local 127’s effort to continue to shed positive light on the work of all officers in the department.

“Well, you have to, and especially in this day and age, when there’s so much negativity with policing,” Galgano commented. “Look, it’s no secret that the media thrives on negative stories. So we have to flood them with as much positive stuff as we can, to try and balance it a little bit. So we just try to promote the crap out of our PBA, because these are the people in our community that also are going to support us.